Did Seth Vaughn Call the NorCo Workforce a "Gang"? 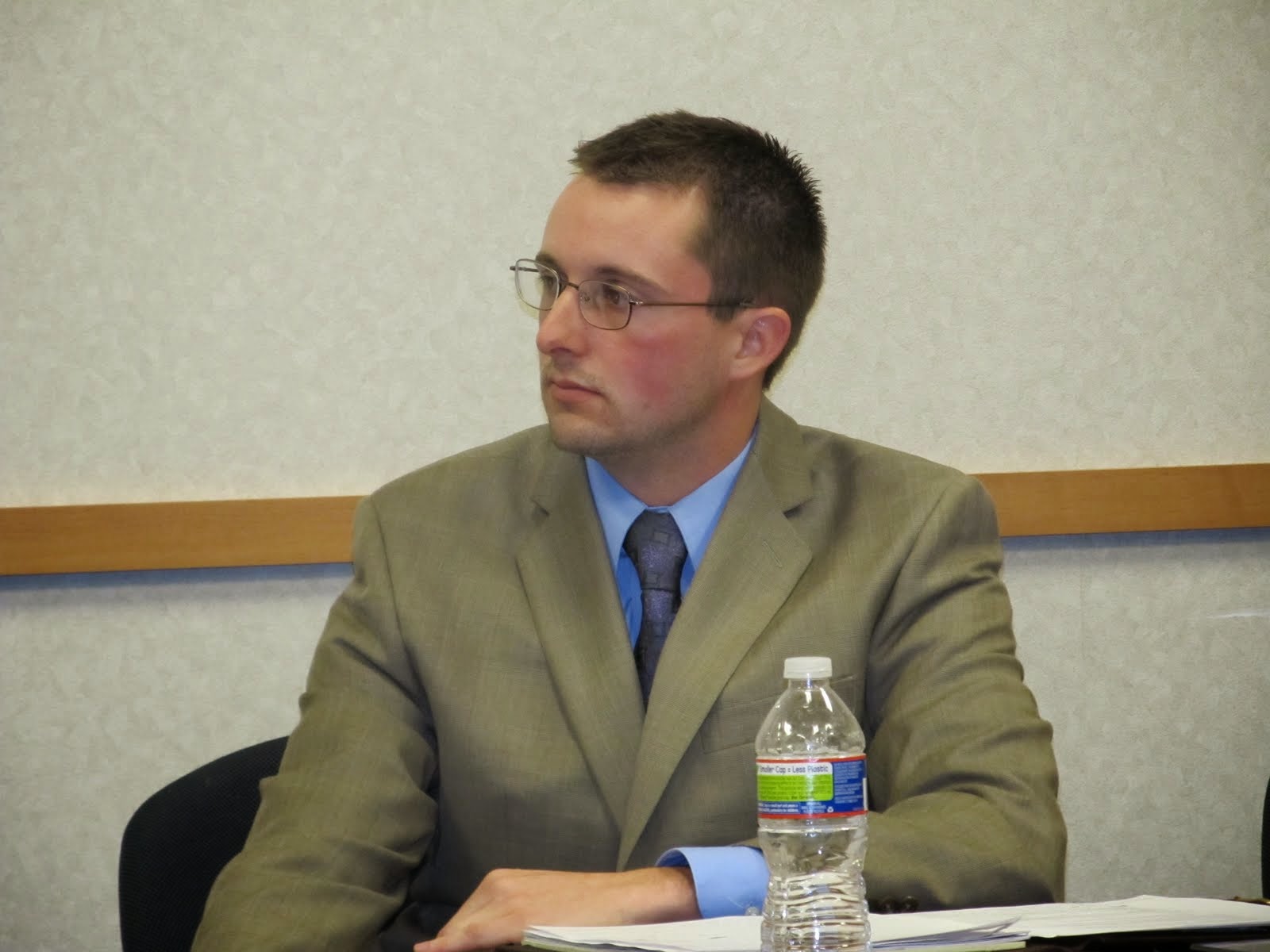 "When did Lamont become Council President?" asked Glenn Geissinger. "I missed that.".

"He's showing off for his gang", answered Seth Vaughn,.

Did Vaughn just refer to the County work force as a gang? It sure sounded that way to me.

He denies it with this statement:

It was not my intention to offend anyone with my comment. The comment was not directed at the county workers that evening. I was actually just joking around with Glen about Lamont and his close confidants. I often joke around with the other members and wasn't trying to be insulting. If anyone in the audience thought the comment was directed towards them, then I do apologize. Thank you for giving me the opportunity to clear the air."

I'd agree Vaughn had no intention of giving offense because he did not know he was still being recorded. As for his claim to be the Council clown, that's a bit of a stretch. I regularly attend Council meetings, and he's been no barrel of laughs. I'll leave it to you to decide whether he is demeaning the workforce or joking.
Posted by Bernie O'Hare at 9/22/2014 12:00:00 AM

Oh please! The gang he was referring to were union zealots who were there at the request of their leader Puff Daddy James. This was an orchestrated demonstration by employees with an axe to grind. Seth called it like it was.

I am sure Seth Vaughn had misspoken without even thinking. There is a tendency to do that, in his case.

The workforce or "gang" got the election results they deserved. they were told and warned of the tea party backed Republican ticket and their agenda. They made their plans clear at party gatherings. The workforce did what it does best, nothing.

Now they are crying the blues because they have to face reality. Enjoy the next four years, you earned them.

It is true the county employees are great at being lazy then bitching about the result of their laziness. Suck it up cupcakes. if you don't like your jobs there are hundreds of people who were turned away that applied but have no insider help.

union pukes are actually worse than a gang

it is my view that is exactly what he views the employees... he didn't misspeak ,unfortunately ! i'm sick and tired of the county employees being called lazy ,you try and do their jobs ,you won't have enough time to suck up a cupcake or anything else for that matter !

" The gang he was referring to were union zealots who were there at the request of their leader Puff Daddy James."

So all employees in the union under James are a gang? That's what I thought he meant. Thanks for verifying it.

What's the big deal? He could have used the term "posse" and you would have criticized him for being racist. Just semantics, you fool!

Nice crew you have here Bernie. You really stoked the fires of Tea Party bullshit over the years and have drawn them right in.

Rather use the term "mob."

This, of course, is nonsense.

"He could have used the term 'posse' and you would have criticized him for being racist. Just semantics, you fool!"

This makes no sense. None.

It's no wonder BOH's tea party followers support this fool's comments. It is surprising that an elected council person would have such disdain for people who work in the service of citizens.

9:50 so sorry your delicate sensibilities were offended by Vaughn's OUTRAGEOUS reference to Lamutt's followers as a "gang." NO ONE should utter any word that can be used against them by thought police.

"9:50 so sorry your delicate sensibilities were offended by Vaughn's OUTRAGEOUS reference to Lamutt's followers as a "gang." NO ONE should utter any word that can be used against them by thought police."

I suspect Vaughn will hear about this again.

if he meant to be offensive, there are so many worse things he could have called them.

"gang" is kinda neutral, and depends in large part on context and intonation.

i think he should pussy-footing around. if he wants to P.O. the workers, refer to them as "death squads"

Seth and his public worker and union hater supporters just go to prove that there ate more horse's asses in the world than there are horses.

2:55 - written from the perspective of a donkey's ass.

"This, of course, is nonsense."

Not true on your part. Do some research. People have applied for jobs. They have great test scores and are ignored by the county. Sorry. Insider knowledge makes this true.

Is Seth Vaughn married. I see him with a young kid but I was told he is not a father. What is his deal?

Seth's personal life is none of your business. Comments like the one you just posted make you look creepy, which you probably are.

Not to defend the creepy guy but personal lives of elected officials are most certainly the people's business.