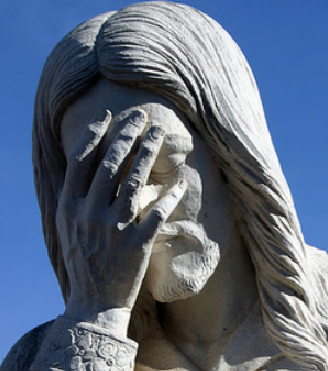 Think things are bad in Nazareth? West Easton? At least their Council members aren't threatening to kill each other. For that, you have to go to Coplay.

Coplay has always been one of my favorite Lehigh Valley communities. In July, it's home to an annual baseball tournament for kids age 9 and under. It's great for the kids. For many of them, it's their first opportunity to use big barrel bats. I can still remember those games vividly.This successful tournament has been going on for close to thirty years. Instead of power bars, baseball players consume the best homemade pierogies in the world, along with strawberry shortcake. The tournament always ends with a night of fireworks to match those that go on inside the baseball diamonds.

Fireworks have been going on at Coplay Borough Council, too. In 2010, I attended a fractious meeting, and concluded pretty quickly that they pretty much thumb their noses at the Sunshine Act. The Morning Call's Bill White reached pretty much the same conclusion.

I thought things must be improving after Bill Leiner, a former Lehigh County Commissioner and one-time Mayor of Coplay, was elected to Borough Council. Just last year, he told The Whitehall-Coplay Press that he would "continue to work for open, honest government ... and work to eliminate the negative politics from the council chamber during meetings."

In August, while attending a picnic at St. Peter's Catholic Church, Leiner was approached by someone who told him he'd like to kill him.

"If I could kill you and get away with it, I would," said this person repeatedly until Leiner decided he better get the hell out of there.

The person who threatened him is another member of Borough Council, Carl Luckenbach.

I contacted Leiner, who tells me he has no idea what set this guy off. I contacted Luckenbach late yesterday, but have not heard back from him. If I do, I'll update this post.

Luckenbach was charged with disorderly conduct, and last week, entered a plea of guilty. His fine and court costs totaled just $168, which is something of a bargain for a conditional death threat.

Maybe District Judge Robert Halal was running a special. Or it's not considered that serious at a Catholic Church picnic.

Leiner told me he's satisfied that Luckenback "has paid his debt to society," but I don't know. While there is no way to force him out of office for a summary offense, his threatening remark to another elected official undermines Borough Council, and he should resign.
Posted by Bernie O'Hare at 9/30/2014 12:42:00 AM

Email ThisBlogThis!Share to TwitterShare to FacebookShare to Pinterest
Labels: Coplay

If it was so serious, he should not have been charged with a summary offense that carries a maximum fine of $300.

Ah the arbiter of morality makes yet another pronouncement.

This is what Coplay residents have and keep voting in. Back in the 1990's he was arrested for a DUI for driving the wrong way on the William Penn highway. He also made a very threatening statement at a Coplay Park and Rec.pubic meeting.Other Council members were in attendance. A local newspaper editor was there and never reported it in the Whitehall/Coplay press.Bullies are now running the Borough! anonymous

This is what Coplay residents have and keep voting in. Back in the 1990's he was arrested for a DUI for driving the wrong way on the William Penn highway. He also made a very threatening statement at a Coplay Park and Rec.public meeting.Other Council members were in attendance. A local newspaper editor was there and never reported it in the Whitehall/Coplay press.Bullies are now running the Borough!OOPS (public) anonymous

Look, Mr. Luckenbach engaged in a crime. It was an ugly display of either irrationality, stupidity or unwarranted hate. Threatening anyone's life in sincerity is a crime. Carl did the right thing. He plead guilty; paid his fine and that is the end of this episode. However, because he is in the public eye as an elected official, charged with upholding the public trust he is now facing the "Court of Public Opinion." I spoke with a council member who is a friend of Carl's yesterday. Although he wants to support Carl he realizes this was a crime. I told this council member that there will be people demanding Carl resign from Coplay Council. Carl can stay on if he chooses. I told this Council member friend of Carl's that had I perpetrated this crime the day I plead guilty is the day I would have resigned from Coplay Council. Unfortunately, there are about 8-10 what I consider "political scoundrels" who have tried unsuccessfully to give me a hard time dating back to the days when I was Mayor. There is little doubt in my mind that these clearly misguided people will try to spin this as a non-event and somehow blame me. The facts are clear: an ugly event occurred, a criminal complaint was filed, the District Attorney approved the complaint, the perpetrator plead guilty and paid a fine. These political scoundrels can have their opinions, but they cannot have their own facts. Carl needs to do the right thing which is to resign as a Coplay Council Member. Bill Leiner Jr.

By making a simple phone call I found out that MDJ Halal recused himself from this case and the fine was set by the acting MDJ. Before statements are made about any elected official, the facts should be verified BEFORE put in print!

The first comment simply amazes me. It's not "that serious" to say you would kill someone if you could get away with it? Don't we have enough examples of hatred and venom in this country? Maybe EVERYONE, especially an elected official, needs to watch what they say. We all meet people whom we do not like and that's life. A public display like this disgusts me. Don't shove it off to the side. It happened, and it is awful.

Well there was no desire on my part to slam the Judge. I called Lickenbach, who did not speak to me. I talked to the victim. And I checked the online docket sheet, which lists Halal. In recitals, the new Judje's name appears, at least in Northampton. I will call to verify what you say anonymously. Interesting that are worked up. I'd like to know what judge imposed this ridiculously low fine.

Crime must be going down.