Why Did Republican Charlie Dent Win? He Can Thank the Greens 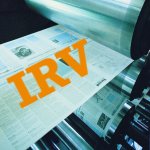 Greta Browne, "pyschotherapist" and queen of the Lehigh Valley Greens, pulled in 17.3% of the votes in the race for the 15th U.S. Congressional District, enough to insure a Dertinger loss. When she ran for Congress two years ago, she abandoned her quest on election eve, betraying those who had supported her. FEC records reveal her campaign was financed in part by big money Republicans, and her explanation was both late and unsatisfactory. She never answered questions about her supposed private psychotherapy practice, which is not listed in any phone book. But because she was treated with benign neglect by her opponents, most voters were simply unaware of these criticisms. Net result? Charlie Dent wins this race with only 46.3% of the vote.

If Instant Runoff Voting was used, as suggested by Morning Call columnist Bill White, Dertinger would probably have won this race. Under this system, voters list their candidates by order of preference. Most Browne voters would list Dertinger as second choice. Under this system, Browne would be eliminated as the candidate with the fewest votes, and results would be recalculated using voters' second choices. The Browne votes would go to Dertinger, and he would win with 53% of the vote.

Update and Correction: I have to thank an anonymous commenter who was kind enough to tell me I'm full of shit. The state election returns show Browne has only 3 percent of the total vote. That's consistent with what I saw on TV last night. This morning, the state returns did show her at 17.3% for some reason. I would be fully prepared to say I misread the numbers except for one thing. LVDem, who's younger and smarter than me, noted this morning that Browne did did "very well in Lehigh County... well enough that Dent didn't even clear 50%." But when you look at the returns now, they show Dent with 55.4% of the Lehigh County vote. According to the results as now reported, Dent has 52.8% of the total vote, and Instant Runoff Voting would not come into play under those circumstances.

no greta only pulled in 3% of the vote

Thanks for the correction. This morning, the state siter showed her w/ 17.3% for some reason. I'll update my post with a correction.

Congratulations to Greta for doing so well for the Green Party. Too bad your biased and personal smear campaign didn't work.

Anon 12:56, Yeah, 3% is just terrific. I don't like Browne. I freey admit that. But she smeared herself. 1) FEC reports did show Congeressional greens, including Browne, as recipients of $40k in blood money. 2) Browne's explanation, posted on her site, was backdated and unsatisfactory. 3) Browne did condone use of a payment per signature scheme. 4) Browne is not licensed by the state in any capacity as a mental health professional but claims to be a psychotherapist in private practice. 5) Browne's private psychotherapist practice is not listed in any phone book. 6) Browne betrayed voters last time she ran by abandoning her candidacy on election eve.

Did I point these things out? You bet. You seem to think she is entitled to some immunity bc she is a green. Had she been a major party candidate, she could never withstand the scrutiny.

I've said it before and I'll say it again what killed Dertinger was the slipshot job the Democratic party did at turn out voters in the boros and twps.

Considering his late entry, lack of name recognition and poor funding, he did surprisingly well.

Bernie I'm with you on Browne. And the State Green party.

They never wanted to work with me back in the day in Monroe County when I was trying to start a county party because I cam from the Nader camp.

Apparently they feel they would have gotten more votes in 2000 with out him.

And I find it funny that goofball Cobb they propped up in 2004 when they plainly did not want to win, was cutting and pasting Naders platform and calling it "their" plan.

When I run for office it will be with my own "Non-National significant other" party NOT the greens or those goofball stoner/Repubs called Libertarians!

They sure don't like criticism. The Green party is dead. It just doesn't know it.

If Dertinger had ANY sort of financial support at all this might have been a nail biter.

The Green Party might as well call themselves what they are... a puppet wing of the GOP used entirely to draw votes away from Democratic candidates.

Bernie,
I've been reading your blog and really enjoy it, though I usually sit "on the other side of the aisle" from you.
I would not assume that people who vote for a Greta Browne are always going to pull 100% from 1 major party. Sometimes, it is a protest vote since NOTA is not an option. I've pulled the 3rd party lever in the past when I couldn't stomach either major party candidate. I'll bet some R's voted for Great just because Dubyah makes them ill. I almost did.

BTW, on this go round I went for Rendell, both Casey's, & Orloski. Only Charlie Dent got my registered republican vote and that was close.

I didn't vote for Dertinger either because I have seen him in action at County Council mettings and was not impressed. I think once he gets some experiene in public offcie as a county council member it will help his future in politics.

IRV seems to break the very ideal of the right to vote:one person one vote.

You and I are in different parties but we voted the same this time around. I apprciate your viewpoint. It's good to have people from both sides of the aisles talking to each other instead of about each other. Take care.

Ben, How right you are! There's a picture on Gort's blog of Green Romanelli and Hobbit Santorum this past weekend. It's priceless.

LST, No, think about it. IRV is actually fairer than a system in which a person who has less than a majority ends up winning. If Browne really had 17% and her supporters picked Dertinger as choice #2, Dertinger would be on his way to DC. I think it's a bit more democratic.

Sorry Bernie, I know I never studied political science, goverment, or law, but I can't see your point. I am not aware that a canidate needs a majority of the vote to win. I thougtht that a race was won by the person who had the most votes whether it be one or one-million.

LST, If you have 20 candidates running for one office, it is conceivable the winner would be the person who had 5% plus 1 vote under out current system. That's the person with the most votes, but he was rejected by 95% of the voters. I don't think it's very democratic. It's the "winner takes all" system. We've operated that way for mahy years, so it's hard to think of anything else. But if you think about it and still don't like it, you certainly have that right. And that's certainly the way we do things now.

I feel Dertinger would have won if he had not lied to the Slate Belt about pulling the bond money for the road. Charles promised to pull the money when I posed that question to him at a Pen Argyl Concerned Citizens debate in Plainfield Township and then did a complete 180 when the issue came up to vote at County Council after his later appointment. I was there that night and vowed never to vote for him - I do not vote for liars. Changing your mind on an issue after careful research is one thing - but betraying a promise and giving no reason is completely another. No wonder Dertinger came unglued at the Pen Argyl debate!

Also, I do not know why people are saying Charles had such a perceived lack of support and funding. I got so many E-mails and fliers in his favor, all union based (my husband was a union member up until earlier this year). Organized labor has the bucks and the manpower, and it appeared to me that both were behind Charles.

By the way, your blog is awesome Bernie - keep up the great work :)

Windgapper, Thanks for your nice words. I find the comments are almost always more entertaining than the posts. But I'm glad you like the blog. Angle has told me he will soon introduce legislation making it permissible to shoot bloggers at will. I think it will pass overwhelmingly.

That debate in Pen Argyyl was the finest I ever saw. I was especially impressed by how the panel who prepared questions took their job so seriously. They were tough and provocative questions. But there was an air of respect that night. I can't wait for the next debate. It was terrific. And I believe that's the night Dent won my vote. I din't realize it at first, but as the words sunk in over a period of days, I was persuaded.

Bernie, sorry about the confussion from the DOS site. I'm not sure if you saw the numbers or not, but they messed something up badly from what I saw at 7 AM compared to what I saw later in the day. It's really amazing how these things can happen.

Sorry to you, your readers and anybody else that was confused by what I posted. Changing data can create a ton of problems.

Even though I hold no love for the Green party. If you do the math the greens did nothing. If all of the Green Party votes went Dentinger, he still lost!

When they BOAST Dent is a "Independent Republican" they can only offer TWO reasons for that claim.

1. Stem Cells (which most Democrats are for.)
2. Illegal Imigration a issue cooked up by the GOP to take the word IRAQ out of the mainstream chatter! Big woop he went against Bush on that, and Stood by the Minutemen, Barletts,, O'Reilly, he stood by the GOP!

So Dent is a renegade on one issue only an oblivous fool could not support. (And even I support it!)

Once again a lack of Educated voters in the valley think TV has the answers all TV news does is gives great press to their biggest advertisers election season, (as does One local paper whom runs ads for almost a month asking campaign managers to advertise with them!)

Dent won because the bafoons belived his own claims in the form of TV News Stories.

LVDem, I'm just glad we both saw the same thing. I completely fell for it, too. I should have realized something was seriously off.

Spike, I had miscalculated early in the day on the basis of some misinformation that came from the DOS site. I would be prepared to say it was my brainfart, buy L:VDem saw the same thing himself. But he was smart enough not to write a post about it. Not me!!!