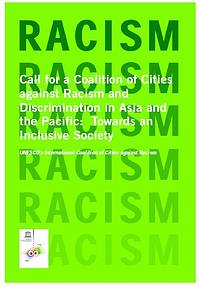 Today's Morning Call and Express Times both tell you that a LANTA bus driver was recently assaulted in Easton by a disgruntled passenger who was asked to take his feet off a seat. The Morning Call provides no description of the assailant while the Express Times tells us he is black, between 20 and 25 years old, 5 feet 8 or 5 feet 9 inches tall, 165 pounds, and wearing all-black clothing.

Easton police today released a raw surveillance video to WFMZ and asked viewers for help in identifying the suspect.

Fear of racial stereotyping has led many papers to shy away from use of racial identifiers. The Roanoke Times, for example, will "not mention a person's race in describing criminal suspects or fugitives unless the rest of the description is detailed enough to be meaningful. Sketchy descriptions are often meaningless and may apply to large numbers of innocent people."

In this case, where a suspect is at large and police are asking for the public's help in finding him, race is relevant. This is especially so since there is also a description of the person's height, weight and age. Given this detail, there is little risk of racial stereotyping. And racist commentary was still plentiful in The Morning Call's online forum, a truly scary place. One enlightened reader states the driver should have "axed" the assailant to put his feet down.
Posted by Bernie O'Hare at 11/29/2006 07:30:00 PM

I can't say I disagree with you there. There's a lot at work on this issue though, and it takes a lot of time to deconstruct. I hope that's why this post hasn't gotten more responses, not just because of apathy.

I'd say that if identifying race is considered highly likely to help crack the case, they should do it in the public interest. If not, we don't need to reinforce ignorant positions.

So I agree with you here.

I agree 100%. This is an ongoing issue with the mcall. Are they afraid they will upset someone? Maybe they enjoy stirring up controversy and discussion? After all, that may generate more revenue for them.

Also, I noticed, they deleted all of the racist posts in their thread. Kind of funny that they never did in the past, but now that you mention is, they clean it up.