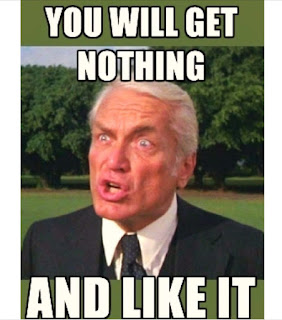 By approving the refinancing last night, County Council has given financial adviser Scott Shearer the authority to pull the trigger if he can save the county $3.2 million.

There was some confusion among Council members about a $75 million issuance to refinance $61 million in debt. Shearer explained the refinancing would have to include the interest, which would increase the debt to about $67 million. He has no expectation of issuing $75 million in bonds.

He added the only purpose of this new bond is to refinance existing debt. There will be no new money.

In other business, County Council introduced an ordinance to condemn 150 South Union Street in Easton. This is adjacent to the county campus and is for a handicap-accessible parking lot to service the courthouse and jail. Interestingly, this property was just purchased in February September by Sunblest Holdings, LLC, and at a Sheriff's Sale, for $33,045.00.

As the meeting ended, Council President Ron Heckman announced that Vargo-Heffner was absent because her father passed away the previous day.He asked everyone to keep her and her family in their thoughts.
Posted by Bernie O'Hare at 10/18/2019 12:00:00 AM

Ids this a way to pad the county coffers?

Here we go again. ANOTHER "SWAPTION" scandal for Northampton County?

Bernie any idea why Peg voted no?

And Sam, please go away.

I have no idea why Peg voted No. She participated by phone so I had no opportunity to ask her. But I was bothered by the lack of attention to the details of the actual ordinance. It required five amendments. The biggest of these - the requirement that there be a savings of three per cent - was completely missing. This omission was picked up by John Cusick, not the bond counselor financial advisor. That is their job. They failed.

I am told these errors are because of our Council Clerk, and I have seen her make errors before. But the ultimate responsibility for this is the bond counsel and administration. It was too sloppy for a major deal and I would have tabled the matter. It was hardly reassuring.

As far as the merits of it are concerned, the downside is that the county might save much more than three per cent by simply waiting. But it might not. This issuance gives the county a bird in the hand vs. two in the bush. But there is no risk like here was with the swaption.

What is it with this county and city and parking lots? Continuously taking property off the tax rolls in order to make parking. I've gone to the court house easily twice a week for my job for the past 12 years. Yes, you may have to walk a block but never had a problem finding a space. As for handicapped parking for the prison, why couldn't they just make some of the metered spots out front of the door handicapped parking? Seems a lot cheaper and easier of a solution. I guess when you're wasting other people's money, it doesn't matter.

Parking at the courthouse is a challenge. That is the reality. You may have to walk several blocks, and uphill. It is no waste of money to provide access to the people's building.

The new lot the county is creating is already off the tax rolls and has been over 10 years. Get the facts straight.

"Interestingly, this property was just purchased in February by Sunblest Holdings, LLC, and at a Sheriff's Sale, for $33,045.00."

Bernie, I must have missed it in the opening paragraphs of this thread, but who is Shearer? And at least Cusick caught the error. Still not reassuring. Thanks!

County has crazy amounts of parking on Union St, why do they want a half double. That's like 4 parking spots. Who advises the County on this stuff?

How does a blind voter vote?

"I am told these errors are because of our Council Clerk" and "but the ultimate responsibility for this is the bond counsel and administration". Which is it? You can't have it both ways or are you just trying to smear the Council Clerk again because you can't stand the fact that she earned this position through hard work and not being a political crony?

I think I was clear. I made no attempt to have it both ways. The ultimate responsibility for the accuracy of this proposed ordinance rests with the administration, the county financial advisor and its bond counsel.

"Bernie, I must have missed it in the opening paragraphs of this thread, but who is Shearer? And at least Cusick caught the error. Still not reassuring. Thanks!"

I should have been more clear. Scott Shearer is the county's financial adviser

"How does a blind voter vote?"

It shows you on the video

" you can't stand the fact that she earned this position through hard work and not being a political crony?"

She is a very good administrative assistant. She worked very hard in that role.

I stand corrected. I must have read it wrong. I find this quite strange bc the county could have bid in the property had it wanted it.

Why would the County pay for it when they can have some sucker buy it and take it from them for free. McClure is much smarter than the previous executive.

A condemnation will cost much more than it would to have bought at a Sheriff Sale.

As I reflect on this, it may be improper for a county to participate in a sheriff Sale it conducts

"She is a very good administrative assistant. She worked very hard in that role."

Obviously another snide slam on this woman. You attack her because you have been fed misinformation by the Admisntration whom tried to have her fired. Yet you are just fine with a clerical tech being called the executive administrative assistant being paid and getting raises our of class. You claim to help employees. You may help a few, that you like

The County Council Clerk gets paid WAY TOO MUCH of TAXPAYER dollars for her position. THAT NEEDS TO BE DEALT WITH. There are always errors in things coming from the office. Those positions get paid more than typical County payscale. Why? Check it out. Also, the Clerical Tech/Specialist that needed a job so she had medical benefits because didn't win her political run is TOTALLY A POLITICAL PAY. Please report back on her title and pay changes since her hire date. McClure needs to go!!!! Wasting taxpayer money!!!! Corruption at its finest. No better than Brown and possibly worse.

Blogger Bernie O'Hare said...
"As I reflect on this, it may be improper for a county to participate in a sheriff Sale it conducts"

...and you do title searches?