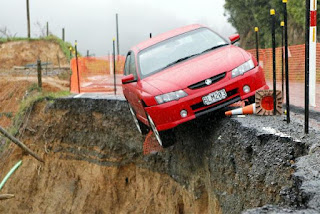 If you work at or visit Northampton County Courthouse from time to time, you know parking is often a challenge. What's worse, the courthouse sits atop the forbidding Washington Street hill. It's great cardiovascular exercise, but is actually dangerous if you have medical issues. To make the people's building a bit more accessible, Executive Lamont McClure recently razed the county-owned Milides building, which is directly across the street. He plans to expand an existing  40-space parking lot to one with a capacity of 104 vehicles,including eight parking spots. Finally, he will improve a crosswalk across Washington Street, between the courthouse and this parking lot. Tonight, Northampton County Council will vote on $960,896 in contracts for general construction and electrical. The contract duration is set at six months.

Council was updated on the project last night.

Bean Inc has been recommended as the general contractor, and Wind Gap Electric for the electrical work. This is the result of negotiations with both firms after two attempts to solicit bids were unsuccessful. This is because the project will require work to prevent continued subsidence down the side of a cliff along the southern edge.

According to Public Works Director Mike Emili, Michael Baker Internat'l has been engaged to do the engineering for the crosswalk. This part of the project is financed by a grant from the state Department of Community and Economic Development. It is expected to be similar to crosswalks used by Moravian students along Elizabeth Avenue in Bethlehem. The crossing will include pedestrian push button to trigger flashing lights and warn oncoming traffic.
Posted by Bernie O'Hare at 10/17/2019 12:00:00 AM

Someone should take an inventory of how many handicapped spots are needed for the Courthouse Complex. It appears there are a lot more than we need. The county should also check to see who is parking in these spots. There appears to be some abuse by individuals not obeying the handicap laws.

I would argue the opposite and that you are just too lazy to do a bit of walking, lol.

This parking lot won't help with the parking issues...they will most likely be all permit spots for those who need an additional spot in case they don't want use their 1st permit spot.

Lol. Don’t give them any ideas!