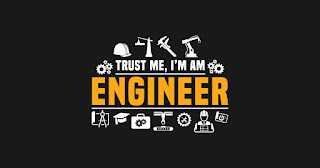 The Pidcock Company is a 90 year-old engineering firm representing numerous public and private clients. Among its 11 public clients is Bethlehem Tp. In addition to performing services directly to the Township as its engineer, Bethlehem Township is authorized by state law to charge developers "reasonable and necessary fees" to review developer plans and inspect the actual improvements. A dispute over these fees has led developer Traditions of America (TOA), which already has both plan and permit approval for an active senior community at Green Pond, to seek judicial relief. In a mandamus action filed against the Township on October 21, TOA asserts what essentially amounts to a shakedown. It is asking the Court to order the Township to start using another engineering firm, Arro Consulting, which was appointed for conflict cases. The merits of this matter will be decided in court, but this does raise an interesting question. If Pidcock is bilking a developer, is it also bilking the taxpayer and Township? I am unable to answer that question, but can tell you it has blown its budget with the Township by $217k.

This year, Bethlehem Township has budgeted $60,000 for Pidcock's direct services to the Township. Based on my review of this year's budget, along with billing statements attached to the agendas of every meeting, it looked to me as though Pidcock had charged at least $130,000, with two months to go. I asked Township Manager Doug Bruce whether I was wrong, but believe it or not, I am right!

Now when custodians blew their budget, they were replaced in the middle of the year. When the Library costs go up, there's a long line of moaners and groaners at the next meeting. But Bruce defends Pidcock:


"The Board of Commissioners and the township’s staff rely on Pidcock for thorough and professional engineering services, delivered in a timely manner, for widely varied projects: traffic, public safety, stormwater, land development, public infrastructure, sinkholes."

Well, they're relying even more on the taxpayer to foot the bill.

By the way, in addition to the $130k directly billed to the Township, Pidcock has submitted $653,000 so far this year in bills to developers like TOA.

Perhaps TOA has a point.

What kind of "professional engineering services" have they offered to fix the hole in the sidewalk across from the Butztown Hotel?

I've been wondering about that stretch as well, especially since PennDOT (I assume) widened the road on the other side and installed new sidewalk/retaining wall. Is the collapsed sidewalk/storm drain still a pissing match between the Twp and PennDOT, hoping the homeowner fixes? OR, perhaps there already is a plan to fix it next year?? A phase two of improving that intersection?? If not, besides an eyesore for the Twp to have years of barricades, the potential liability (which is what everyone seemed to be afraid of assuming) can still bite them. Let's just imagine when that intersection floods, and a stranded motorist not familiar with that area gets out of their stalled car, and walks that way instead of toward the Keystone, and falls/sucked in. Sad, I recall there was a compromise several years ago where one (Twp or PennDOT) would provide the materials, and the other the labor. And a few years before that, briefly PennDOT tentatively agreed to fix. But too many were afraid of "ownership" of it, and years later it is still an eyesore and hazard. If something happens there, I predict the homeowners, Twp, and PennDOT will all be sued, and the later two have the deeper pockets to go after. Somebody do something.

The reason that Willow Park Rd area with the collapsed sidewalk remains that way is bc the homeowner refuses to fix it. He has been ordered by the court to do so, and is still resisting, claiming he does not own it.

How many other Beth Twp engineering firms have their hands in the kitty? Budgeted items or nonbudgeted? Same for law firms. Doug is way in over his head!

Why was the side of the Butztown hotel improved when there was no problem? Don't tell me it was about stormwater issues either as the storm recently where there was a rescue was post improvement??? No help with flooding...

This is all to common with municipalities. The government looks at it - "so what the developer is paying" and meanwhile someone is being ripped off by the engineer's and lawyers.
If you leave the engineer's and lawyers to control and write the checks without an oversight you see what happened with the lawyers billing of a school district in the slate belt and the run away fee's charged in every municipality around without oversight. I hope this becomes the poster child for a law (wake up representatives- oh that's right they get big bucks at election time). There should be a law that they must have 3 professional's for the applicants use.
Just a regular person and between your zoning variance, land development and engineering fee's your broke before you can even do a simple project. We did not do a simple addition due to adding the "fee's" were more then the project and the Township did not care when I complained.

Time for Tara Zrinski to look into the Townships shenanigans.

So, for the sake of a "pissing match", that hole across from Keystone remains open, and a liability and believe me, if something happens, ALL will be sued..... the TWP should fix it and sue the owner if that is what must be done. It has been years.

Is that also the area that the women was swept into the sewer drains?

Opting to increase the budget line 200% from 60K to 120K is based on what? Unicorn dreams? Who is justifying the increase?

It's a state road, township can't touch it.

This is not difficult to understand. Read it.

I can't follow the numbers. In the title it says "$217%" which has no meaning. In the body of the article, in one place it states 217%, which is 117% over the budget. In another place, it states $217K has been spent. Too many "217"s for me to keep track of - I see your response to another poster indicates that what you wrote makes sense. I am going to move along and accept that you are smarter than I. I know only that my brain hurts.

Lawyers and engineering firms, in this current environment, are making a lot of money off the backs of the taxpayer(s). Most municipalities contract with both legal and engineering entities for many different things. Mainly to prevent or protect the municipality from any liability which could, possibly, ever, be a burden to the taxpayer. Elected officials have a responsibility to the taxpayers to spend money as prudently and appropriately as possible. This includes making sure all rules, laws and regulations are followed. That alone is quite complicated. Government runs at the speed of way too slow for me. It took five years for PennDot to begin work on replacing the stoplight in Pen Argyl.