Getting Healthy is Making Me Sick 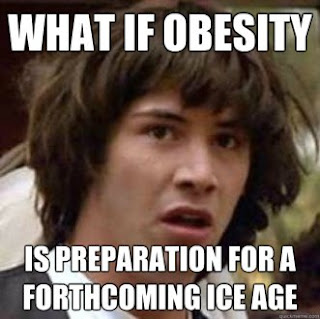 In the beginning weeks of July, I discovered I was in terrible shape when I did some dog-sitting. I could barely go 20 minutes without collapsing. Suki, my grandson's dog, would periodically stop and look at me with what looked like utter disgust. Perhaps it was pity. Well, no five-pound Jack-a-poo is going to defeat me. So I began walking every day. Sometimes twice. After a few weeks, I began to reduce my food intake, too, although I refuse to give up the French fries at the courthouse. I've lost a few ounces along the way, but I have to wonder whether getting healthy is making me sick.

About a week into my new routine, I developed a terrible summer cold with a cough that lingered a month.

Then I decided to get new shoes, but ordered the wrong size, and wore them for two days before I realized it. My sciatica flared up, and that took about two weeks to go away.

Since Apple Cider Vinegar is all the rage, I began taking that, too. Last week, I had a most unpleasant experience on the way home from the courthouse. I suddenly began pouring sweat and realized I'd never make it home. I stopped at Sheetz. I will spare you the details, but the store is being renamed to Shitz.

I had rice pudding earlier that day, and I think the Apple cider vinegar hated it. Dairy and I never were friendly.

On Friday, in the middle of a 3.5 mile walk, I decided to jog 0.1 mile intervals. Only four of them. Very slow. On Saturday, I woke up in agony. Sciatica again.

Oh yeah, my blood pressure has gone up. Higher now than when I started.

Email ThisBlogThis!Share to TwitterShare to FacebookShare to Pinterest
Labels: fitness

Bernie, you don’t have to punish yourself. Reference the Surgeon Generals charts ,hight,age sex = caloric intakes. EZ - don’t eat greasy stuff that solidify at room temperature. Look into the grease trap in a commercial kitchen. That’s what your arteries look like inside if you eat French fries .

Bernie, try the Atkins Diet or keto diets that are out there. Eliminate sugar and carbs (no more than 20 grams of carbs per day) and you'll lose weight. You have to learn what foods have carbs, but once you do, you'll develop new eating habits. I lost 35 pounds two years ago and have kept it off.

Kevin, No Atkins oryears. keto. I love carbs and could never stick to that kind of diet. I have taken a balanced approach and am more intent on gradual weight loss. It has worked, too. About 1-2 pounds per week.

My problem is that I tend to get sick or injured quite easily. Though my exercise routine is laughable by my standards in the past, I think I must recognize that as an "old white man," I have limitations I never had in earlier years.

Thanks for the advice. Do not send me a bill.

Bernie, did you know that you can burn up to 500 calories with a good sexual routine. you're eating way too much or not having enough sex. you gotta take yourself in hand man.

I lost 1-2 lbs per week for a year and a half by giving up nothing and limiting everything. I love beer and carbs and sweets. I just consume smaller amounts than I used to. Over time, you'll only be able to handle smaller portions, pushing your plate away, which violates the "clean your plate" rules we grew up with, and makes for weird exchanges with wait staff about, "was everything alright?" You'll stop living to eat and start eating to live. I try to walk a mile or two every other day. It's harder in winter. I've maintained my old fighting weight for over 10 years after not being able to bend over and tie my shoes. Proper sleep is huge, also. All things in moderation. You needn't wear sackcloth and suffer to lose weight. I have little self control. I didn't need much. Good luck.

Thanks. that is pretty much what i have been doing, but may have been exercising too much too soon.

I know a guy in his 80s, and he and his wife walk 40 minutes every day. He is my hero. I went with him to a baseball game. We were all limping along and he was doing fine.

Try as you might you are no Mediterranean manslab. You hate to hear of him, since your jealousy is deep. Still you could ask him how you could at least get more like him. A man's man who is lived by women and adored by men. An Adonis carved from marble. His glistening bronze skin untarnished by the years.

Bernie, I had thought this sciatica was a rash located in the lower extremidies on the lateral areas in the medial crotch area. After looking it up it radiates from the dorsal cheeks and down the posterior of your legs?
I am thinking because of your diet and the vinegar add in the rainbow deposits in sheetzes bathroom you had better watch out for the comming unicorns. This is just judging from your descrptive article written.

A few seconds of long withheld explosive diarrhea is close to being an orgasmic experience, so hawt Bexar

I just did, and I like most of it. I don't drink or smoke, although I dip. I love grains. But I can easily cut dairy and sugar out. I was allergic to dairy until recently. Although I can eat it now, it still bloats me. Also, one of the reasons my sciatica flared up is bc I was exercising too intensely, even though it is almost entirely walking.