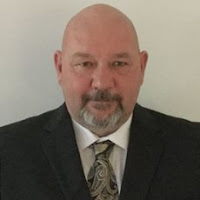 Two weeks ago, NorCo Council Prez Ken Kraft jumped ship. He stepped down, not just as President, but as a member of County Council. He's now working at the jail, where he belongs.

His salary is $74,076 a year, a significant increase from his $9,500 salary as Council President. Who will succeed Kraft on Council?

For months, it was rumored Kraft would be replaced by Kevin Lott. He's the business agent for the Lehigh Valley Carpenters Union as well as a Hellertown Borough council member.

Lott was instrumental in the 2015 prosecution of Bethlehem construction firm Salukas and White for defrauding workers of decent wages and the government of taxes by deliberately misclassifying employees as subcontractors. Lott accused the firm of "exploiting people" who will end up on welfare when they turn 65 because they will be unable to collect social security. "It's a shame on every level."

Lott also sued over the P3 bridge project, but withdrew his challenge.

He is among those who submitted letters seeking leniency for former Allentown Mayor Edwin Pawlowski, who was convicted of political corruption. Lott made clear to me that he personally witnessed Pawlowski help the disadvantaged in Allentown, and that's why he spoke up for him.

Lott is the sole applicant for the County Council vacancy.

Though you never really know what will happen until it does, it seems likely that Lott will be appointed Thursday night.
Posted by Bernie O'Hare at 10/17/2018 12:00:00 AM

He needs to be seated for the budget, why not just swear him in so he can vote on Thursday meeting?

Great. That he defends Pawlowski speaks volumes about his lack of character. And we all know unions loved Fed Ed. Sadly, we deserve this kind of slippery representation. It's all inside baseball. No wonder people despise government.

Mayor Pawlowski is an innocent man.
The little people adore him.

May the County employees will get the salary they work very hard for!!!