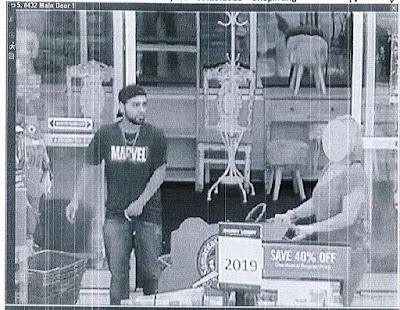 CRPD Seek Emroidery Machine Thieves. - Colonial Regional Police have begun a manhunt for two men who allegedly stole a $400 embroidery machine from Hobby Lobby Sep. 13 at exactly 7:38 pm. These men are armed with at least one sewing machine. One reader has suggested police check all Etsy stores. 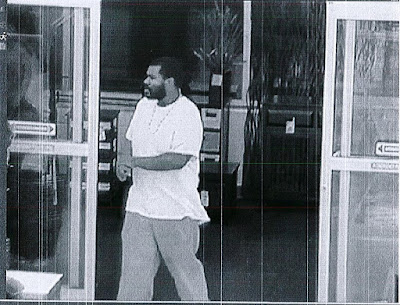 Lower Saucon Police investigating burglary of Revolutions bowling alley/nightclub in the Saucon Square Shopping Center during overnight hours between Friday Sep 21 and Saturday Sep 22. Unknown actor(s) forced entry through a rear door then entered the building after smashing a hole through the wall. The actor(s) went through numerous offices and dismantled an ATM inside the building making off with an undetermined amount of cash. Anyone who may have observed anything suspicious in the area or has information related to this burglary can phone the police department at 610-317-6110.

Lower Saucon Police charge John Francis Struble, 54, of Bethlehem, with burglary and related offenses for an August 13 burglary in the 2700blk of Riverside Drive in which several 55 gallon drums of scrap copper and 5 gallon buckets of scrap brass valued at approx. $1000 was reportedly taken. Charges filed Sep 25. Struble is currently incarcerated in Northampton County jail in lieu of $10,000 bail.

Lower Saucon Police charge Hailey Brianna Calzarette, 19, with Driving under influence (controlled substance) and related traffic offenses after Aug 23 accident on Lower Saucon Rd. involving two vehicles and injuries to both herself and the other driver. 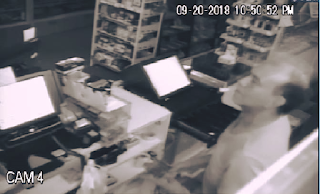 Wilson Borough Police seek burglar who on Sep 20 broke into Smokin Lane (2437 Butler St), stole various items and then traveled south through the parking lot towards Butler Street. Anyone with information is requested to call Northampton County 911 Center at 610.759.2200 or contact Detective Jason Hillis at 610.258.8542 or jhillis@wilsonpd.org

Bethlehem Tp Police Welcomes its newest officer, Zachary Malkin. He is a veteran of the USMC Reserves (2011 – 2017), having attained the rank of sergeant. He served one military tour overseas in Afghanistan. He graduated with honors from Montgomery County Community College with an Associate Degree in Emergency Management and Planning and recently completed his Municipal Police Officer Certification Training at the Allentown Police Academy. He will begin 12 weeks of Department field training with Field Training Officer Mark Lichty before he moves to his regular patrol duty assignment.

Upper Macungie Police investigating a Sep 21 hit-an-run of a parked vehicle at 100 block of Windermere Ave. A passenger side mirror, believed to be from the offending vehicle, was found on scene and determined to belong to a silver Toyota Prius. Anyone with information is asked to contact UMTPD headquarters at 484-661-5911, or use the anonymous tip/text line at 484-273-0336.
Posted by Bernie O'Hare at 10/01/2018 12:00:00 AM

Not interested in pious condemnations, especially ones posted by anonymous cowards. This is not LVL. My rules for comment are set forth in every blotter story.