What's the Hold Up in the Fed Ed Case? 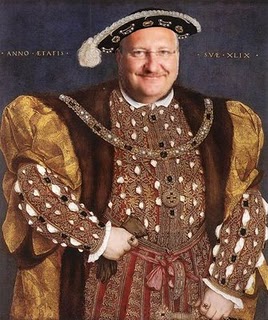 Allentown's former Managing Director, Francis Dougherty, is the latest domino to fall in a federal public corruption investigation aimed at Mayor Edwin "Fed Ed" Pawlowski, otherwise known as Public Official No.3. But he himself has thus far eluded prosecution, even though his own attorney has stated an indictment is imminent. Why?  Is this because it was all just a misunderstanding, as Fed Ed and a few of his fellow travelers would have you believe? From what I'm told, the FBI has concluded its investigation, and this matter is in the hands of the US Attorney's Office. So what's happening?

First, the US Attorney himself has resigned, though there are about 130 career prosecutors in that office and an Acting US Attorney to approve any prosecution. Second, the prosecutor originally assigned to this case resigned to run for Philadelphia DA. Third, the Supreme Court's decision in McDonnell, which invalidated the prosecution of Virginia's ex-Governor for honest services fraud, undoubtedly forced prosecutors to re-evaluate the case. Fourth, the US Attorney's Office in both the Eastern and Middle Districts of Pa. have had their heads handed to them in two high-profile public corruption cases. Fifth, if they are filing racketeering charges like they did against former Congressman Chaka Fattah, they need approval from the Organized Crime and Gang Section of the Department of Justice, which can take time. Sixth, they were likely reluctant to seek a prosecution right before the Mayoral primary, although that decision itself interfered with the election in a very negative way. Seventh, they are governed by a statute of limitations and nothing else. They are under no obligation to file charges until the statute is about to run. That's five years.

When this investigation first became public, Fed Ed was a wreck.Some thought he might commit suicide and he lost a lot of weight. But as time has gone by, he's rebounded, as demonstrated by his weight returning and his bully tactics against both an Allentown firefighter and community activist Eugene McDuffie. He has gone from being scared to denial.

While I do expect to see him indicted soon, and Dem party bosses are looking for a replacement candidate.But he won't resign. He will have to dragged out of office, kicking and screaming. Seven lives have been shattered by this ordeal. Count on seeing their sentencing delayed yet again. Here's the current schedule before Judge Juan R. Sánchez in Philadelphia:

It seems to be more and more clear that the U.S. Attorney's office simply doesn't have a prosecuteable case against Mayor Pawlowski. What we have here likely is a lot of smoke, but no fire to actually prosecute with.

If Pawlowski is guilty of anything, it's staying in office too long. Two terms, eight years in political office is enough; he's heading towards sixteen consecutive years. Jeeze even Daddona had Frank Fischl break up his stanglehold on the Mayor's office

Despite you r slanderous ongoing attack on the Mayor, he is still the once and future Mayor. He has not been charged with any crime. You have and continue to have egg on your face. Time to let go of your obsessive hatred of the man.

Sometimes, I believe there should be a statute of limitations on investigations. if they cant find a crime in a certain amount of time, get over it. open ended investigations can lead to abuse, the ruining of lives, without a crime.

Only Jesus can judge this good and pious man.

I'm surprised Bernie keeps wanting to investigate, investigate, and investigate more until the FBi can find a crime to charge Pawlowski with.

Most Democrats don't want investigations about other Democrats. They loved FBI Director Comey when he couldn't find a crime to investigate Hillary Clinton any longer and stopped investigating her. But Ed's last name isn't Clinton so Bernie is fine with the FBI investigating him until the end of his life it seems.

Look no further than Mike Fleck, he is the used car sales man that got everybody in trouble with his misguided deeds

While justice delayed is justice denied, federal investigations are like fine wine. They improve with age. Serve no wine before its time. Moody's teaches that the best wine was served last at the wedding feast of Cana.

With seven [7] co-conspirators poised to testify against him,[and numerous other witnesses], he will be indicted! The turnover in the Justice Department has had a major impact on the speed of this case. But rest assured, Judge Santos will not let this hang around in perpetuity. Also, Fed Ed's delusional fantasy that he has done nothing wrong, prevents him from taking a guilty plea like the others. He can't rat on anybody, and therefore, has nothing to gain in a negotiated plea.

Once indicted, like all bullies who are afraid of jail, he will seek a plea bargain rather than looking at a lengthy jail term in a trial. Judge Santos does not like his time waisted, and to do this, he will suffer severe consequences at sentencing!

If Ed doesn't get charged, the FBI owe him a public apology, refund his money spent on lawyers and a judge should throw out all guilty pleas, except for Fleck's, because he is guilty as hell.

If you read any single one of the guilty pleas, you would be amazed that Pawlowski was not charged last year. Taken together, the evidence is overwhelming. Any logical person would have taken a plea bargain. The question is whether Pawlowski has enough money left to pay lawyers for a full jury trial, after spending all of his campaign funds on the preliminaries.

This is what you get with Democratic Machine Politics in Allentown.

The Mayor is a political scum bag who only cares about himself and his own political career. His hubris will be his downfall

An attempt to hijack this thread into something completely irrelevant to this topic has been deleted. If you want to discuss other topics, start a blog of your own.

I heard a great quip about the legal system and its holdups just the other day.

Some of you know the outrageous threats and abuse my family is going through as a result of my being an affiant and potential witness in a legal action against a well-known Allentown nut (this has absolutely nothing to do with Pawlowski).

But apropos of the "What's the holdup?" question, a State Police investigator working on my situation had a great quip in reference to why my family and I have not yet seen relief. He said, "The wheels of justice are slow... and they're square."

That about sums it up.

Now how could little drummer boy of church on the run be guilty as hell, isn't it on the other side.

They teach stage presence at the Moody Bible institute and I believe "Fed Ed" aced that course. But, the representative Flood defense, deny, deny, deny, will run its' course. However, his small and uninformed following in center-city and the east-side will still believe this man is the second coming of the messiah. It is a pity that these individuals will follow him without question. When he is eventually indicted, pressured into a guilty plea, and is sentenced, maybe these diehard followers will renounce him. However, the hardcore and ardent supporters will never believe that "Mr. Ed" did anything wrong. This is freedom of speech and due process which is ingrained in our constitution, at its best! But, it will doom Allentown in the long run and continue a lack of leadership needed in City Hall. Arrogance, vindictiveness,
and non-transparency will continue as the mantra in Allentown!

"However, his small and uninformed following in center-city and the east-side will still believe this man is the second coming of the messiah. It is a pity that these individuals will follow him without question."

Sounds like they have a lot in common with the Trump supporters. They will go to the grave with their man. Everyone knows what you were implying with your city geography. With Trump supporters it is just a simple. Angry and white.

Bernie, I personally love the way the are assimilating normal traffic to look as if something is going on possitively the assklownz had to work hard to make trickery work!

News flash : Obama is GONE! Crooked and corrupt Hillary Clinton was beaten at the ballot box and is not the President of the United States!!! In other words, what is there to be angry about? Celebrate good times. C'mon. Wa Hoo!

I am Russian and I am very, very Happy!!!

BO do you think other people will be indicted with Fed Ed?

Yes,I do. I believe that in addition to Fed Ed himself, one and possibly two others will be indicted.

And Bernie, you have such a good track record of predictions in this case...