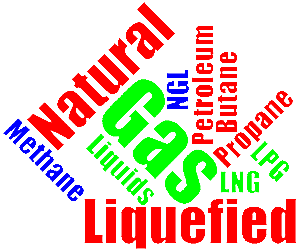 In an effort to deliver natural gas more efficiently to its Lehigh Valley customers, UGI is planning to build a 98' high, 78' wide liquefied natural gas facility in Bethlehem at 2470 Ringhoffer Road on an 83.91 acre tract of former Bethlehem Steel land that is now part of Lehigh Valley Industrial Park. Represented by Allentown Attorney Tim Siegfried, company representatives were at the Zoning Hearing Board May 24 for a special exception and dimensional variances. But so were Lower Saucon Township officials, who were represented by prominent environmental attorney Charles Elliott. They were there to argue against the project. After over three hours of testimony, the Board called it a night and will return on June 14.

There was no shortage of lawyers. Attorney Jim Preston was there on behalf of Bethlehem Commerce Center,which adjoins the proposed facility. Attorneys Joe Piperato and Jim Holzinger were there on other matters. Attorney Kevin Kelleher was acting as the Zoning Hearing Board's solicitor. Attorneys Michael Santanasto and Linda Shay Gardner are themselves members of the Board. Before testimony got underway, Chair Gus Loupos joked that the Bar Association should find some other place for their meetings.

UGI's VP for business development, Matt Dutzman, described the proposed facility as a 98' tall, 78'wide triple-wall full containment tank capable of holding two million gallons of liquefied natural gas. He explained that a stainless steel tank will be surrounded by insulation and then a second wall of steel that would be encased in concrete. "It's a big thermos bottle," explained UGI engineer Mike Mara. UGI already maintains three such tanks, with a fourth under construction.

Liquefied natural gas (LNG) is cryogenically cooled natural gas which is liquefied to reduce the volume for shipping and storage. LNG is primarily methane, but can contain up to 10% ethane and propane. It is stored at a temperature of negative 260 degrees Celsius. The location along Ringhoffer Road was attractive to UGI for two reasons. First, it is located near a pipeline that will enable the company to deliver fuel after returning the methane to its gaseous state. Second, the facility would be located in a swale, affording some natural protection.

The tank will be filled by 10,000 gallon tankers, each of them weighing over 44,000 pounds, that would travel along Applebutter and Ringhoffer Road. About five or six deliveries will be made daily over the course of several months until the tank is full. After that, the only time the tank will be accessed is during extremely cold weather.

UGI officials conceded that Ringhoffer Road is a poor access route, but vowed to make improvements.

Both officials stated that when there is a delivery or when gas is transferred to a pipeline, employees will be on site. The rest of the time, the facility will be monitored from a gas control facility located in Reading. That gas control station will be able to detect leaks and dispatch technicians, or remotely shut down the plant.

No other use will be made of this 83-acre tract,and the property will be both buffered with landscaping and fenced to prevent easy access. An emergency plan is still being formulated with Bethlehem public safety officials. Mike Mara said UGi would provide any training that is deemed necessary and purchase any equipment that first responders think are needed to deal with an emergency.

UGI officials conceded this are is prone to sinkholes, and plan to introduce testimony to establish how they plan to deal with that problem, as well as potential earthquakes.

Though LNG is inflammable, Mara admitted under cross-examination that there have been accidents. He admitted that n 1944, the wall of a LNG facility failed. The tank ruptured, spilling LNG into the city sewer system. It vaporized and turned into gas, which exploded and killed 128 people. Mora explained that was a single wall, not a triple wall. Moreover, he indicated the steel used in Ohio was of low quality. He said designs today are much improved.

Dutzman was unable to tell Lower Saucon Council member Priscilla deLeon how old the pipes are that will be used to carry the natural gas. But Mora stated that the first 500 feet will be stainless steel. She lives less than a mile away and is concerned about a vapor cloud that could ignite and explode.
Posted by Bernie O'Hare at 5/25/2017 01:11:00 AM

Who doesn't want a massive gas bomb in their city. Sure, go for it Bethlehem officials. Who needs safety when you have lawyers?

Pipelines are safer. No pipelines. Lots of tanker trucks.

what a shame if pd got taken out

More engineered gas explosions in the very near future comming to your city too! Has anyone taken a good look at the subz replacing allentowns pipes.

Who doesn't trust gas company executives and a room full of lawyers. Bethlehem will soon be invaded by bomb shelter salesmen. By the way, I doubt any of these people will live anywhere near this thing,. They never do.

Build the damn thing. Its on old steel land, perfect place for it, Lower Sauvcon has no standing, its a bethlehem matter