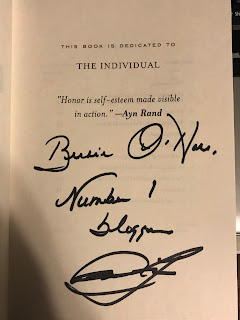 As most regular Lehigh Valley blog readers may have noticed, Allentown blogger Michael Molovinsky was really blowin' oil a few weeks ago when Morning Call columnist Bill White wrote about his annual Hall of Fame and forgot to mention me. Twice. Now I agree that I am entirely unforgettable. But I usually only get that from the ladies, and then, only in my dreams. Denied his moment of schadenfreude, Molovinsky was outraged and claimed there had been some sort of conspiracy theory.

Last week, White wrote about his Hall of Fame again, and made sure he mentioned me this time. Twice. He explained he had forgotten. But at the same time, he also ripped into dour (I prefer to call him petty) Molovinsky, who started blowin' oil again. "[T]hey both knew that i hit the nail on the head, and that's why they were both offended," he insisted, before being sedated.

On Thursday night, he begin to feel a little better and decided to go to the Lehigh Valley Tea Party. Fellow zionist Pamela Geller, who hates the Islamization of America almost as much as he does, was the main speaker. Maybe he could cry on her shoulder about Wehr's Dam and Bill White. But alas, his dreams were dashed.

You see, Northampton County Bulldog Ron Angle was at that meeting, too. I was busy covering NorCo Council, as any award-winning broadcast journalist would do, but Angle was at the tea party as my eyes and ears. 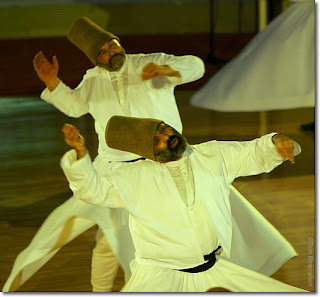 Unfortunately, Ron is a conservative, and really liked what Pamela had to say. So after her speech, he stood in line and bought her book.

"Have you ever heard of Bernie O'Hare?" he asked as he handed her a copy of her book to sign.

"Why of course. He's the number one blogger in the Lehigh Valley," she answered. "Everyone knows that." And that's how she signed the book for me.

Unfortunately, Molovinsky was standing behind Angle all this time. Hearing that I was the number one blogger was more than the dour little bastard could bear. He began blowin' oil everywhere, started rolling on the floor and screaming "Allahu Akbar," converted to Islam himself, and had to be carted away in a tow truck. He's been on a lift all weekend.

He may never write again. Doctors tell me he now wants to become a whirling dervish.

"who hates the Islamization of America almost as much as he does, "


step one is tasty, tasty pitas

Books are the building blocks of a sound education...that of course if have to choose between building a library or repairing dam. I nominate Molly for speaking against a new library.

The dour little bastard just asked me to remove my comment suggesting that he hates the Islamization of America because it "could be dangerous for me in our current times." What a nervous Nellie he must be!

Mikey Mol will never be accepted by the Caliph, he is more Jewish than a dreidel.