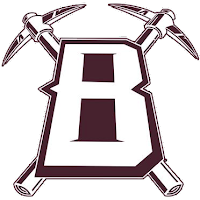 In the wake of a pretty serious act of discrimination at Bangor High School on Friday, Superintendent Frank DeFelice and Easton NAACP President Lance Wheeler met yesterday. While school officials are unable to get into specifics, I understand that disciplinary action has been taken against the students involved in that incident. In addition, the school district has agreed to form a diversity committee that will include parents , administrators and teacher. The goal will be to level the playing field.

A diversity committee was formed once before in Bangor, after a federal lawsuit alleging racial discrimination was settled.

It met only once.

This one needs to be more active.

Lance Wheeler will make sure.

It appears that pockets of racism are still prevalent in the Bangor area. Not the subtle kind, either.

Yesterday, I had a conversation with yet another mother of three biracial children. Her oldest graduated last year, but she still has two boys going through the system. None of her three children ever presented a disciplinary problem. Their experience at what really is a good school is mostly positive. But not completely.

One of her sons, when in the 9th grade, was involved in a debate class and was arguing his points. The student opposed to him eventually blurted out that no one cares what he thinks because he is a "n-gg-r." School officials admonished the boy, but when they called his parents, they were told that is the way they all feel.

Her daughter, who was a senior last year, also experienced a racist encounter with a star baseball player. She had been trying to park her car in her numbered spot when another girl jumped in ahead of her. The two began to argue, and the star baseball player intervened.

He yelled at the biracial girl, "Get in your car. You need to leave. You and your brother are n-gg-rs here,and we don't want your kind."

This incident was witnessed by several students,and an Assistant Principal who conducted an investigation brought them all into his office and told the star baseball player, whose dad happens to be a coach, That statements like that are not permitted on campus. That was it. No apology. No discipline. Everyone was just sent back to class.

Is the mother a white woman or is she the black parent?

Your question is irrelevant and a reflection of your own bias.

Diversity Committee = Circle Jerk. It feels good but does basically nothing.

You need to get a life, your smear campaign is going to get someone hurt. You have an agenda that is trying to stir up a race war. Perfect timing as soon as your breakfast pals angle is back on school board and cartwright up for re election.

Ah, we have a coach who witnessed the verbal attack on that girl but yet had to have an investigation. Then to just slap the baseball player on the wrist? WOW! This crap needs to stop and these kids held reliable. That coach should be fired. In fact, clean house, start over. Too many allowing these kids to do whatever they please because it's too much of a hassle to actually do their job! Start firing people and maybe the rest will start doing their jobs if they thought theirs were in jeopardy!

To bad we have two slugs on the school board like Steve "rode the short bus" Bussenger, who is about 8th grade level intelligence-and his bud Craig "here so my kid can play sports" Berger, who is also is up for re-election with his stellar vote to keep Harper Valley representation representing us at NCC. These two clowns could care less about kids education but only their own getting ahead. Long since a practice at Bangor. Look at the scholarships awarded School Board members kids. Look at how did Colton, "madam" president, resign in such a class act, an email and ripped the boys for professionalism and got a job thru a grant at the school I heard? Look into that Bernie!
No wonder the school has so many problems. Agenda's? You don't have to go far just mention Holland and you can rattle off who is further up his backside further starting with the Superintendent and on to the Business Manager to the School Board. Way to many agenda's then Washington DC. You did not stir anything up Bernie but really shined just a glimmer of light on the fungus that has taken over Bangor.

Your inclusion of the attitude that one of the student's parents displayed is very relevant. It's easy to blame the school, but when parents support inappropriate behavior and attitudes it is very difficult to change their child's behavior.

I am a retiree with a bkgd in HR with a Fortune 100 Company and am well versed in diversity programs. The "circle jerk" comment above is simply absurd. Hard to believe that in 2017 there are coaches and board members who "dont get it."
School Board actions should not reflect Tea party meetings.

11:42 I agree that the comment you are referring to is crude. I've found in life there are those in every big organization that are racially prejudiced, however, in one way or another. The only way to eliminate the problem is not by group therapy meetings, as you're not going to change anyone's personality with those; it's by personnel reduction of those individuals.

You see, I think you've peeled back the cover on the real workings of Cultural Marxism.

11:42 never suggested anyone be stripped of their livelihood. You are looking for an argument he did not make so you could blather on about the evil of Marxism. A diversity committee made up of teachers and parents could help bring the community together and eliminate misunderstandings .

How the hell do so many of these white women in Bangor have some many bi-racial kids? I mean there are only a few black men. All these kids must be related by having the same fathers.

There are ZERO coaches on the Bangor Slater Baseball coaching staff that have a child on their tea, not this year OR LAST YEAR. So lets actually look into these comments that people sling about so recklessly and back them up with FACTS.

To revel in ones own ignorance is just deplorable behavior. Slate Belt over run with bigots and racists and they are proud of it because they elected one of their own as president last November.

There are ZERO coaches on the Bangor Slater Baseball coaching staff that have a child on their team, not this year OR LAST YEAR. So lets actually look into these comments that people sling about so recklessly and back them up with FACTS.

Zero coaches have kids on the baseball team may be a true statement, but it's the furthest from the truth with the basketball and football teams. Now that's a FACT!! Another fact: The coaches who don't have kids on the team are giving preferential treatment to the sons/daughters of fellow coaches/teachers! It's the Bangor way! And if those kids are not sons/daughters of fellow coaches/teachers, they are the kids of the parents who are the furthest up the coach's ass! And with those parent's so far up the asses of the basketball coaches, it has carried over to the baseball field. Too many better kids on the bench for baseball because the coach is bias towards his basketball players. So glad my kid is done after this year with this crap! Bangor athletics ruin the careers of so many talented kids! A school the size of Bangor should have a ton of kids trying out for every sport. The baseball team has not had cuts in years because they barely get enough for a complete roster. The reason being, so many kids refuse to play for a coach, in any of the sports at Bangor because of the politics, favoritism and now, what looks like racism and inequality!!

Wonder how many of these concerned citizens are on the public dole?

Sound like a bitter parent who thought their kid was an all star when daddy was the coach in little league.

Are any of these kids fathers in the picture? When some kids don't get their way they play the victim card.