Bushkill Cop Charged With Covering Up Wife's Affair With a Minor 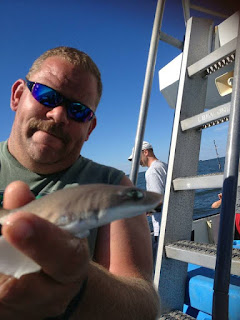 Keith Transue, who identifies himself on his Facebook page as a school resource and police officer with Bushkill Township, has been charged with witness intimidation, failing to report child abuse and obstruction of justice in Monroe County. Unsecured bail in the amount of $25,000 has been set by Magisterial District Judge Phillip Riley. A preliminary hearing has been scheduled for June 8.

In addition to being a Bushkill Township police officer, Transue also serves on the Mount Pocono Borough Council.

It's a strange case. According to PaHomePage, Transue's wife Robin is alleged to have had sex with a 14 year-old boy six years ago. Instead of reporting it, he covered it up. He took the boy's cell phone, which contained incriminating information, then convinced the boy's parents not to go to the police.

Things got even more bizarre when Robin allegedly hired a hitman to kill her husband. She is supposed to have wanted him eliminated because he threatened to expose her.

She's been charged, too, both with sexual assault and soliciting murder.

Keith Transue has been placed on administrative leave from his job at Bushkill Township.
Posted by Bernie O'Hare at 5/18/2017 12:00:00 AM

Looks like this story will end up on the Investigative Discovery Channel, which is on of my favorite shows, by the way.

Bernie - You're kidding me right?!? Wow!

This is what's happening in Mt Pocono.

I'm impressed with the local coverage of this story. Or, at least I will be impressed if the story is ever covered locally.

I actually knew on Tuesday but was busy at the polls and Wednesday was simply too tired. But the ET got around to it late this morning. http://www.lehighvalleylive.com/news/index.ssf/2017/05/cop_whose_wife_plotted_to_kill.html#incart_2box_lvl-homepage-featured

Someone might have also been too tired to write in the tip, "Just so you see, I'm not insane.". ;)