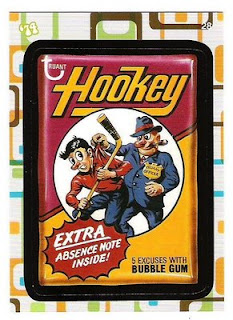 Last night's Lehigh County Comm'r meeting was uneventful and brief. The weather was nice, too, and three members decided to play hookey. VP Dan McCarthy, surrounded by empty seats, looked like a member of the lonely hearts' club.

Can you guess who was MIA?

A few weeks ago, I suggested that LC Comm'r David Jones should resign. Sure, he can deliver a great sermon from the dais, but his abysmal 47.4% committee attendance record last year is an indication he's unwilling to work.

This year, instead of trying to improve his attendance, he snubbed a distinguished group of twelve fellow Democrats who had applied for appointment to a Comm'r vacancy. Having failed to participate in any of the interviews, you'd think he'd recuse himself from voting. He even ignored four applicants who called or emailed him about the job.
But guess what? After dissing those people, Jones finally did show up at a meeting to vote for William Hansell, Don Cunningham's preferred candidate, twice. Of course, Hansell got the appointment.

At last night's meeting, Jones was MIA again, insulting the East Side Allentown residents who voted him into office. I'm beginning to think I attend more meetings than him.

Also MIA last night was Comm'r Andy Roman. His committee attendance record last year was just 56%, and he justified it, saying "the REAL WORK for 2010 begins with doing research, phone calls, on-site visits, interviews with County workers, conference calls, communication with other counties, acting on Home Rule Charter responsibilities, and other 'leg work' to get something done."

The third no-show last night is the person who was just appointed, William Hansell. Bill was in Florida last night, and that's where he was on the night he was appointed.

Now Hansell, who claims to have written Home Rule Charters and probably had a hand in the Federal Health Care Reform Act, might consider reading one of those documents. They require him to attend meetings.
Posted by Bernie O'Hare at 3/25/2010 12:05:00 AM

This Hansell dude is never around. I think he shows to get his checks from the County and that is about it.

I also heard he helped draft the Declaration of Independence. He claims to have written the entire thing but Jefferson had to have done something, right?

The important thing is he will be around when Don needs him. That's solid time management.

The guy may be the most qualified, but he has to come to the damn meetings. Is he planning to attend by teleconference?!

In most of the rest of the world, showing up is half the job. In LC, showing up only when Don needs you is the whole job.

Jones should resign. His attendance record, especially after you made it public, should have pushed him into more positive action this year. His continued absence showcases arrogance. We suspect he was put in place to push the county executive's agenda, but certainly not the people's.

It is Lent .... Maybe Jones and Roman were attending mid-week Lenten services at the Church they both attend together ... I can't speak about Hansell ... What is news from the Wednesday Commissioner meeting is the selection of Freddie Lutz to the Lehigh and Northampton Counties Transporation Authority ... If you recall Lutz was one of the three names that included Jones and Easterlay that was brought off the table for the Durr Commissioner seat vacancy ....

The voters deserve an explanation from the two who are chronically absent and the one who seems more interested in vacationing than in fulfilling the vacancy he was appointed to fill.