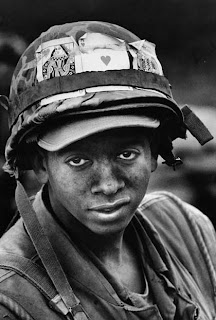 When I first told you about Operation Recognition for Vietnam veterans, proposed by State Rep. Richard Grucela, D-Northampton, one of you snarked that "populist proposals in the run up to one's election are easy to identify." Grucela decided to retire at the end of his term this year, but continued to pursue legislation that would recognize Vietnam War vets who left school early to serve their country. Today, the House unanimously agreed they should be awarded High School diplomas.

Under this bill, school boards may establish a program identical to what has already been used in the past for World War II and Korean War veterans.
"Some veterans may have felt uncomfortable returning to school at a later age or simply needed to work full time to support themselves," Grucela said. "Whatever the reason, a high school diploma is a mile marker in life that provides a sense of accomplishment and should not be denied to them. My legislation would offer a small, but important show of appreciation to all those who sacrificed their education to ensure our freedoms."

Any honorably discharged veteran who served in the Vietnam War between Feb. 28, 1961, and May 7, 1975, would be eligible for a diploma. The veteran would have to have attended high school between 1958 and 1975 and have been a member of a graduation class during the years 1962 through 1975.

School boards would also be able to award a diploma posthumously to an eligible veteran.

Grucela is a former teacher and a member of the House Veterans Affairs and Emergency Preparedness Committee.
Posted by Bernie O'Hare at 3/23/2010 12:20:00 AM

6 veterans die every day because of lack of health insurance either due to cost or pre-existing conditions. Yesterday's bill was more important to veterans than this. You can't go to school if you're dead.

I wonder how hearing news of this would affect all the PTSD homeless veterans. 25% of homeless are veterans, and half of those veterans are from Vietnam.

Next to the resolution that asks that you love your mother, Grucela came through with another major piece of legislation.

Grucela has wasted a career promoting populist measures and leaving ones that require true leadership to others. I hear he also staunchly supports fresh air and regular flossing. Gratefully, we're almost rid of him. But he'll be slopping at our trough for the rest of his life.

Let me guess. You support Emrick. Something about the arrogance and nasty tone gives you away.

I dont support Emrick or that scank guy. Both will be next to Grucela at the feeding trough

Really? You sound very Emrick-ish to me. Just who do you support?

Two different guys. I support the ABG candidate. Anybody But Grucela. He's been a rock star in the country's single worst legislature. Too bad that shiftless and invisible Bob Freeman can't find honest work. It's time for PA's incumbents, Rs and Ds, to admit they've been stealing their wages and take a walk or be thrown the hell out, every one of them.

Before he leaves Rich is proposing a Resolution thanking cows for all the milk they provide people.

Cows are in total agreement.

And for good measure, Grucela recruited another double-dipper to feed off the taxpayers. Expect nothing from this group of Sgt Shultz: I Know Nothing I see nothing, I will do nothing but collect a paycheck. And a Republican transfer to boot! Way to go out in style Ricky

So these anti-Grucela comments are coming from a Dem who uses this postto take a shot at Scag. Looks like Charles dertinger is as disgusting as ever.

The shot you refer to is all double dippers, starting with Grcula who is a triple dipper. Scank and Emrick are trying to get 2 pensions paid for by us. Albanese and Dertinger I know nothing about their views. Are they going to collect 2 taxpayer funded pensions?

Bernie, How many pensions do you have?