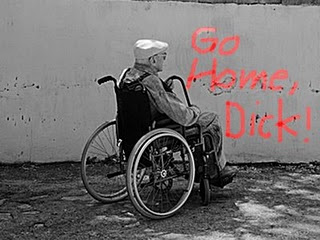 That's right. To help pay for the health care reform bill being "deemed" through the House tomorrow, a 2.3 % medical device excise tax is just one of 19 brand new taxes being imposed. The med-tech industry is already hampered by a lack of start-up money and and mountains pf red tape before a new medical device can be approved. Now, to add misery to woe, they'll be shelling out $20 billion over the next ten years.
This new tax will eventually be passed along to us, increasing our health care costs.

So much for reform.

Dent today told the House Rules Committee that the current bill "will have a detrimental impact on the people of the 15th District of Pennsylvania. Pennsylvania and neighboring New Jersey are home to many employers who lead the world in medical innovation by designing and manufacturing lifesaving equipment. They also provide good jobs for the families in my district.”

According to a Dent news release, companies in his district - like Olympus, OraSure, and Bethlehem–based B. Braun Inc. - will be badly affected. Braun alone will lose $23 million, which is 79 percent of the company’s current research and development investment.

“It’s not just the company itself that suffers,” Congressman Dent said. “The impact of these revenues will imperil jobs; curtail advanced research and innovation; reduce purchasing from Pennsylvania vendors; and hamper investment in capital equipment. The ripple effect on our economy and on working families will be far greater than the sum of the tax. And ultimately, patients will see increased costs as a result.”

Congressman Dent reiterated his opposition to the health care legislation both for its harmful policies and the unfair procedure by which it’s being forced through Congress.

“This is a tax on innovation, patients and the economy,” Congressman Dent said. “As the Wall Street Journal noted, this provision will ‘tax health care to subsidize people to buy health care that new taxes and regulation make more expensive.’ My constituents understand this paradox."
Posted by Bernie O'Hare at 3/20/2010 08:34:00 PM

the self-executing rule isn't being used anymore. read a website.

I listened to Henry Waxman talk about it in the Rules Committee this AM, and it is by no means certain that The House Dems are dropping the Slaughter Rule. In fact, the meeting deteriorated into chaos as it became evident they didn't know what the hell they were doing at all.

Some news sources report it has been dropped. Others report it may be dropped. I'll wait and see.

I hope the information is accurate and it is dropped. It was a bad idea to begin with, and made Dems look like they were pulling a fast one, which they were.