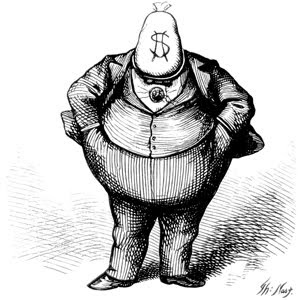 That's what Morning Call reporter Jarrett Renshaw suggests today, in a disturbing account about Allentown Mayor Edwin Pawlowski's controversial $10 million loan in 2006. $4.8 million was deposited in a "lock box" that could be invaded only for emergencies, and only with prior Council approval.

But it now looks like Pawlowski broke into that piggy bank to plug holes in his 2009 budget, and without city council approval. He claims he's in the clear because he hasn't done it officially. ''The money will be used on paper to cover the 2009 deficit and will be reimbursed by the proceeds of the property sales.'' That's kinda' like a bank robber claiming he's innocent because he never "officially" announced his intentions. If this is just a paper transaction, why does Hizzoner have to reimburse the lock box with sale proceeds that the city has yet to receive?

Update: I've just been informed that th lock box bank account still shows a balance at or higher than the $4.8 million required, even though overall cash reserves for the city dipped below that number.

How is that possible? Here’s how:

The Mayor took a short-term borrowing from the EIT (earned income tax) escrow fund to cover the city’s cash needs and to keep him from having to actually dip into the lockbox account. By taking this short term “loan”, he was able to technically avoid tapping the “lockbox” account. Still, the cash on hand (all accounts, including the lockbox account) at year-end will show a combined balance below what the lockbox is supposed to hold (and presumably a related liability to replenish the EIT escrow fund).

Either way, the Mayor has lowered total cash reserves below the lockbox amount, or he’s done some borrowing without proper approval. To my knowledge, borrowing from the escrow fund was never approved by council, and I’m not even sure if it is legal to do so (I always thought escrow funds were untouchable). If council were acting responsibly, one would think they’d be holding public hearings on the matter since they might all be held responsible for raiding an escrow account.

Pawlowski playing games? There's a shock. And he continues to be enabled by Council.

Ridiculous is an understatement.

I was blown away by his claim that he hasn't really violated the ordinance requiring prior council approval bc he has yet to officially request permission.

When the audit reveals that Pawlowski did mislead council, what will they do? That is the question. They have no recall powers nor do the people, notwithstanding the HRC. But they need to take control of the budget. They need to deny him the right to govern in every way possible, even to the point of turning down appointments. In other words, they need to bring Pawlowski's government to a halt until they start getting concessions from this imperious mayor.

on a similar note, council will vote on the trail network plan on april 7th. because council has conceded the cedar park plans and construction got away from them, one would think they would automatically learn from that mistake and vote no. however, council by 5 to 2 at the committee meeting, suggested that they could approve the new plan but insist on greater oversight as the work progresses.

time and time again council hasn't learned any lessons, and refuses to say no on the new schemes, claiming it's unrelated to the old plans. as my memory serves me, they have yet to vote no ON ANY ITEM, as a governing body. i believe callahan pulled the same shenanigan recently in bethlehem. they compared notes for the mutual google application, maybe they exchange idea's on city financing also

Council is hampered by its HRC, which provides for a strong mayor. But to suggest it is powerless is nonsense. hile I'd agree they should not be called on to approve every bush planted in a park or every dollar spent in city government, it is clear that pawlowski has abused his authority as Exec, and has gone beyond the strong powers he already has.

In Bethlehem, Callahan denied what was going on and the Business manager fell on the sword ... twice. I doubt Pawlowski can make a similar claim.

So what can they do? They can bring government to a halt until the mayor comes to them. They can deny every ordinance, refuse to approve any sale, refuse to confirm any appointment. They will be labeled obstructionists and naysayers, perhaps even worse. But they are dealing with a Mayor who is dishonest with them. It appears that Donovan and Eichenwald have already recognized that, so I would argue they have no reason to cooperate in any way with a dishonest mayor.

It is time for Allentown's check and balance to start acting like one instead of the third wheel on a bicycle headed over a cliff.

I think it's great that Easton is the city with a balanced budget, a mayor and council that gets a long; a mayor that is transparent as any elected official I've seen and a future that is bright, regardless of the economy.

My concern is Mike Fleck who seems to think that Easton should do things they do in Allentown. Mike, we don't want to be Allentown.

To the elected and appointed officials in Easton keep up the ggod work, who knows, we may be better than we think.

I'd agree that Fleck and Vulcano are two impediments to Easton.

The fact is that for all the show that goes on, everyone currently serving on Allentown City Council enables what the Mayor is doing. They are all in collusion.

Today it might be Eichenwald and Donovan appearing concerned, tomorrow it might be one or two of the others. In the end, they will make sure the Mayor has the votes to pass the issue of the day.

It's worth rembering that both Eichenwald and Donovan were endorsed by the Mayor. I believe their campaigns were also funded by the Mayor as well.

I'm sure that despite the occasional negative comment in the paper, the Mayor considers his funding of council campaigns to be worth every penny.

Stoffa stopped and stymied County Council from trying to control the "lockbox", is that OK. You are a hypocrite.

Meanwhile Jeanette gets angry, Hoffman still thinks the loan was a good idea, and Donovan promises to look into it. Wow what a city.

We are all subject to rule in Allentown by a bunch of bullies.

Profit, non-profit & corporate. Their time will come. Hopefully, sooner rather than later.

Pray their is something left of Allentown after these carpet baggers are done.

"Stoffa stopped and stymied County Council from trying to control the "lockbox", is that OK. You are a hypocrite."

I have no idea what this guy is talking about, and doubt he does either. There is no "lockbox" in NC. There is a cash reserve, and Sotffa proposed a tax hike instead of dipping into it. Council decided to dip into it anyway.

Maybe the good people of Easton should send to Allentown their current tax rate of 25 mills and their earned income tax of 1.25 %. With those two numbers Allentown will increase property tax revenues by 12,400,000 and wage taxes by 11,000,000. I would not brag about how great the financial situation is in Easton. They pay and pay and pay more and more than anyone else. I will say that they don't have the games, but they do have the tax rates.

Allentown has two games, pay to play or to play pay.