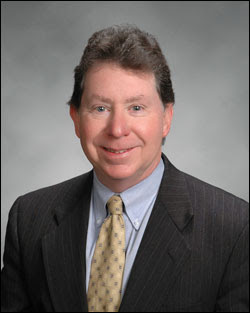 According to The Element Agency, which represents clients extending from George Washington University to Amnesty International, incumbent AG Tom Corbett (37% ) and Northampton County DA John Morganelli (34%) are in a virtual dead heat in the upcoming AG race. That communications firm has just issued this release.

A statewide poll shows Northampton County District Attorney John Morganelli and Attorney General Tom Corbett in a dead heat in the race for Attorney General. The poll of 600 likely voters was requested by The Element Agency, the media consultant for John Morganelli, and was conducted January 21-23, 2008. It has a margin of error of 4% +/-.

Voters were asked the following questions:

* Do you feel that Tom Corbett has handled his job as Pennsylvania Attorney General well enough to deserve re-election or is it time to give a new person a chance?

The following conclusions were arrived at from the poll:

* The race for Attorney General is fluid at this time.

* Despite the fact that Corbett as the incumbent has a significant advantage in name identification over Morganelli at this time, as Morganelli becomes more known to voters, his share of the vote will increase and continue to make him competitive.

Grant Draper of The Element Agency said that the poll is bad news for the incumbent attorney general. "Whenever an incumbent has less than 40% re-elect numbers, there is a problem", said Draper. Draper also noted that although Corbett has 4 times the favorable name identification of Morganelli, Morganelli is neck and neck with him. "I don’t see how John Morganelli could be better positioned at this time than he is now to be the first Democratic Attorney General in Pennsylvania," said Grant Draper.

Draper also noted that the poll confirms what he believed based on the history of these races in Pennsylvania. “This will be a close race and consistent with past Pennsylvania races for Attorney General,” said Draper. Draper noted that in years 1980, 1984, 1988, 1992, 1996 and 2004, although no Democrat was ever successful, each of the races was decided by about 1-2%.

“Even in 1984 when President Reagan was winning a landslide in Pennsylvania, then incumbent Republican Attorney General Leroy Zimmerman defeated Allen Ertel by a scant 25,000 votes garnering 2,283,940 votes to Ertel’s 2,258,884,” noted Draper.

“At this point, I think we are well positioned to compete," said Draper.

Update: Beardless Capitol Ideas has just hinted this poll is slanted in favor of Morganelli because The Element Agency has liberal clients like Nuclear Threat Initiative and Rainforest Alliance. Morganelli's a pinko? So is he just joshing when he harps about that death penalty thing and those illegal aliens? Morganelli has been on the O'Reilly show more often than Ann Coulter. Come to think of it, he's better looking, too. God, he nearly invaded New Jersey last week. He also eats red meat . . . raw.

"Undecided" is kicking some ass!

The message: Morganelli has worked to keep Norco safer than surrounding counties and PA. Alternatively, Morganelli is tougher on crime than Corbett.

This contest will be contentious. Corbett is in for a bigger fight than he had in 2004.

Good point. I'll have to see if I can find links to back that up.

Also, when Micek claims no one knows Morganelli outrside of Easton, he forgot Mexico. I think there's pictures of John all over the place there.

To calculate the crime rate per 100k, divide teh total number of crimes by the population and multiply by 100k. The numbers I posted are the type 1 and type 2 crimes for each jurisdiction.

Wow! Thanks for that link!

That's a teriffic tool and I never knew it existed. It is very specific, too.

The fact that it was requested by Morganelli's edia company means that it's an internal poll, correct?

Internal polls should usually be taken with a large grain of salt. Still, these results stink.

isn't one of the Casey's running? I'd be kind of interested in seeing how well he polls against Corbett.

Northampton County is a far more violent place than it was pre-Morganelli. It's not all his fault, but a little more work busting gang-bangers and a little less attention to rounding up indigent Circle Systems workers might help make us safer than we currently are.

No worries though, Morganelli/Severson is certain to run the most vicious campaign in PA AG history. They'll trash and smear whoever gets in their way. Perhaps this three-time statewide failure will finally bully through. Terrific.

A) As you undoubtedly know, the only Dem in the running for AG is our very own John Morganelli.

B) As you apparently don't know, the raid at Circle Systems was directed by the FBI, not John Morganelli. That company is under investigation for failing to conduct impact tests on football helmets worn by our children. I'm sure you'll agree that's an important matter.

C) Dude, I don't know why this poll, which is obviously political, has you so riled. it shows John behind, and it also shows that virtually no one knows him outside this area. It's not all sugar and honey.

D) I'll agree that folks can play games with statistics, but I love that link. It gives a month by month breakdown from 2000. I'll also agree NC is a far more violent place, as one of his ADAs mentioned to me a few days ago. People used to get in bar fights and now they just shoot each other.

E) I am delighted that this poll was not run by Severson, and that's a good sign.

F) AG Corbett is a great AG, a vast improvement over his predecessor. And as a former US Att'y, I know he is eminently qualified. There are six reasons why I'd prefer John to Corbett:

1) Morganelli has vast experience as a front line prosecutor. He has personally tried a lot of homicide cases personally, and that requires a good lawyer. I think his experience in the pits gives him a vast understanding of our increasingly violent society, and feel that is where Corbett is deficient.

2) He has managed his own office very effectively and frugally during his years in public office;

3) He does use the bully pulpit effectively to make his points, even when I don't always agree with his stance;

4) He has reached out to community groups like the NAACP to try to put a stop to gang violence;

5) He is probably the most accessible elected official I know. Yesterday, he's standing in the hall saying hello to me when some old fellow walkks up. "Who the hell are you?, the old dude asks. John putsd out his hand, identifies himself, and asks, "How can I help you?" The old fart says, "Where the hell is the bathroom?" Morganelli walks this guy down the hall and opens the door for him.

6) He's a homer. Aren't uou tired of all our state officials coming from pittsburg or Philly. look at the appellate judges. 80% are from Pittsburgh. We need more diversity.

I don't know if Dem's will forgive him his nailing the Black Phila Judge and not supporting Casey or Singel.

When our child was 7 years he revealed that he was sexually assaulted by his first grade teacher. We filed a Police report with Colonial Regional Police and than were required to meet with Detective Hammer and Morganelli's assistant DA. In confidence and trust our son made his statement in Morganelli's Office. A bogus investigation followed along with a conflicting police report made by Detective Gary Hammer. Since they were not going to move forward in this case this Police report was supposed to be sealed and kept confidential, instead it was distributed through the mail. According to the Northampton Schools district response they stated they got a copy from Morganelli's Office. This confidential police report by my son and many other 6 and 7 year old children's statements which included full names and addresses have been made public. The Teacher was transferred when Detective Hammers son was placed in this Teachers first grade pod. When we confronted Morganelli he stated his office did not distribute this report and said there is no need for an investigation on how this confidential report was made public. Morganalli stated 6 and 7 year old children do not make good witnesses, even though he knew the school district witheld and gave false information.
Through our experience this police report was not kept confidential! Answers are still left open and the cover-up continues.