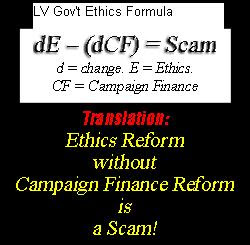 Between Christmas and New Year, while most of us were glued to bowl games, the state supremes published their long-awaited 5-2 decision upholding Philly's new campaign finance ordinance. That ordinance was adopted to combat the "pay to play" atmosphere increasingly apparent in local politics. Handed down on December 28, a Friday, the High Court waited until Sunday to let the word slip out, in effect trying to manage both news and our state constitution.

Justice Max Baer, who penned this 26 page decision (you can read it here), simply decided that the state legislature lacks exclusive jurisdiction, when it comes to elections finance, over home rule municipal ties like Philly. Philadelphia's right to govern itself is limited only "by its home rule charter, the Pennsylvania Constitution and General Assembly." At another point in his opinion, Baer writes, "We cannot stress enough that a home rule municipality's exercise of its local authority is not to be lightly intruded upon, with ambiguities regarding such authority resolved in favor of the municipality."

In a very brief dissent, outgoing Chief Justice Ralph Cappy (joined by Fitzgerald, J.) complains this decision will lead to a "'balkanization of the Election Code,' since any municipality will be free to adopt its own campaign financing regulations." Not quite. The only municipalities entitled to adopt their own campaign finance laws are those governed by a home rule charter.

The Morning Call argues it's time for the state legislature to step in and adopt its own campaign finance measures. Don't hold your breath waiting for that to happen. You'd have to be as crazy as bedbugs if you think the land of midnight payraises is suddenly going to get religion.

Northampton and Lehigh Counties each have their very own home rule charters. So do Bethlehem, Allentown and Easton. Instead of waiting for hell to freeze over, these municipalities can simply adopt their own campaign finance laws. Zack Stalberg, president of the Committee of Seventy, a Philly watchdog group, explains why. "It's clearly changed the landscape already, in the sense that the big donors - the corporations or law firms or unions with big political action committees - are already finding themselves with less clout."

Thanks to Philly, Lehigh Valley's home rule municipalities even have a working model - the Philly ordinance. That legislation imposes not just limits on individual contributions, but imposes a cap on spending in each race. For example, no more than $2 million may be spent in a mayoral contest.

Will any of these local Lehigh Valley governments be interested? We are more likely to have success here than in Harrisburg, but I still won't hold my breath.
Posted by Bernie O'Hare at 1/07/2008 12:00:00 AM

I guess this means the AG won't be looking at finance reform here?

The AG does not look at campaign finance reform. I don't get that.

Right now, the state Elections Code applies. What the S Ct has ruled is that a home rule municipality, if it so desires, may adopt more stringent laws. And we should take the hint instead of waiting 100 years for something from the land of midnight payraises.

Thank you for correcting that B. Yet again we have another misinformed reader. I get so annoyed when people can't get simple little facts like that straight.

I blame myself, not the reader. I should have written my post more clearly.