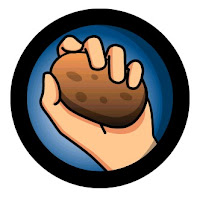 After interviewing a million witnesses about political consultant Tom Severson's meltdown during a funeral mass, Pen Argyl top cop Phil Viglione has decided he can't investigate after all. So he's tossed this political hot potato into the AG's lap. Yep, the AG reviews disorderly conduct complaints every day.

DA John Morganelli, who is pals with Severson Scissorhands, can't get involved. So Attorney General Tom Corbett will take it from here.

But guess who's running against Corbett? And who do you think Morganelli uses to run his campaigns?

The investigation should be concluded within the next seventy to eighty years.
Posted by Bernie O'Hare at 1/03/2008 12:00:00 PM

Get a fuckin' life Bernie. You're like the old snitch in school saying na na, na na, and then you run home to your mother.

Oh Tommy S,
the pipes, the pipes, are calling
and I think it is time to take your MEDS!

Anon 12:41 is right! Leave Scissorhands alone, and stop by my shop tonight for a shave.

The ET reported today that Angle is being investigated by the Attorney General for filing "false reports ?"

Oh Severson made a complaint against Angle, hoping they cancel out.

people say they want to clean up elections and government. Here is a major contributor to the cesspool here in NORCO and we have people who can only treat it as a game and try to shoot the messanger. IN case you missed it folks this guy is first of all corrupt, second of all amoral and last but not least dangerous on may levels.

It is far past time to get this man out of politics and stop his influence in government.

"Not So Casual Observer," you are absolutely wrong about Bernie. He has absolutely no influence at all, and he isn't even a danger to himself. Although, in playing agent for the government, he is trying to get innocent people prosecuted, he really is quite harmless.

I don't even carry a knife!

Annon 9:04 not so casual was writing about Angle. I think it is unfair to attack Angle like that. The past is the past. If there is a problem now it will be taken care of.

Set Severson Scissorhands free!
We want to go on a spree!

Word has it that Angle is being investigated by the AG because he falsified information on the police report. Check that out Bernie or are you to busy preparing his testimony when he gets called in?

Yep, that must be it. Are you related to Goebbels?

Is Angle being sued again for wronging a couple that he sold a house to a few years ago ?

Angle has indeed been sued by a couple who claims they had purchased two, and not one, parcels of land from him. Angle contends they bought what they contracted to buy. I have not seen the lawsuit, but will look at it early next week. I'm sure you've heard the expression, "caveat emptore." The buyers have a heavy legal burden. I hope they and Angle can come to some resolution. Given the amount of property that Angle buys and sells, problems like this are bound to happen from time to time. For the sake of all involved, I hope it can be resolved.

But your goal here is to divert attention away from Scissorhands Severson and onto Angle. I find those antics much more disturbing. We all know that Ron is a tough businessman, but this stuff about Severson was not known until recently, and it's pretty damn scary.

Only in your imagination.