Bloggin' On the Air! 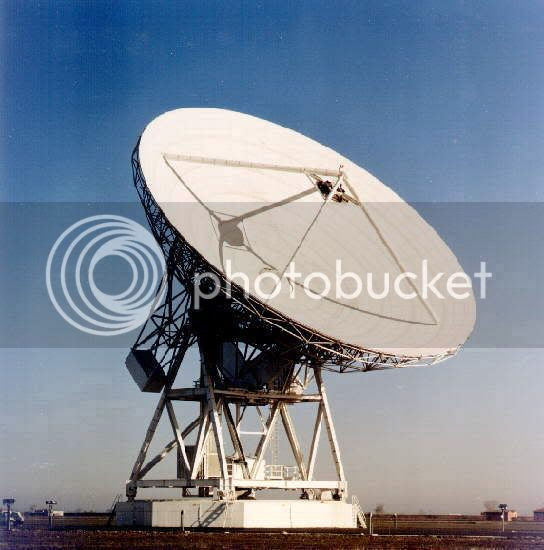 Lamont Mclure, look out! I'll be bloggin on the air for two weeks starting on Independence Day.

Who? Local bloggers an pols! Who else? I've invited Our West End Neighborhood, Old Fairgrounds, Easton Undressed, BillyBytes and News Over Coffee., to give us their perspectives on Allentown, Easton, and Nazareth. I would ask Lehigh County Redneck to come on, but to be honest, she scares the hell out of me.

Joe Brennan, the Democratic candidate for T.J. Rooney's state rep. seat, will appear July 5 and share his vision for campaign finance reform. Lehigh Valley Beyond Oil will talk about peak oil and how the Lehigh Valley can cope. Nazareth Borough Councilpersons Jack Herbst and Cindy Werner have been invited to discuss the proposal to build a new government center in a residential downtown park. Topics are still being developed and your suggestions are welcome.

Bloggin'? Each day, in addition to the radio broadcast, there will be a post on the topic being covered on the air. Feel free to call into the show or you can also post comments right onto the blog.

EVENING UPDATE: Jerry Seyfried, who served Northampton County as Council VP, Council Prez, County Exec, and Director of Court Services, will be a guest on Wednesday, July 5, at 9 AM. Jerry actually left the County with a nice cash surplus. Long before the term "open space" became popular, Jerry had the vision to set aside money for that purpose every year. It was part of his Parks 2000 program, which was promptly ignored after he left office. He's one of the "good guys." It's an honor to have him.

can you have a live audience?

I would prefer that to the alternative. Radio listeners will make up the audience, so call in and get your view across on the air, or try to post a comment and I'll mention it.

Your blog site is greay, Bernie! Some food for thought for your WGPA guests. Lisa Boscola's largest contributor in 2006 is John Karoly, who won $7.8 million in the Hirko suit against the City of Bethlehem. She can't vote for tort reform! What happened to her promise for tax reform on the 2006 billboards? What happened to her big press conference legislation to assure wealth sharing among municipalities re: gambling money?
Whay does she vote no on pay raises, then take the money? My promises are posted on my site - www.bonniedodge.com - and they depend totally on me for fulfillment. Talk about developers! All the big names int he Valley contribute to Lisa! No open space happening with her in office! There's something rotten in the state of PA when elected officials get away with this stuff. Bonnie Dodge

I can't risk losing my job, or I would do it in a second. Sorry

That's OK. I might say something that would incur your wrath and then I'd wake up in the hospital.

I can't wait to listen!

Why don't you invite on Joe Long and ask him about some of the items discussed on this blog a few weeks ago? While you are at it, why don't you invite on Lamont McClure to discuss the Sunshine Act? Or maybe we could just stage a pay-per-view steel cage match for the two of you to duke it out.

Two years ago, when I was doing the radio show, I called Joe Long and asked him if he'd like to come on the air. The answer was "No, we don't do that sort of thing." I asked if he had any Democratic candidates that he would like to put on the air, and the answer was "No, we don't do that osrt of thing." Fortunately, TJ Rooney came through for me. But I never understood why Long was so unwilling to let make Democratic candidates available. It could only have helped them. I won't make the mistake of inviting him a second time.

But Lamont McClure is another story. I have lots of quesations for him, and I'm more than willing to give him an opportunity to answer them. He reads this blog every day, so I must at least compliment his taste in blogs.

You are an idiot.

Lisa Boscola voted against every pay raise and NEVER took the unvouchered expenses. If your campaign is built on lies like this, you are way beyond desperate.

Just read in the Morning Call that you raised a whopping $200. Wow! That shows that a lot of people actually believe in you and what you stand for!!!!

You are a crazy, whacko woman with delusions of grandeur. Too bad all of the women from your former prayer group (who knew you were screwing another woman's husband while you both were married) are praying for Lisa to win!

Hey Bernie, could we institute a civility code for bloggers.

If Bernie starts censoring his blog, only little sissy whiners like you will post your pathetic little lifeless comments here.

... and so much for being a "dem" when you stick up for a fraud like Bonnie Dodge. You're a hypocritical fraud and phony yourself. Just change your screen name to lvrep and get it over with!

How's it feel to be the biggest pussy on the Internet?

lvrep: Mommy! boo hoo! The girls are picking on me again!!! waaah!

We don't need a civility code, and please don't edit out comments by Mr helen Keller. My husband and his Army buddies always talk about visiting the D-Day battlefields in Europe, and how all those who are buried there didn't die to promote gay bashing or worry about corporate profits. Those men didn't get to come home and write letters to the editor, they died so we could. I don't like some of the stuff that gets posted on these blogs, but I will always support an idiot's right to be an idiot. Even the idiot who has sunk to a certain level of discourse should realize that.
That is Independence, that is freedom. Be greatful for it Helen

For a woman (supposedly), you have more balls than lvrep. And I give you credit for that.

I don't support gay bashing or those "God hates fags" protesters who stand at the graveside and disrespect our fallen soldiers.

I believe the Internet is the ultimate marketplace of ideas, good, bad, and in-between. I may not always express myself in the most civilized manner, but at least I do not hesitate to express those passionate feelings that I hold near and dear.

Thank you and I respect you.
Your Biggest Online Fan,
Helen

Bonnie Dodge is the Republican nominee for state senate. Although she is extremely conservative and invokes God's name just a bit too much to suit my taste, I think she's a very sincere and hardworking candidate with a number of very good ideas about government. She supports campaign finance reform, lobbyist disclosure, and her latest report shows that she practices what she preaches. Gotta' respect that. Now Bonnie has attacked Lisa on the issues and her funding sources, and that's fair. She has not resorted to any of the negative personal attacks that are so deplorable these days, as when Tony "the Hatchet" Rybak went after Joe Brennan.

Lisa Boscola will probably get my vote because I just happen to agree with her more, but just barely. And I'll be honest and say that I really haven't made up my mind whether I should vote for a conservative who pretends she's a Dem or a Republican who supports government reform. I sure wish Lisa acted a bit more like a Democrat. She has considered switching parties very seriously. Remember that? So Lisa is no great Democrat, even though she's tied very closely to the local party bosses, John Morganelli, etc. She is, however, a very good politician, and I adore her mom.

Now the personal attack against Bonnie Dodge is irrelevant to her candidacy. I don't believe in censoring what people say, and I'm not going to start now. People are free top say what they want. But I have to caution that a person who launches a mindless ad hominem attack against a candidate for public office diminishes himself or herself and loses all credibility. It's just not necessary.

LVDem is a fellow blogger who publishes "Politics: Lehigh Valley Style." I don't think anyone could call him an R after reading a few passages from his blog.

But the whole point of all this is that liberal or conservative, we're all in this mess together. Sometimes a liberal might like a conservative, and vice versa. We're all looking for the right answers.

If someone wants to attack me personally, that's fine. I'm not running for anything. I don't think LVDem minds so much, either or some of the other commenters to this blog. We all can give as good as we take. But please refrain from senseless personal attacks against a candidate for public office unless it has a direct bearing on that person's qualifications for office.

My point is always that it is easy to sling personal attacks but it takes real intelligence and discipline to have a give and take on values and policy. I certainly hope people use their First Amendment rights, not to insult people or to call them names, but to point out the true problems in society and challenge power where power has become abusive.

If grace is not your style, that is fine, but please understand that many of the posters here and elsewhere have developed a reputation amongst each other. Often times you are missing the big picture.

also, Bernie and I mock the civility code constantly. It's funny. If I can't invoke it on a weekly basis I have failed in my duties.

I just read the well written thoughts of the 25 year old LVDem, and I am impressed by them, and admit it is much too easy to do something from behind the cloak of anonymity that I would not do normally. There is an unwritten code of civilty, and I shouldn't let myself be goaded into ignoring it. I criticize others for what I see as their stupidity, when all I do is give those that I want to hear my voice a reason to ignore me.
I am learning. When my better half and I wrote together, we tempered each other from going over the edge. Having my own voice is nice, but I have more passion than discipline.
I am going to get myself some

I will learn to have more discipline to go along with my passion. My comments to Anonymous reflected badly on me. I am better than that. I will learn not to be such a #itch. I will keep my rough edge, but If I want people to respect my views, I need not just to talk being tolerant, but practice it. Oh My God!!! I'm turning into a..... REPUBLICAN!!!!!!!!
AHHH!!!!! HELP ME!!!!!!