Bloggin' on WGPA AM - Wednesday's Lineup 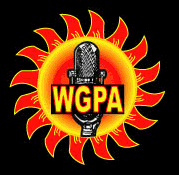 Tomorrow I'll be bloggin' on WGPA 1100 AM at 8 AM with Joe Brennan, the Democratic nominee for T.J. Rooney's state rep. seat. Remember Joe? He wants the state to ban the use of hand held cell phones while driving. He's a former member of Northampton County Council, where he developed a reputation as a maverick. He told me he wants to discuss campaign finance reform, long overdue in the land of midnight payraises.

At 9 AM, I'll be joined by former Northampton County Executive Gerald Seyfried, whose resume of accomplishments is too long for this blog. What's he going to talk about? Whatever he wants. He's a walking encyclopedia of Northampton County Government. As a small example, he developed an "open space" program long before the phrase became so popular, and believed in funding county projects on a "pay as you go" basis. Our current executive, John Stoffa, has relied on Gerry's very capable advice.

A ban on cell phones, while driving, should include the "hands free" types as well. To parapharse one of the best campaign slogans ever, "it's not holding a phone that's distracting, it's the conversation, stupid."

This law, while a great idea, is another one that would be tough to enforce, and people would only be held accountable after the fact, or accident. Like most of our laws, it will prevent nothing, but make for harsher punishment.
That doesn't seem to stop hardened criminals, so why are we bothering? Because it makes us feel good, like we really could do someone.
Somewhere in our constitution, we have guaranteed the right to be stupid, and do stupid things.
You really can't legislate against stupidity, but we try.
Common Sense cannot be made mandatory. If that were the case, The LVPC would back light rail.
that's not going to happen, and neither will people who have become addicted to driving with a cell phone in their ear turn it off, because, "They" are not the problem.

mad batter - you're certainly correct when you state that you cannot legislate against stupidity, nor make common sense mandatory. And I could care less if somebody was to cause a self inflicted injury or take their own life due to stupidity or lack of common sense. But, unfortunetly, these dimwits usually manage to hurt or kill someone else in the process. So, I think you have to make an attempt to stop them.
Make it a primary offense (unlike our seat belt laws) and impose very severe fines (at least $500.00). Then, although I'd rather see them utilized in crime prvention, etc., turn law enforcement loose. I'm sure the cops see as many dimwits driving around as I do. And perhaps if they catch enough of them and the media highlights it, we'll stop more than just a few of them.

My cell phone has enslaved me. And it always rings the second I start driving or sit on the throne. I think it's programmed that way.