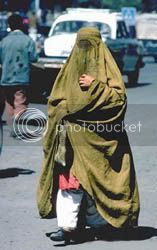 Bernie O'Hare is an insufferable little bastard. Don't ever give him money. I lent him $50 a few weeks ago so he could fill up his gas tank, and he spent it on booze. His ugly red jeep hasn't moved for weeks, and every day and night I can hear that frickin' moron singing the same Neil Young songs over and over. O'Hare only does that when he's drunk. When he's really drunk, he thinks he's Jolly Joe Timmer.

"Open that door, you little shit!" I shout as I pound on O'Hare's door. "I know you're in there! Cough up my dough!" I can hear him moving but he's not answering. I push the damn door open just in time to see him jump right out the window. Now he's running in the buff down a dark street, in the middle of the night, singing, "Keep on rockin' in the free world." I hope he gets struck by lightning or run over by a cop or something. What a waste. As I suspected, he's drunk again. There's empty booze bottles all over the place. That and old pennies, for some reason. And lots of old newspapers. Seriously, the guy's a wing nut. I'm going to send a little note to Lamont McClure. That'll fix his ass.
I'm on his PC right now. He was writing about "open government" again. Give me a break! I'm sick of all that crap about this pol and that pol. Bernie, nobody cares! Since O'Hare's not coming back anytime soon, I'm going to write this post for him. Maybe then he'll learn to pay his debts. And he better learn now. What the hell do you think they'll do when he runs up a tab at the casinos? That's right. He'll be singin' soprano, baby. I watch Mafia movies so I know about that stuff.

Instead of talking about stupid boring local government, I'm going to open things up a bit and lay it out on an international scale, baby. I want to talk about Afghanistan. Remember Afghanistan? We beat their asses faster than you can say Taliban. And we did it for their own good.

Now you'd think that after killing over 250,000 people in Iraq and Afghanistan, they'd get the message - we're going to set them free no matter how many we have to kill in the process. Freedom ain't cheap, bippy. Let's face it, Saddam was nothing but a two bit dictator who tortured his own people and refused to provide basic necessities like running water or electricity. He had to go. Now, the people of Iraq are secure in the knowledge that if any torturing is to be done, we'll do it. And we'll get those water pipes but have to secure oil pipelines first. The oil must flow.

Things were rough for those Iraqis when Saddam was throwing people out of helicopters, but the women of Afghanistan were living a nightmare. Those wacky Talibans draped their women in 20,000 layers of clothing called a burka, and regularly beat them silly if they stepped out of line. So we bombed the hell out of them so they could bask in the glow of Lady Liberty. I remember the flowers they had for American soldiers or the graves or something. Or were they poppy blossoms?

Well it looks like we're going to have to level Afghanistan again. No it's not about their poppy fields or their increasing opium sales. Let the free market resolve that matter. What has me riled is now they're marrying off their 11 year old daughters to very old men so that they have enough to eat. Give me a break! You know we already killed enough of them so that hunger is not the problem. Besides, look at them. They're skinny. They just don't eat much. No, those demonic Islamic fundamentalists are using hunger and hardships as an excuse to turn their kids into sex objects. Haven't they learned anything? Don't they know that a free nation doesn't turn its females into sex objects until they're 18?

So "Bring it On" baby. Let's rack up a few more dead bodies so that the song of freedom can be heard. It's our Christian duty. And God is on our side.

You should get toasted more often..that guy is good!!!

Don't believe that asshole. I only owed him $20, and I fell out the window.

Bernie, your Morning Call photo must be a file one. You look at least 20 years younger than your blog picture. Is it your mug shot from beating up on Lamont McClueless? Just wondering?

I just wanted to comment on your radio show going on right now. It's refreshing to hear two guys talking positively about Allentown. We all know it needs some work, but change will not be possible without optimism, so this is a good start.

Damien understood the analogy I was trying to make. Crime happens everywhere. What I wanted to say was I think expanded public transportation would help get the inner city folks out to the available 2nd and 3rd shift warehouse opportunities outside Allentown. Does Lou have any thoughts on this?

Thanks for being honest with your answers. By the way Bernie, I will lend you $20! Lou, keep up the good work, Damien, I am glad we have young men like you getting invoved in our communities.
I have to pretend I am employed now!

To Anon 7:41, The op-ed photo was snapped during the bond litigation and is about 5 yrs old. The pic on my blog was taken about a year ago. So I guess I aged 20 yrs in 4 yrs and I feel like it, too. I'm falling apart.