Ain't No Sunshine in Nazareth 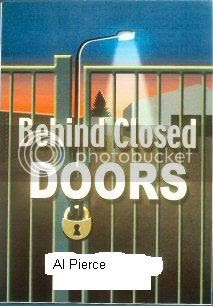 By now you've read excellent summaries in both The Express Times and Morning Call about Monday's rally in Nazareth to save a park slated for development as a new municipal center. Onlookers battled the still air with handfans containing slogans like "Save Our Open Space". They listened to impassioned pleas from local residents who condemned the sacrifice of open space, cost, and lack of options. After the rally, a large portion of this fired up crowd entered Council chambers to make the same pleas to Council. Borough council still favors a government center expansion at Nazareth Hall Park, but the vote is now 5 to 4 instead of 6 to 3.

I spied Reverend Matz, a borough councilman who incidentally supports the expansion, as he tentatively made his way across the field to Council chambers, and buttonholed the poor guy with question after question. I had tried the same thing earlier with Express Times Editor Joe Owens, but he got away.
Now Rev. Matz is not some intransigent person unswayed by reason, but a kind-hearted thinker who holds quiet but well-considered opinions on topics ranging from the Civil War to our current conflagration in Iraq. And as I listened and learned, I realized his fellow council members are no doubt good people, too, even those who support the expansion.

So why do they seem so intent to head in the wrong direction? The answer, quite simply, lies with the Sunshine Act. It's ignored in Nazareth, by a "group of four" councilmen who discussed the expansion privately with the blessings of Solicitor Al Pierce.

"[T]he right of the public to be present at all meetings of agencies and to witness the deliberation, policy formulation and decisionmaking of agencies is vital to the enhancement and proper functioning of the democratic process ... [S]ecrecy in public affairs undermines the faith of the public in government and the public's effectiveness in fulfilling its role in a democratic society."

And this "secrecy" is exactly what happened in Nazareth. When I finally released Rev. Matz and parked it in Council chambers, I learned that Council committees considering the municipal building expansion had routinely met behind closed doors, in complete violation of the Sunshine Act. No notices were posted, no advertising, no nothing. Council Solicitor Al Pierce, in a complete misinterpretation of the Sunshine Act, actually believes that committees can meet privately for "administrative" purposes. This, of course, is nonsense. These committees took the official action of submitting one and only one proposal to Council for consideration.

Anyone who reads this blog knows by now that the Sunshine Act applies both to borough councils and their respective committees. Don't take my word for it. Ask media lawyer Terri Henning or Northampton County Council Solicitor Lenny Zito. A committee that meets privately will do nothing but instill distrust in the public no matter how well-intentioned. Moreover, it deprives public bodies of beneficial public input. Had Nazareth's committees met publicly, the council might now be considering several options for a municipal center instead of one that destroys a park. And I'm curious how these committees could have authorized an architect to prepare plans for a proposal that had not been approved by Council. Who is going to pay that bill? It won't be Al Pierce or the "group of four."

Had Council followed the law, it would have permitted the kind of quiet and reasonable discussion I enjoyed Monday night with Reverend Matz. Instead of drawing battle lines, Council and the people they are supposed to represent might actually be on the same page. The secrecy must end. Council can do it themselves or wait for a judge to tell them. But they must change their policy of permitting committees to meet privately.

Evening Update: The Express Times today published an editorial opposing any government building expansion that requires the sacrifice of what little open space is left. "When the public speaks this loudly, public officials have an obligation to listen and learn." But the editorial also cautions,"Council members shouldn't be vilified for recognizing that the borough government deserves a more modern, efficient home." Fair enough.

The Morning Call also published a letter to the editor from Nazareth resident Bill Coker, "We shouldn't try to be like the big-town 'Joneses.' Let them try to be like us." Well said, Bill.

Thanks, Lori. You did a wonderful job organizing Monday's rally.

Once again, you are my HERO!

Such committee meetings are an opportunity for communities to really engage their decision makers. I remember a community that literally held open door meetings for hotel developers to present their proposals. The purpose of the meeting was to give residents and council member the chance for a give and take on a major project that would impact their downtown. Sure, it brought the process to a grinding holt, but in the end, the town got the hotel it wanted and the developers got the variances that they needed. And perhaps just as important, the council members got all of the credit (which is what politicians want).

LVDEM, I hope borough council will think hard about this, and listen to the very large number of residents who adamantly oppose the further destruction of Nazareth's parklands. Thanks for your observations.

I don't doubt the passion of those who oppose, but my experience is that there is often a silent majority that is not passionate about the issue. Those are the people that need to be sought and heard.

I don't think there's any deal on the table for a developer to take over on Belvidere.

Especially I like the first site. But other links are informative too, if you are interested check all those links.http://neveo.info/1040.html and http://googleindex.info/2886.html