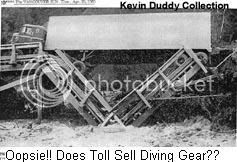 We don't see them too often. I doubt they have time to read this blog or any of the local papers. They're up long before the rest of us, and don't return home until well after most of us have settled in for the night. They practically live in their cars. These are the Lehigh Valley's newest immigrants, and they're not illegal. They are refugees from New York and New Jersey, who have fled high taxes and skyrocketing car insurance for the good life. Not much of a life, in my opinion, but it's not my life.

And this is where Toll Brothers, the nation's largest McMansion builder, steps in. Right now they're offering homes at about a half mil a pop in six different developments in the Lehigh Valley, clearing woodland and farms for the people who live in their cars.

One of these developments is called Saucon Valley Meadows. You can build a house here for between $560,000 and $650,000. Here's how it's described:

Pretty cool, huh? And best of all, it's real close to Route 78, the path to the bucks for the people who live in their cars. Only six lots are left.

Because Saucon Valley Meadows is nestled in a "picturesque country setting," it presents some construction problems. The quickest way to get to the site is over Meadows Road. There's a county bridge on that road. It's a pretty stone-arched bridge and has been sitting there since 1858. But it wasn't designed for heavy construction trucks. It has a ten ton weight limit. But that's the quickest way to get to the construction site, so that's the way Toll Brothers goes, over and over, as it builds 49 luxurious McMansions for the people who live in their cars.

Now believe it or not, the Pa. Code has regulations that permit a developer to drive overweight trucks over a bridge like the one on Meadows Road. Toll Brothers could have obtained a permit to use the bridge for as long as three months, but would also have to assume liability for any damage done to the bridge. Sounds fair, right? Toll Brothers never bothered.

A woman who has lived along Meadows Road for most of her life complained to the township about the constant truck traffic over that bridge in clear excess of the weight limit. She was eventually ignored. In fact, police asked her to stop calling.

When surface waters from the luxurious Saucon Valley Meadows began to accumulate on her property, she complained again. The township told her it had no intention of doing anything. And Toll Brothers told her that if she didn't like the way things were, she should get a lawyer.

This woman finally complained to Northampton County Council last Thursday, and they quickly shuffled her off to Public Works, which monitors the county's bridges. Hopefully, they'll examine the bridge, assess Toll Brothers for any damages, and insist that a permit be obtained before any more trips are made. But I'm not holding my breath.

I don't know if the people who live in their cars ever get to see the historic stone-arched bridge they drive over as they travel in the darkness to and from their McMansions. But thanks to Toll Brothers, one of these commuters may soon become a person who swims in his car.

You see, Toll Brothers doesn't give a damn about "majestic Northampton County" or the "picturesque country setting" at Saucon Valley Meadows. It nearly put one development in the middle of Valley Forge National Historic Park, and another on the Chancellorsville battlefield. And it is not above whisking township officials to meetings on private jets. Its motivation is profit - not perpetuating what beauty is left in the Lehigh Valley. And in its rush to accelerate our continuing sprawl, it might actually be destroying a beautiful and historic bridge, something that really is majestic.

Developers like Toll Brothers demonstrate why regional land use planning is so necessary. The people who live in their cars should be welcome, but at the current rate of mismanaged development, the Lehigh Valley will soon be no different than the areas from which the commuters fled, and we'll all be moving again.
Posted by Bernie O'Hare at 7/25/2006 12:21:00 AM

great post, Bernie. Isn't it true that real development should consider all the effects it will have including those structures and neighbors who will bear the brunt of the developer's shovels and trucks. great post!

Thanks for the nice words. Yeah, there are all kind of things that are supposed to prevent this, but they don't work. Retention ponds and drainage swale agreements are now standard, but there's more runoff now than ever. And why does a developers get away with breaking a law like that when som,eone like you or me would get hauled away?

Hey Dental Floss Tyconn and fellow Zappa fan: An impact fee would cerainly help, and state Rep. Grucla is pushing that. But he's meeting a lot of resistance. And I think you know the source of this resistance.

Bernie, my husband just posted something on Mudville that you should read. I can't email from work, so I'm doing it here. He just told me last night. I cried reading it, and I don't cry that easily

Tnaks for telling me. It's good. Folks, Dem Fly on the Wall is talking about Musings From Mudville. And she's been stirring a hornets' nest at her own blog, Lehigh County Redneck.

Their most recent development in the city of Philadelphia is walled-in, too. Gotta love them.

And Chris 'fp' with the geat sports blog, Tol Brothers is Pa based.

Thank yo so much Bernie for getting my story out there. How can I send a copy of this to my friends in the townswhip?

I was pleased to write a post about it, but am not pleased it happened to you. If you want to email the post, all you need do is click on the headline, "Lehigh Valley Ramblings," look at the post, and you'll see something that looks like an envelope at the bottom of each post. Click on the envelope and you can pass it on.

Oh boo hoo! I think the people that have lived in the McDinky houses since the 70’s just don’t want the McWealthy making you look bad. The trucks don’t want to go down meadows any more than the cars do. That bridge and the intersection at 412 is a pain to maneuver. The solution is for the construction traffic to travel on Skibo/Walnut. Now, was that really hard to figure out?

This the dumbest comment i've ever heard, next you will explain to us that 1+1=2. A corporation's purpose is obviously profit, there is no question there and even they wouldnt even debate that. Until you begin to understand capitalism you will continue to live in your McRowhome.

YOu shouldnt be angry with the company, but with your elected representatives who gave in to the "whisking" away in private jets. Its Toll's job to make money, its the township's job to enforce the law.

Anon 9:00, If that is the dumbest statement you've ever read, you clearly don't read very much.

Sounds like this struck a nerve. Perhaps you feel guilty about something. And I am angry with the company. It's a leech that sucks the blood out of this area. It steps all over the verty things taht give this area value. And it threatens to sue anyone who gets in its way.

The houses built on Meadows Rd in the 70's and 80's are better quality than the homes built in the SVM development. The lawsuits stacked up against Toll Brothers by those who purchased said homes say it all.

The houses built in the '70's and 80's do not have the negative enviromental impact on the overall township that the SVM homes do. That development was never ment for homes with such large square footage. It was only becuase of a lawsuit that held up the constuction for many years that the development was not require to conform to the the newest storm water and land development standardsof the township which would have prevented the homes in that development from being that big. That's why if you want a deck or such, you'll have to apply for a variance and hope it get approved. But even if it does get approved because of the water run-off issues, your property will be barred from any other variances.

The more negative impact a development has on it community, the more taxes will have to go up to fix the problems it creates.

The SVM develoment is part of a larger development called the Wagner Farm Devlopment that was planned as far back as the 60's or even longer. This devlopment was built in stages over the last 40 plus years. So get over yourself, SVM is part the Wagner Farm Developemntwhci the same 70's homes are part of. It is jsut semantics.

The homes in the SVM development aren't really that nice. Who wants such a big home with big windows on a tiny half acre lot and the only view is of your neighbors bedroom or driveway? I guess you couldn't afford a real property in the country.

If you didn't like the Meaodws Rd area, than why build/buy a house in the area? I am sure there are other areas that would accomadate your enviromentally unfriendly house and your ego much better. I mean it's all about the property value of your home right? The homes built in the 70's and 80's and even 90's in the area would just diminish that.

The bridge was there way before you or me. And the point of the story is that construction vehicles did/do not use the Walnut Street/Skibo Rd even after being told to do so by the township and it is still going on 5 years later.

God forbid someone should have to slow down and stop for a minute to cross a bridge. The Route 412/ Medaows Rd/Springtown Hill Rd intersection has only become worse since the increase in developments such as SVM and the construction of the Creekside Marketplace. The lack of impact fees from such developments contribute to the problem of no money to fix the intersection. So it will continue to be a bad intersection unless taxes are raised to fix it.

There is much more to living in the communty than owning a home and worrying about it's proerpty value. And if you don't like the area, including its history go somewhere else. Maybe back to the concrete jungle of Jersey or New York? But you are probably just a want to be rich person that could not afford a home other than one in the the area you bought in that development.

Communites are being wrecked by people like you who don't appreciate an area for what it is and the diversity of people who live there. Get over yourself, what have you brought to the community? What positive effort have you made in the community? You base your identiy on a label Saucon Valley and cling to the label but don't like what that it represents.

But then again maybe your just angry at yourself for buying when the real estate market was inflated and you overpaid for your home and your angry because you realize that you will never get the same price you paid if you try to sell it. In a few years, my home will be historic, yours will just be old and outdated.