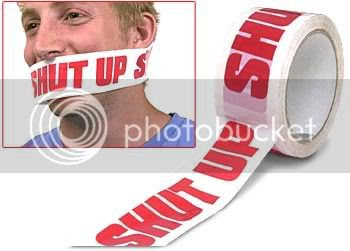 I'm pretty tough on local officials, but must confess Bethlehem's city council is an impressive bunch. On Wednesday night, they faced a full house of west end residents who were justifiably angry about their fourth sewer backup in just two years, especially since the Mayor promised ten months ago that he would take care of the problem. They had some serious brownfields, baby! Council then heard two citizens accuse the administration of blocking email access. Finally, they heard from two members of Lehigh Valley Beyond Oil concerning the local steps we must take to deal with our impending energy crisis.
By the time Council got to Lehigh Valley Beyond Oil, it was late. Reporters from three different papers had long since dropped their pens and stared vacantly into space. I know this because I had dropped my own pen, and was staring vacantly at them myself. We were tired.

Now those who address council have a strict five minute time limit, but a lot of people wanted to speak and they all were heard. I figured Council was going through the motions. They had to be tired themselves. But at the meeting's conclusion, Councilman Leeson expressed concern over the email allegations, and asked that it be investigated. And Council President Schweder shocked me when he said he was deeply troubled by the problems identified by LVBO, and wanted to address the issue. (He admitted he saw "An Inconvenient Truth" with the artsy-fartsy crowd.) I was amazed. Council not only listened, but actually had responses for everyone. And they repeatedly apologized to city residents who were inundated with sewer water.

After seeing the respect that Bethlehem's Council showed to its residents, I could understand the five minute limit on public comment. It is there so that all could be heard, and they were. I left the meeting thinking Bethlehem's residents are in good hands.

Hellertown now has its own five minute limit on public comment, too. But its purpose is entirely different. According to Council President Anthony Branco, meetings last too long. He doesn't like that. So this limit is designed for the convenience of Council members who want to go home, not to ensure that everyone is heard. Branco's got it backwards.

Council Prez Branco, you may recall, managed to get himself appointed recently to Northampton County Council. Perhaps he should resign one of these positions so that he can pay attention to what citizens have to say instead of worrying about being home by 10 PM. But it's unclear to me whether Branco is representing the residents or the land developers who financed his losing County Council campaign.
Posted by Bernie O'Hare at 7/06/2006 11:03:00 PM

Isn't that their "job"? If they have better things to do than show up (and maybe even listen) at monthly council meetings, maybe they shouldn't have run for the job!!?? Maybe they'll institute drive-thru council meetings next where "those damn voters" get a Happy Meal and a pacifier and are then told to get out... talk about the spirit of Democracy being on life support!

Last night after I had driven the man who should by all rights be Northampton County executive back to his home at 9 Westgate Avenue in Palmer Township, John Todaro, he and I commiserated with each other:

The Northampton County Council meeting he and I just left had lasted 20 minutes top, when adjourned by council president Wayne Grube - who, with appointed council member and Hellertown council president Anthony "Tony" Branco and the other council cohorts, were anxious to get home and to bed. (Councilman Ron Angle, as reported in today's edtion of The Express-Times by reporter Precious Petty.)

Wayne did explain to me and John after the meeting that he didn't feel well.

I responded that he did hoarse as he conducted the abbreviated meeting, and that I had sounded hoarse to myself as I addressed council, and wondered if my voice had been strong enough to make myself heard.

Todaro, whose legally blind but compensates with a super-keen sense of hearing, assured me that i had made myself heard

I did want to go on the official record as opposing the punitive resolution introduced by council's other appointed member, Lamont "Mad Dog" McClure - unleashed for the meeting by his master DA John Morganelli - seeking to extract "blood from a turnip": an old Southern saw applied to any bedeviled debtor who lacked the wherewithal to pay off his creditors.

Mad Dog's hammer for these wretches?: extend incarceration for the bled-dry turnips, already jailed in the county's over-crowded $22-million (with the cost overruns still rising)for their inability to work and earn enough money to pay their debts - even if employed in the county's corrupt "work-release program."

Stoffa squeezed Mary into that position, held previously by Jerry Seifert, in a misguided attempt at bi-partisanship - the same as his misstep in attempting to shoe-horn Republican Marta Boulas Gabriel into the position of county administrator: a position vacant since Govenor Ed "Fast Eddie" Rendell plucked Administrator Jim Hickey up in a raputure - together with Bethlehm Mayor Don Cunningham and Easton Mayor Tom Goldsmith - and transported the trio to Harrisburg to join his own administration - Goldsmith to the Liquor Control Board, where he can sell liquor licenses the way Geoffrey Chaucer's Summoner sold indulgences for his Roman pope; Hickey as head of all the commonwealth's real estate, including its Larry Holmes Drive welfare building, destroyed by "Ivan the Terrible on September 18, 2004, and the torrential rains of April 3-4, 2005; and Cunningham as the overseer of all commonwealth procurement, including 61,000 slot machines already purchased and tucked away in the Pocono hills, while awaiting the word from Mount Sinai of Rendell-appointed Pennsylvania Gaming Control board chair Thomas "Tad" Decker that BethWorks Now is one of the lucky recipients of a Class 2 slot maching-gambling casino - located on the banks of the South Side Bethlehem's Lehigh River, the so-called Lehigh Valley's own Love Canal.

Decker is the former managing partner of the Philadelphia office of Cozy O'Connor, the law firm representing the Delaware and Lenni Lenape native-Americans in their quest for a casino - as restitution for the 315 acres in Forks Township - home to the Binney & Smith, Fuller, and Nic Zawarski & Sons corporations - that William Penn's son, also named Thomas, stole from them in the infamous Walking Purchase grand larceny of 1737.

(to be continued, if you have the space on your blog)

Hey, In Upper Macungie the meetings are at 6PM so no one can get home from work in time to go to them. They are over by 7, so even if you did get there, it's too late to protest anything.

Hey, In Upper Macungie the meetings are at 6PM so no one can get home from work in time to go to them. They are over by 7, so even if you did get there, it's too late to protest anything.

Chris, Thanks for your remarks. And folks, this is the Chris casey who's running for state rep. in the 134th legislative district.

It's interesting how many ways our local pols can come up with to evade the spirit of the Sunshine Act. Meeting at 6 PM is a great way to make it impossible for lots of working voters to attend.

I can understand limiting public comment, especially when an agenda is full. People who must be brief tend to be better prepared and more salient. But if comment must be limited, it should be to ensure that everyone is heard. Hellertown has it backwards.

Excellent reporting Berinie. I am forwarding these thoughts to our Easton council.

And No soup for you, Branco!

You should use your massive power as an international blogger and have millions of people show up at the next council meeting and all ask to speak for 5 minutes about how wrong this is!

Homer, I've read your books! Pretty good stuff, although I hated when you killed off Hector.

I think I'll ask to read from the Iliad at the next Council meeting. That should take a year. I'll tell Branco it's a bedtime story.