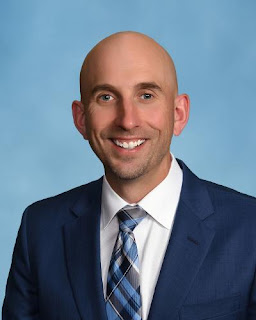 Blogger's Note: Bethlehem Mayor Bob Donhez is finishing his second term as Mayor this year. He is term-limited and is unable to seek a third term in office.I am aware of several candidates who have expressed interest, but the first to announce is Bethlehem City Council member J. William "Willie" Reynolds. Below is his campaign's announcement.

BETHLEHEM, PA - City Councilman J. William Reynolds will kick off his campaign to be the next Mayor of Bethlehem at 4 PM on Wednesday January 6th with an announcement and speech on his vision for the future of the city. The announcement and follow-up question and answer session can be viewed on Facebook Live (www.facebook.com/jwilliamreynoldsbethlehem). The videos will be available after the announcement at www.jwilliamreynolds.org.

“Bethlehem has always been a wonderful place to live but it is time for us to become something more. We need a clear vision for the future of our city that builds on our strengths and reimagines what our community can be. ” Reynolds said.

During his time on City Council, Councilman Reynolds has -

● Supported economic development and job creating initiatives that have led to Bethlehem’s strongest public and private financial position in decades.

● Created Bethlehem’s first open data effort to improve governmental transparency and access to public data in an effort to spur innovation and entrepreneurship. At his announcement, Reynolds will lay out his vision for the future of Bethlehem including attracting further increased private economic investment, prioritizing neighborhood revitalization and sustainability, implementation of the city’s climate action plan, and building a fair and equitable city.

For more information on his campaign, please visit www.jwilliamreynolds.org

As a climate change advocate I'm sure hoping Willie gets elected and does something about the weather. Winters just getting too cold. I'm all in for Willie.

Donchez 2.0. One day Bethlehem will wake up and stop electing school teachers.

Willie will be a great mayor. Finally a real progressive in the mayor's office.

The only idiot that would think willie will be good for Bethlehem would be a Callahan well bad news for willie there is someone else running for Mayor and Willie boy dont have a chance against Him...this individual will annouce shortly and already has plenty of backing both financially and others such as ..FOP, Fire Dept...etc..

Yes, won't it be great if we elect another unqualified, corrupt, politico to further drive our city down the financial and ethical ruination path. This fraudulent character just past one of the most dishonest budgets in the city's history. Another tax increase (5% general fund) and a Stormwater fee that translates into $3,000,000 in new revenue annually. Reasons for these increases "pandemic revenue shortfalls, additional pension burdens, the State is making us ". Bogus nonsense and outright lies are the reality. The city's lost revenue stream began with the $6 million dollars in revenue the inept business administrator counted as a defined revenue source from the sale of the Sands Casino ( he budgeted that amount from anticipated transfer fees and legal charges ). Only problem was he was $5 million dollars short in his incompetent calculations. The leadership of the city has also been systemically underfunding pension and retirement healthcare for many years ( so they could stay in office by claiming they are not raising taxes). The unfunded liability of pension and retirement healthcare stood at $64 million dollars according to the 2018 independent audit of the city. As for the Stormwater fee...... It is normally done after much public input and is usually accompanied by a through survey of permeable versus inpermeable surface of individual properties that serve as a basis of computing a fee. Reynolds buddy Evans ( the business administrator, behind the budget) also hired his unqualified wife as a department director ( parks and recreation) and gave her an $8,000 salary increase during the pandemic. The incompetence and corruption factor of our city is at a zenith. Putting this complicit councilman in charge only extends the damage and corruption for 4 more years.. The only honest democrat that has expressed an interest in running for mayor is Dana Grub, let's hope he enters the race.

Anon 1:29, you do know that a Callahan is likely to run for Mayor also. And Dana Grubb has no chance or money.

My exchanges with Willie have been friendly enough, but I always walk away rolling my eyes and being unimpressed by his intellect. City Council is a hodgepodge of characters who seem more interested in their own agendas than they do about Bethlehem. I won’t jump on the Reynolds bandwagon and can only hope that someone with a strong background in business, finances, and/or city planning jumps in the game. And what is with Allentown, Bethlehem, and Easton all being run by former teachers? Absolutely no disrespect to teachers is intended, just curious.

But he loves to hear himself shout, I mean speak.

The Democratic names I have heard are Willie, Dana Grub, Bryan Callahan and Joe Kelly. I think Bryan is not running bc he just started a brick and mortar driving school. I do not know about Joe. I am almost positive Dana is running.

I know no Republicans in the hunt. A Republican can and has won in Bethlehem and would make the race more interesting.

Grubb's slogan can be "Vote for me, or I'll punch you". Instead of debates, he'll want boxing matches.

Rumor is that retiring MDJ Matos-Gonzalez is running. She will win, bigly!

Be nice everyone Willie is just completing the deal he and Donchez made 3 years ago. Willie was not to run against him and he would help Willie win the election this year.

Wille did not oppose Bob so he will get help and $$$ and keep Bob's top administrators.
BryanC ain't no JohnnyC, if he runs Joe K of the Callahan Clan will not run. Bryan will have a tough time due to Callahan fatigue.
Dana G, is a sleeper in the race. Long, long family roots in the city, no $. is it enough???

Not aware of any women the sure ones have said no.

This year a solid republican would have a chance as the city is backsliding.

Bethlehem not ready to elect a socialist.

Patriot2 (aka Bruce),
Too bad Bruce... it's happening! Mayor Reynolds has a good ring to it.

Are you kidding me? Reynolds is the Councilman who supported to defund the police department in Bethlehem.

Yes, Reynolds along with Negron. Both of them are totally out of it!