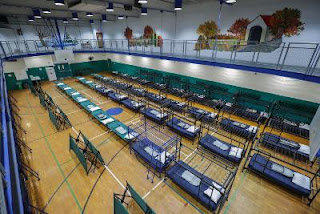 For those of us living from gig to gig, or paycheck to paycheck, the prospect of homelessness is very real. At this time of the year, when temperatures plummet and winds soar, it's also very dangerous. So Allentown's Warming Station, run by the local YMCA, is quite literally a life saver.

This year, the Warming Station has been expanded inside of a small gym so that social distancing can be practiced. There is still room for 70 beds.

In addition to the Warming Station, the Y offers meals to its guests from Tuesdays through Friday.

The Station will be open this year until April 30. 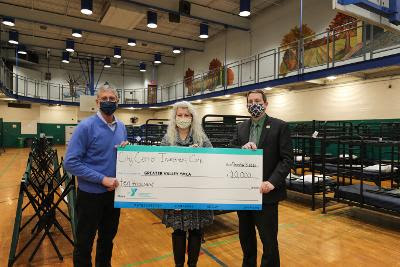 Funds for this project come from several sponsors.  They include City Center Investment Corp.'s J.B. Reilly. His NIZ project might be controversial, but his willingness to help provide shelter to those with no means should be lauded. His corporation has committed $50,000 over five years to this station as part of its "Building Community" initiative. Instead of patting himself on the back, as he really has every right to do, Reilly thanked the Greater LV YMCA for its commitment to the least among us.

Reilly, incidentally, is an avid basketball fan. He can often be spotted in the stands at local high schools. I'm sure it breaks his heart to see a beautiful basketball gym taken out of use. But this is for the best of reasons.

By the way, we all could be J.B. Reilly. The Y has a Warming Station’s Amazon Wish List at gvymca.org/community.

I think I'll set up one of those for me as I  write from my underground lair.

Blogger's Note: The photos were supplied by the Y, but come courtesy of City Center Investment Corp. LLC.