If You Want to Avoid Covid, Move Into a Nursing Home

Believe it or not, seniors who live in nursing homes are now more likely to survive a bout with Covid-19 than those of us at home. Here's the latest from numbers cruncher Steve Thode: 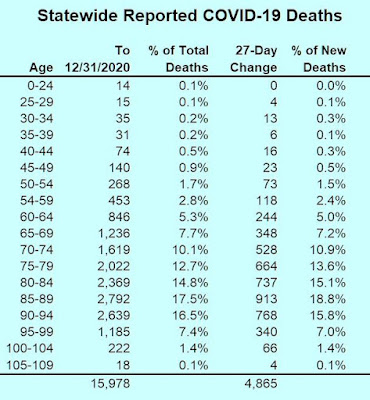 There were 4,865 new deaths reported between December and December 31 (the report was a day early due to the New Year's Day holiday). That's more than 30% of all deaths since the pandemic began. Deaths continue to be overwhelmingly among the elderly as there were as many new deaths among those over the age of 105 as there were among those under the age of 30. Pennsylvanians in their 80s accounted for more than a third of all new deaths. 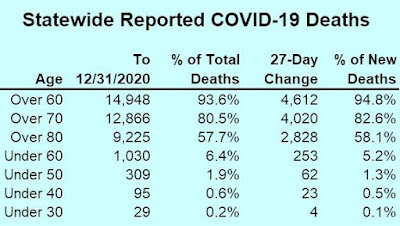 It is extremely irresponsible of you to suggest people move into nursing homes. Nursing homes are for people in need of assisted living.

It's meant in jest. Get over yourself.