The Tweeter Who Would Be LC Exec 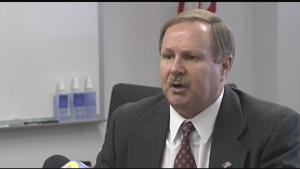 For many years, I had a very high opinion of Dean Browning. He was a level-headed conservative. It is he who suggested that Chair and Vice Cair of Lehigh County's Board of Commissioners should be from both parties. He has been portrayed as a profile in courage when, as a Lehigh County Commissioner, he bucked his party to vote for a 16% tax hike. After that unpopular vote, he lost his seat. Since then, he's lost two Congressional bids, a race for Lehigh County Exec and an attempt to reclaim his seat as a Comm'r. And something has snapped inside of him. A man who has always been careful by nature has thrown caution to the wind in what increasingly appears to be a quixotic quest for public office. Now he appears to live on Twitter, where he tweets about once every five minutes. He's rumored to be interested in running (again) for Lehigh County Executive against Phil Grandpa" Armstrong. What he fails to realize is that he's been his own worst enemy. His tweets have done him in.

Back in November, he tweeted that he is a "black gay guy" in some twitter tiff over the relative merits of Trump and Obama. He later claimed that he was quoting some black gay guy, but it sure looks like he got caught using a sock puppet to buttress an argument he was making under his own name. This does raise questions about his honesty.

As bad as that his, his tweet about Stacey Abrams, who lost a close race for Georgia Governor in 2018, is far more disturbing. Abrams is black and appears to be overweight. So in December, Dean tweets this:

Stacey Abrams will be at the Waffle House today.

She’s not registering people to vote.

My own take is that Browning was making a racist Aunt Jermima comparison. Maybe not, but he was certainly poking at her weight.

Now he's in some sort of twitter storm with none other than actor and comedian Seth Rogen. After incorrectly claiming Rogen resides in Canada ( he lives here and is a US Citizen), he just devolved into petty name-calling with someone all-too-willing to roll around in the gutter.

Dean thinks he can insult his way into Lehigh County's top spot.

That trick worked once. I doubt it will work again.

Dean, who paid dearly for that vote many years ago, has like many conservatives observed the corruption in both parties, the media and in many government agencies and has become much more conservative.

I myself have not supported Browning many times because of that vote, but I believe he is concerned about the downward spiral of the country. That he doesn't need the money from holding political office and I do believe he is not a corrupt man.

Whether he should run for office or can get elected is an open question, but we should encourage all candidates to run for office. If this country continues down this path of personal destruction, we will only have candidates that are crooks, rascals and endorsed by the corrupt establishment.

Attacking someone who is rumored to be considering a run for office is just a symptom of the sick environment of our politics today.

I know Dean and his wife. Dean's out there and I think he's a little nuts. I would not vote for Dean. I also don't believe there's a racist bone in his body. Stacy Abrams is overweight and that seems to be fair political game in the era of Trump, who made fun of others' looks, despite his own obesity. Dean can be defeated on his views - or his flavor-saver mustache and hilarious attempt at a comb-over. But using scurrilous racism charges diminishes the seriousness of those charges when they're honestly warranted.

Whether Dean's comment is racist or a slam at her obesity, it is precisely the kind of mean-spirited comment that I find disgusting in any elected official. Frankly, there is little doubt in my mind that his comment was a jab at both her race and weight.

Just looking at the Executive race, I think it would be a hard choice between Browning and Armstrong.

Armstrong's done very little while in office, other than give us another tax hike. I'd like to think that Browning learned from his vote that gave us the previous one.

So the decision would come down to whether I want a guy who might be tweeting under more than one name (uh, welcome to Twitter), or a guy who is more focused on attending photo ops with giraffes at the Zoo than he is on the guards at his jail (and residents at his nursing home) who are suffering - and dying - from Covid.

Browning might actually be the lesser of two evils here.

"Browning might be the lesser of two evils here."

Dean needs to be put out to pasture.


Not sure what you're talking about. Browning wasn't in office in 2015.

I think you're stretching in trying to make this a race thing.

I read the comment here for the first time and wouldn't have thought it was racial at all. No argument on it being a comment about Abrams' weight, since she is (not appears to be) overweight.

Honestly, the Aunt Jemima connection says more about how you ACTUALLY think than how Browning MIGHT think. If that's what he was going for he could have said the Pancake House instead of the Waffle House.

I do agree with your point about taking personal shots at somebody, and if that is/was Browning who was commenting about her weight (I'm not 100% sure and I can't tell if you are either), he should be better than that. We all should.

And that should extend to those making unfounded racism charges as well. It's one thing to make that claim when it's provable, but quite another to attribute it to someone else because of the way you might think.

It's taking it a step further when you make that charge about someone because of the way you might think, and you're not even 100% sure who made the comment.

That shouldn't be a label that gets given out easily.

Every election is a lesser of two evils proposition. This is not Eagle Scouts or the National Honor Society. We are choosing among politicians, one of the lowest and most despised creatures that slither. They are more bottom feeding than bloggers, most times.

Bernie, I am a black gay man that is a lesbian at heart can I be a LC top executive too?

We don't need any more bigots in office.

Did you ask Dean what he meant by the comment? Otherwise your putting words in his mouth.
Just a differing opinion.

The county need something other than 2 old white guys.

"Did you ask Dean what he meant by the comment? Otherwise your putting words in his mouth.
Just a differing opinion."

No need to ask him. If he is not a bigot, he clearly is taking a shot at someone over her weight. Neither type of insult is acceptable from someone who wants to hold public office. I've lost a lot of respect for Dean over the disgusting tone he has taken on twitter in an attempt to reach out to Trump's base. Ironically, this is pretty stupid in a county in which the majority are Democrats.

"The county need something other than 2 old white guys."

I believe that Dean has outsourced his social media account to someone who is posting this inanity. That does not relieve Dean of responsibility for the posts now and in the past, it shows poor judgement on his part. I worked with him at Lehigh County, and can say that he is probably an odd bird in his private life, but that does not automatically disqualify him from public service. However, the accumulating information on Twitter about his poor judgment is not going to get him votes.

If that is so, that's another form of dishonesty.

Dean, like so many others in this country has had his brain poisoned by QAnon fantasy fiction and has simply lost touch with reality. It's sad how we, as a country, have allowed this lunacy to have gone unchecked and watched friends and relatives slip over the edge into the abyss of conspiracy theories and dystopian live action role play games.

"For many years, I had a very high opinion of Dean Browning" The fact that you ever held a high opinion of this guy just goes to show what a poor judge of character you are. This guy is and always had been a huge POS, and a complete embarrassment to the Lehigh Valley and the republican party.

So very true. Time to purge any elected officials that paly into that nonsense.

Browning apparently lost his damn mind by drinking the Kool-Aid of the tea party, QAnon and the cult of Trumpism.