NorCo Going to the Dogs 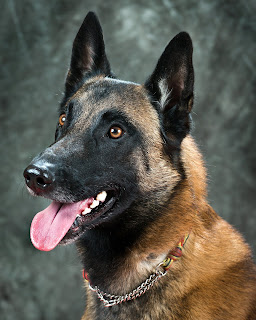 To those of you complaining that Northampton County is going to the dogs under Executive Lamont McClure, it looks like you're right.

Thanks to a generous and anonymous donation, Norco is acquiring a drug-sniffing Belgian Malinois to add to its corrections staff. It will be the first K-9 dog ever used in NorCo. No word on whether it's joining the union.

“We’re very excited about the prospect of a trained K-9 working with our Department of Corrections,” said Lamont McClure. “We see this as an opportunity to lower the costs of drug testing and reduce our man hours.”

The dog will be procured from Progressive K-9 Academy in Walnutport, PA and will be certified and registered with a nationally recognized authority. The dog will be able to detect schedule 1 to schedule 5 drugs and will have training in apprehension. A dog with this kind of education can cost $15,000 with another $3,000 per year for recertification.

The American Kennel Club describes the Belgium Malinois as "confident, smart and hardworking. ... They are highly sought after as police and military K-9s.”

Taught to detect both illegal and prescription drugs, the two-year old canine is expected to save money on drug investigations and to reduce man hours. The dog will be based in the work release facilities in West Easton and on the main campus for the jail. There is no plan to use the dog in the juvenile facility..

Suspicious powders and substances are regularly seized through the mail or inmate intake. With a keen sense of smell, the K-9 dog will be able give an instant response on seized materials instead of having to submit everything for laboratory testing. In 2017, 137 suspicious powders were submitted for testing, with 25.5% of them yielding a positive result for illegal drugs.
Posted by Bernie O'Hare at 7/31/2018 12:00:00 AM

This furry fellow is qualified to work at my law practice, although I'm not quite sure how he'd fit in to a wills and estates practice. Deed retriever?

Kevin Danyi, There's a case coming out of Louisiana in which someone suspected of a crime told an interviewing officer, "I know that I didn’t do it, so why don’t you just give me a lawyer, dawg." That was misinterpreted by judges to mean that the defendant was being a wise ass and asking for a lawyer dog.

Had the judges known you, they could have provided one.