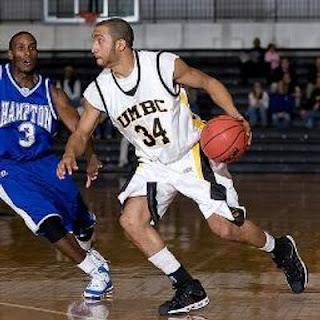 Ray Barbosa, who led the Bethlehem Catholic Golden Hawks to a District XI title and a serious state championship run in boys basketball earlier this year, is stepping down as their coach to assume that same role at Executive Charter in Allentown.

As a player, Barbosa was all-time leading scorer at Allen High School. He played college ball at James Madison and UMBC, and even played pro ball in Puerto Rico.

He was head coach of Becahi's program for three years. Though he previously coached AAU, his appointment at Bethlehem Catholic was his first high school head coach job.

Toomey Anderson, the LV Ambassador of Basketball, has previously noted that of 108 boys and girls teams in District XI, there are only seven minority head coaches. Ed Jennings, who runs the SCBL program believes this exclusion carries over to the referees, too. This is no knock on the many excellent basketball coaches who really look out for their players, like Doug Snyder (William Allen), Dennis Csensits (Allentown Central Catholic) or Steve Yoder (Emmaus). But as positions open up, there is an overflowing talent pool of minority basketball coaches that do deserve consideration.

Earler this year, Morning Call senior sportswriter Keith Groller highlighted Dr. Shawn Munford, the head coach of the East Stroudsburg South Cavaliers and 6A District XI champs. He grew up in a single-parent home in Philly, and though he at one time played professional basketball, he went on to earn his physics PhD and is now a professor. But Munford is also a life coach, and not just a basketball coach.

He represents a class of coaches, black and white, who really look out for the kids who play for them. We are fortunate in the Lehigh Valley that so many of these coaches are more interested in the kids than the scoreboard. .
Posted by Bernie O'Hare at 7/16/2018 11:41:00 AM

Why would you step down at Becahi to go to this ‘school’? I think there has to be much more to the story.

Ray Barbosa is a coach, not a school choice advocate.

I would require all catholic or charter schools to compete in either 5a or 6a.

Must be more money in recruitment at the Charter School .

Bring back the PCIAL and these issues will disappear. At least it should balance the playing field between private and public schools that are bounded by boundaries of the taxpayer district.