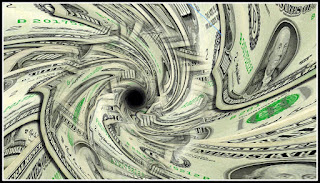 Standing at the lectern inside Gracedale's Chapel last year, former Northampton County Executive John Brown delivered a homily about NorCo's budget money. year. Instead of Psalms, it was the collection plate.. He solemnly vowed that there would be no tax increase, and added that his budget was the first since 2010 that was completely balanced. There would be no need to deep into reserves. He used this remarkable achievement as a big selling point in his re-election campaign, but as it happens, he was wrong. .

Brown projected that Northampton County would receive $808,400 in revenue to house federal inmates. He apparently had big plans to warehouse federal prisoners. This might explain why he wanted a new jail at Gracedale. Instead of $808,400, the county received just $72 from Uncle Sam this year for federal prisoners.

Mr. Brown was not a politician he was a businessman. Given time he would have made it work. A business plan takes time and knowledge. As a businessman he was adept at planning for success, unfortunately he was not good at glad-handing politics. The people now at the county do not understand business and could not execute his plan.

Let me guess, It will be Browns fault they they will now raise the taxes.

And where us Nr. McCure getting the 800k from now? It appears he attended the sane school of wisdim as Pocketbook Peg. Let's give all a free ride!

McClure has no intention of raising taxes. But thanks to Brown, he is spending down some reserves.

"Mr. Brown was not a politician he was a businessman."

I'll concede he was no politician. But he thinks he is, and is now on the GOP state committee. he was also at last night's Nothstein event. Maybe one of you should tell him he's no politician. While you're at it, tell him he's no businessman, either. Despite hos use of corporate babble, nearly everything he has done has been a disaster. This might explain why he is a "cinsuktant," instead of someone who is in actually in a real business.

His biggest problem is yhat he is dishonest. This kills him as a pol, and I suspect it does in business as well. Who wants someone who is not true to his word? He lied about a jail at Gracedale and about not balancing the bnudget on the backs of employees.

As much a Council responsibility as anyone else`s. What verification was there to justify this income?

I agree. There was none. Brown had a GOP Council in the tank for him, 7-2. Thanks for pointing this out.

The feds need places in prisons throughout the country to keep fed prisoners during transport. The feds need to be contacted and advised there is an interest to do this. That is how the dollars are paid. Mr McClure didn’t advise the feds. He probably missed out for 2018. His administration should put this on his calendar for 2019.