Robbery Victim Gets Relief at Zoning Hearing Board 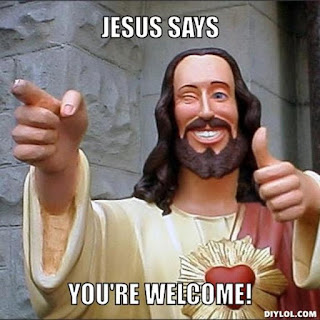 Irene Skelly has good reason to like Bethlehem. On January 19, Bethlehem police nabbed a suspect in the gunpoint robbery of her S. New Street store, Pat's News Stand, earlier that day. And at their January 27 meeting, Bethlehem's Zoning hearing Board unanimously agreed to allow her to continue operating a five-room boarding house next door, located atop a tavern she owns next door.

Since she and her husband first purchased the property in 1978, Skelly has always operated a boarding house atop her bar. But when she recently applied for an inspection, City officials told her that she'd need a special exception and variances to continue.

She applied for relief, paying the $500 fee. But when he examined the file, Zoning Hearing Board member Michael Santanasto found records indicating that, as far back as 1968, the two floors above the bar consisted of rented rooms.

In 1968, it was called the Manhattan Bar. he was asked what it's called now, and replied, "You're Welcome."

"No, what's it called?" asked a spectator.

The tavern is called the You're Welcome Inn.

After the hearing was over, Skelly asked that the $500 filing fee be returned. Though the Zoning Hearing Board has no jurisdiction over that matter, Skelly was advised to take it up with the Zoning Officer and City Council.

In other business Gus Loupos and Bill Fitzpatrick were unanimously re-elected as Chair and Vice Chair of the five member board. The other three members include Attorney Michael Santanasto, Attorney Linda Shay Gardner and Jim Schantz, a legislative assistant to State Senator Lisa Boscola.

"This Board works very diligently," said Chair Gus Loupos. "We don't just make decisions off the cuff, but try to do what is in the best interests of Bethlehem."

As if to prove that point, the board spent nearly an hour reviewing Skelly's application in a room with just two spectators, one of whom came just to ask Skelly if she is related to a former Bethlehem clergyman by that name..

The place is an armpit.

It survives because it's one of the few bars in Bethlehem that allow those nasty cigarette smokers freedom to smoke and drink indoors...

Whoever in the planning/zoning denied her inspection request and forced her to file for an exception and variances should be fired. Idiots.

With decisions like this, Bethlehem becomes more of an armpit every day.

We would go in there when we would get 3rd Street Wings to go. Put the order in go have a drink and pick up the order. Haven't been in there in years.