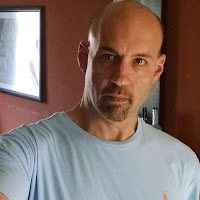 Northampton County's new Director of Human Resources, Amy Trapp, has an arduous task in front of her. She is responsible for 11 different union contracts in the County's 2,200-person workforce. She's walked into a department that has performed no job studies in recent years and has to be careful about stepping on the toes of independently elected officials like DA John Morganelli or President Judge Steve Baratta. Yet she seems to be everywhere, is amiable and attends every Council meeting.

Late Sunday afternoon*, Trapp announced her first real hire. Michael Twining, currently a crime analyst in Allentown, has been named her Deputy Director. His focus will be operations and technology.

"Our goal is to streamline services and processes to the field," she explained. "This will allow Human Resources to assist managers and employees as well as find ways for HR to reduce paperwork and maximize organizational efficiency and support."

Trapp stole Twining from Allentown, where she was once HR Director. I just hope she doesn't hire Fed Ed.

A 2003 grad of DeSales, Twining spent nearly five years in the U.S. Army as an M.P. In 2003, he was hired as Allentown's 911 training coordinator in Allentown. For the past six years, he's been a crime analyst. He has represented nonunion workers in Alentown, and spoke on Trap's behalf at her confirmation hearing.

Twining's salary is in the mid '70s, about $10,000 less than the person he replaced. He is an "at will" hire, meaning he serves at the pleasure of the Executive.

I looked for dirt on this guy, as is my habit. I discovered he's a Bills' fan, so he obviously has deep-seated mental issues .

This guy has zero HR credentials yet he will be raking in $75 K simply because he's somebody's pal. There is no limit on the audacity of the John Brown administration in hiring unqualified cronies at the taxpayers expense.

I doubt Brown had much to do with this hire. Also, it appears he is just as qualified as the person he replaced, and comes cheaper.

Apparently qualifications are no longer relevant to any of these jobs. The old adage its who you know not what you know, is apparently alive and well in the tea party paradise of John Brown.

crime analysis, that's appropriate as the 11 unions do nothing but rape and steal from the county and it's residents.

Wow, you can see who didn't win the powerball, and whose team lost yesterday.

Wow, some of you people are drinking the haterade. Twining is good people. He will bring excellent qualities to HR, namely a commitment to serving the employees of norco. He is leaving a comfortable position and trading up for a challenge. This is a concept that many have spent a lifetime avoiding.

The ONLY positive to this guy, he's a Buffalo Bills fan and admits it. Stand-up guy!

C'mon Bernie. The person he replaced earned 17 years of step raises, that I'd the only reason why he is cheaper. Lorraine stated out earning a whole lot less than this imposter. And if you look at her HR qualifications v. his it isn't even close. Lorraine was a good person who did an excellent job. She was thrown under the bus by the new HR director. She should file an age discrimination case against the county.

17 years of step increases - ridiculous. cut these so called workers to the bone

Wonder if this dude will use his crime analyst skills to investigate the corrupt Clown administration.


AND The controller is set to appear in court on Thursday. Mary Ellen Koval will also be going to jail.

this will tumble over to the corrupt mess that is the second floor of 10 e church st. is it easier to put shackles on bare feet or shod feet? shedding party?

Sounds like she saved a "pal" from the meltdown in Allentown. Speaking of deadwood, now she may also wan to replace the other unqualified queen bee in HR.

3:09 and WHO are you referring to? Linda? What makes her unqualified? She is a hard worker and knows what she is doing. Only a bitter, dried up snot like you would call her out like that.

You must either be Lorraine or the ONE person in the county who liked her. She knew nothing about HR and was downright nasty to most unless you were a wellness committee member.

HR has been a pain in the ass for years. It was a decent place at one time and then it b3ecame a real nightmare. Is linda the woman who got the job from her boyfriend? That story has been around for some time.

Lorraine is a nice person, and like many attractive women, is the subject of vicious rumors. If there are any placing her with me, I confess.

But you know what? I heard no hue or outcry at her sudden departure. That tells me something. Also, the HR Director should have someone in that office she can trust.

What does a crime analyst know about Human resources??? Sounds to me like another political appointment. Sad !

What does a teacher know about human resources? That is what this guy's predecessor was. He was hired bc of his knowledge of technology. Trapp is entitled to have her own people.

17 years ago when Lorraine was hired it was a different world. She was hired for far less than this clown's salary. Norco's citizens deserve better. If you are going to hire someone for $54 K, which is probably double the average income of its taxpayers, that person had better be qualified to do the job.

First, I believe very strongly in expecting a great deal, but paying people well. Second, Trapp is entitled to have one person upon whom she can rely. What is the point of naming her to the position and then handcuffing her? Let her do her job. I've heard no complaints from the rank and file, only partisans.

Lorraine helped me many times and I was not a wellness member!

Lorraine was a good person who got shafted. But she knew it was an exempt position, and someone might come in as HR director with his/her own agenda. Just a shame that she performed well for three different county execs and was tossed on the street for an unqualified crony of Von Trapp.

First, I have no problem with her and believe she is a nice person. Second, she has always been very pro administration and anti-employee. Third, I heard no hue and aoutcry at her departure. Fourth, I have no reason to believe that she herself was qualified. Fifth, the anonymnous rant smacks of partisanship, not good government. Using names like "Clown administration" or "von Trapp" just make you look bad. Sixth, I have every reason to believe that the person who was hired will make a difference for county workers and will not be a spy for Cathy Allen.

Trapp was the best thing that happened to the City of Allentown when it came to HR - She knew more stuff and moved the City to where it needed to be, but of course, the Mayor and his City upper inner circle, only wanted to follow thru with their agenda. She will move Northampton...watch out !

Twining will be a good fit to that HR department. He is smart, eager to learn, and will strive to make Northampton a great place to work ! Good Luck

He is unqualified so that makes him a perfect fit in that HR department.

"Second, she has always been very pro administration and anti-employee."

That is very unfair Bernie. Lorraine was always helpful and courteous to employees, much more so than the other queen bee. Lorraine may have been the wife of a Reibman vendor. However, the other queen bee was known to have gotten her job as the girl pal of one of Reibman's directors. She was and still is very pro any administration that happens to be in power.

That's my assessment from years of observation. Nice person who does the bidding of the admin.

Lorraine did her job, and did it well. Unlike blogger O'Hare who has no real job thus no accountability. She didn't deserve the ouster.

"Trapp is entitled to have one person upon whom she can rely."

Yet you continue to vilify Brown picking Allen. Doesn't he have the same right as the new HR Director who gives you doe eyes?

I don't vilify Brown. I pointed to Allen's camplete absenbce of education and experience and have since found more reason to complain as a result of her poor performance. But she is an exempt employee and Brown is entitled to have her.

Northampton is notorious for getting rid of good people and keeping dishonest people so they can all hold hands and do thier dirty deeds,thats why they are friends with Bernie.