Morganelli Calls For End to PornGate ... and Kane 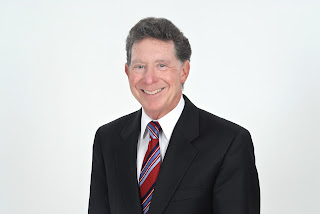 I am one of those who voted for Kathleen Kane ... twice. I voted for her in both the Democratic primary and general election. I never imagined that someone who had so much potential could go so wrong so quickly.

DA John Morganelli was one of her original supporters, too. Not anymore. Now, he is seriously considering a run for the job himself, in what will undeniably be an uphill battle against other Democrats as well as Republicans who have allowed Kane to twist slowly in the wind, hoping to get political mileage out of this walking disaster.

Morganelli conducted a news conference in Harrisburg today. He is calling for a complete housecleaning in the Office of Attorney general (OAG), including the elimination of a special prosecutor who is not even licensed in Pennsylvania and who has been given unfettered access to Grand Jury materials. That's the same thing that got Kane into hot water in the first place.

John's statement is below:


The OAG is a paralyzed and divided ship adrift at sea in need of a complete house cleaning. The first place to start is the termination of the so called special prosecutor Douglas Gansler. Let me explain.

It was reported last week that First Deputy Attorney General Bruce Beemer has demanded the return of 850,000 emails that were handed over to the so-called special prosecutor, Douglas Gansler, by AG Kane in the so called "Porn Gate " investigation. Mr. Beemer contends that Kane, in turning over the emails to Mr. Gansler, improperly gave him many messages with confidential details of secret grand jury investigations. According to Mr. Beemer, the emails handed to Gansler contain a relatively small set of offensive messages, and hundreds of thousands of ordinary work emails in which prosecutors discussed pursuing criminal and civil cases. Beemer further stated that anyone who reviews grand jury material must get permission from the grand jury supervising judge who apparently has not given such authorization to Gansler. Letters made public last week suggests that the supervising grand jury judge may be taking steps to investigate yet another unauthorized disclosure of protected grand jury material.

Attorney Gansler has apparently refused the request of the OAG, Mr. Gansler is apparently going rogue. This matter represents, yet another legal mess that has the OAG paralyzed and divided. There continues to exist a disconnect between the elected AG and top people in her office. This has resulted in the OAG being akin to a ship adrift at sea with no one knowing for sure who is in charge. In fact, there is outright revolt.

As Pennsylvania's most senior district attorney, today I am calling on the termination of Mr.Gansler's relationship with the Pennsylvania OAG and the immediate return of property of the OAG. If Mr. Gansler continues to refuse to return property that is not his, I am also calling on the Department of Justice to intervene and seek in federal court an Order of Court directing Mr. Gansler to return the property of the Pennsylvania OAG. I call for this for several reasons:

First, there is no need for a "Special Prosecutor" that will cost taxpayers millions of dollars to do this type of investigation. The fact that the OAG's email servers have been a hub for the exchange of sexually explicit content and messages mocking women, minorities, gays, and others, while reprehensible, is not a crime. There has never been the slightest indication that any of the material contained child pornography which IS a crime. Adult pornography is generally viewed as legal and non prosecutable. Further, even if one could argue that Pennsylvania's obscenity statutes, which are still on the books, are in play, the OAG would not even have jurisdiction. The OAG has only limited criminal jurisdiction as authorized by the Commonwealth's Attorneys Act with the rest left to county district attorneys. Enforcement of obscenity statutes is not within their authority.

Second, there has never been the slightest indication that any of the material establishes to any degree any case fixing, criminal conspiracies to obstruct justice or any other crimes. Thus, Pennsylvanians may foot a bill for millions of dollars for a lawyer to look for material that at most will embarrass folks. That is not a proper mission of a special prosecutor appointed by the AG or the goal of a criminal investigation in general. Criminal investigations are initiated when there is some hint that criminal activity may be occurring. In this case, there has never been that suggestion and it appears that the goal here is not to look at folks who may be committing a crime, but rather, to try to find a crime against someone.

Third, Gansler is NOT independent. He was retained by Ms. Kane. He has made public remarks critical of both the Supreme Court's decision to suspend her license and the Senate's bid to remove her. As such, he is tainted. If it is in the public interest to finish the job of an independent review of the emails for the purpose of determining whether ethical violations may have occurred, the Pennsylvania Disciplinary Board that oversees lawyers, the Pennsylvania Ethics Commission and the Judicial Conduct Board working together offer a much more independent review with out bias or with any agenda of revenge and/or retribution. In short, it is not the role of the OAG to conduct this kind of inquiry or appoint a special counsel to do it.

She's much more attractive than John.

And the " The Senior most District Attorney means what? Grants you what royalty claim in accordance with what law? Do you get a robe, crown and septor?

John you embarrassing yourself by driving all the way to Harrisburg for a grandstanding your could have had on the steps of one the crack houses within a block or two of the courthouse. Oh that's right it was really the commericial he was shooting for the campaign.

John should stay right here and continue to do the great job he does for us in Northampton County and not making himself look silly wanting for a job that he isn't within his reach.

John is looking more and more desperate than even Kane. Come on John, give it a rest.

the boy have been in the Peter Principle for years.

John would have been a much better AG than Corbett, but his time has passed. He's far too conservative for the base of his party (anti-immigration, pro-prison, anti-drug warrior) in 2016. Josh Shapiro and Zappalla will have more money and regional bases of support that John cannot match.

1. I think that you are putting words into Mr. Morganelli's mouth with that headline. No where in his statement does he explicitly call for an end to Ms. Kane's tenure as AG.

Anon 8:25, My reading of the news release is that John wants to get rid of Kane and all her appointees. if he did not, why would he be considering a run for the job? I think that is a very fair reading, although he does not explicitly call for Kane's ouster.

The R strategy is to let Kane dangle out there and be an embarrassment and distraction to Democrats. Yesterday a state senate panel actually voted to wait and see what the Supreme Court does about her law license before deciding to oust her. This is exactly what I mean when I say theu want to draw it out. The Dems who oppose her removal are being foolish and are hurting themselves by propping up a loon in that office.

"John would have been a much better AG than Corbett, but his time has passed. He's far too conservative for the base of his party (anti-immigration, pro-prison, anti-drug warrior) in 2016. Josh Shapiro and Zappalla will have more money and regional bases of support that John cannot match."

It is certainly an uphill battle. Shapiro has no experience as a prosecutor and is running for AG to use it as a springboard. Zappalla is an excellent prosecutor, but has opposition out west in his home base. In a crowded field, John could win. But I'm no expert and i know he needs $.

Love how those who make the rules, also determine who committed a crime with the disgusting world of politics. Having an AG with out a law license is like having a life guard on duty , who can not swim. Ironic how Wolf , once, and only once, demanded she step down , when the cameras caught him off guard. But for some unknown reason, (wink wink) we haven't heard anything , since that day.
Why would the dems oppose removing her if the evidence shows she is a criminal and or violated the law? More disgusting political theater. It is now protecting the party more than it ever, in the disgusting entire political spectrum.
I am starting to get it , when People claim the need to take back their country.
The entire system, is broken and dysfunctional more than ever.
Politicians break laws , like Hillary Clinton, Fed Ed, Kane, and any GOP criminals who come to mind like Nixon, Foley, Hastert, Vitter, Ney, and many others.
When one is asked if they committed a crime and they can not answer the question with a yes or no, they are guilty. I watched Hillary dodge this question and it made me sad to know that this is the best the democrats have to offer the world and the country in regards to leadership. When General David Petraeus gets charged bc he literally shared his schedule with his girlfriend and Clinton has over 1500 classified , top secret reports, email, and other documents on her private server , and she has you to be indicted, it is a travesty. It is not a question that she not only had the top secret info, she and her people requested the heading be changed so they could share the info on their phones. The IG already determined the law has been broken. The is a fact. Yet Clinton continue to tell the world she did nothing wrong. WTF is wrong here?
When the current admin can and will do everything to protect her from charges, it all goes back to saving the party over doing what is right and just for the country.

Morganelli may be the Bernie Sanders of the next AG race. Someone marching to the beat of his own drum. Clearly voters are looking for exactly that quality today.

Bernie,
With theZe people proping up there coconsperiting criminal elements appoited to positionZ of authority, I would have thought you would have let my nue nue nue ReNew earlier be put to print¿!($ maybe my gaget was't working but, I just redd my other one from noon time coffee¿!($
TheZe people all know great things come in small packages¿!($ Than again thoZe that twiZt the Z agenda have small brainZ¿!($ The man stands for integrity, honor and justice that is truely an American way of life in history as we all see in this political atmosphere as the list grows¿!($ John Morganelli runs the original authority of the triboro and the FEDZ will not be investigating his office for tidbitZ for the cigar surpriZe sidways twistZ¿!($
Church On The Run and its subsect crew should just go in peace and serve the dark underlords in the bowell of hell
redd for Republican
patent pending

I was visiting someone in Bucks County today, when the phone rang. The call went to her answering machine. It was a robocall from John Morganell, asking for her vote. Seems early doesn't it?

You can circulate petitions now so I would say it is not early, and this is what acandidate who is behind has to do.