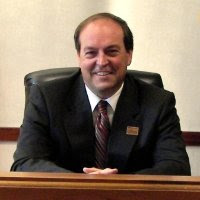 Whitehall Mayor Ed Hozza would be a shoe-in as successor to retiring State Rep. Julie Harhart. If he were to seek the Democratic nod, he'd get it and would have to be considered the favorite over the three Republicans seeking the job. He's been courted by a lot of people to enter the race.  Last year, he fend off a Fed Ed-inspired attempt to extend his domain into Whitehall. Hozza was able to survive an onslaught from Fed Ed, Miked Fleck, and the money they got from Abe Atiyeh, J.B. Reilly and Sean Boyle. But he told me yesterday he likes being Whitehall's Mayor.

But in a statement provided to me yesterday, Hozza declared that he will honor the commitment he made to voters when he sought a third term as Mayor.


After spending quality time and consulting with my wife Denise, our three children Elyse,Ted, Michael, our future son in law Thomas,my parent's, our very large extended family and friends over the Holiday's I made the decision not to run for the Pennsylvania State House 183rd District seat. I am honored and humbled by the number of Democrats, Republicans and Independents who have reached out to me asking me to run for the seat being vacated by Representative Julie Harhart.

In a few weeks, a strong Democratic candidate from the 183rd District will announce. I will endorse, and strongly support that candidate for the 183rd district.

That strong Democrat would have to be Phillips Armstrong, a Whitehall commissioner. and retired teacher and basketball coach.

You're a sad strange little man. Get a life.

Did anyone ask Lee Snover if she is running for this seat.

I know I did not. But if she did announce, that would really turn this into a free-for-all. She knows how to campaign, too.

Lets start a campaign to encourage Lee Snover to run for this seat, she would have my support.

Lee Snover does not live in the district.

Maybe Gregory can set up a box to live in and run for this seat? He would be a lock to win!

Isn't Gregory already in a box near Pittsburgh?

With an open seat, I may just throw my hat in the ring for the 183rd. I will run as a 3rd Party or independent candidate. I will support nullification of unconstitutional laws, presidential edicts, and Supreme Court decisions, through state resistance, and a proper use of the 10th Amendment.

Mayor Hozza is a man of integrity and the people. I have had the honor of working with him with multiple Whitehall projects and he has always placed the people and Whitehall first throughout our plans and projects. When he was going through the Syrian flag fiasco and mayoral race, he actually asked me what I thought and we discussed the different scenarios. But I was confident that the outcome would be exactly as it was.

I am also a candidate running for the position of State Representative for the 183rd district as a Democrat. Please feel free to follow My Facebook campaign page and website.

Thanks for letting us know.