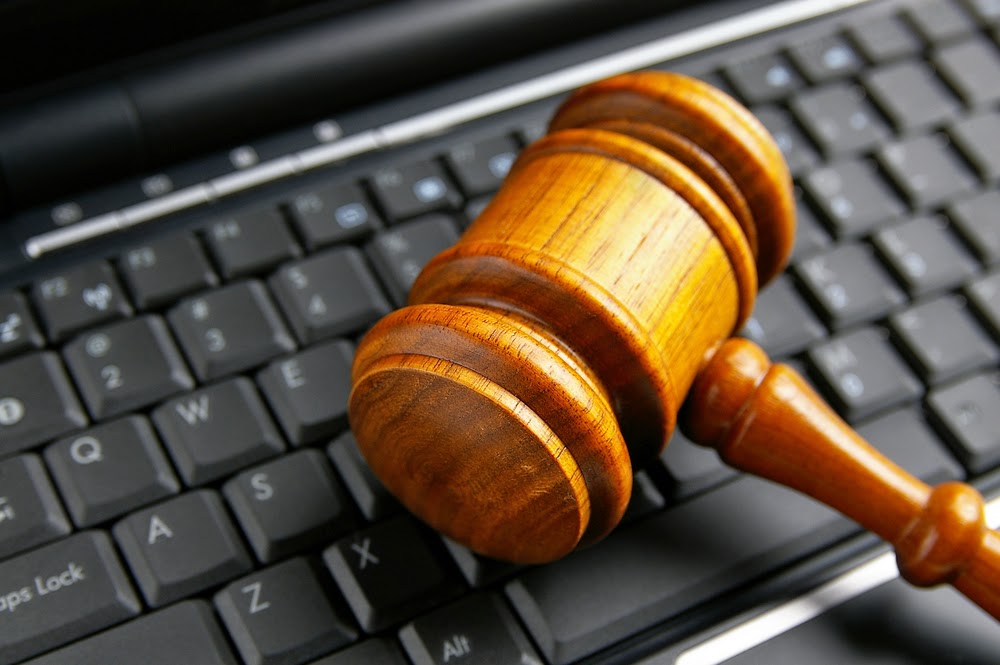 In a ruling that has far-reaching implications for bloggers and newspapers that maintain Internet comment boards, Northampton County Judge Anthony Beltrami has rejected defamation claims brought against a blogger for anonymous comments posted on his blog. Last week, he determined that bloggers are immune from liability for comments that are posted anonymously. He bases his decision on Section 230 of the strangely named Communications Decency Act[CDA], a federal law designed to encourage online debate.I have first hand knowledge of this ruling, which I believe to be the first definite ruling on a blogger's liability in Pennsylvania. I happen to be the Defendant.

The ruling in question concerns a blog I wrote about Tricia Mezzacappa, not long after I obtained a $67,140 defamation verdict against her. Several of my readers responded to that story with uncomplimentary comments about her, and she sued. Judge Beltrami agreed with the argument that I am immune from liability under federal law. I am responsible for what I say, but not for the commentary of third parties, whether they identify themselves or not.

Though few people are aware of this obscure little provision, it has been dubbed "the greatest of all Internet laws."

Without question, anonymous commentary often leads to hateful and vicious remarks. But it also sometimes results in very good tips. I first learned that Sheriff Randy Miller had been fired thanks to an anonymous comment here. People feel more free to speak.

In this case, Mezzacappa had argued I should be held liable because, though I do not moderate, I respond to comments and occasionally delete them. The Court concluded these were nothing more than "the exercise of a publisher's traditional editorial functions, namely, whether to publish, withdraw, postpone or alter comment provided by others. This is the very conduct that Congress chose to immunize by [CDA]."

It would appear that, under Judge Beltrami's reasoning, even moderated blogs are immune.

Essentially, Mezzacappa's lawsuit has been gutted. I still have to answer some allegations, but her lawsuit is going to fail.

Blogger's Note: This story originally published at midnight, and has been updated to reflect The Daily Intelligencer story.
Posted by Bernie O'Hare at 4/08/2015 03:41:00 PM

Judge Beltrami made law on this one. I know it piqued the interest of the Legal Intelligencer. They called about the decision.

She claimed months ago that she could pay the $67,140 judgment. She still hasn't, but now she's claiming that she can't even pay the copying expenses to appeal the ruling she didn't bother to show up to argue.

Glad you won this one, Bernie. You were confident, as I recall, that you were on solid ground.

So much for Elonis or Governor Corbett swooping in to save the day.

Local courts did you a favor. It won't stand on appeal. This will not stand as establishe3d law.

Even if by some miracle it did, your nemesis TM can use it as a defense against your judgment against her and have it thrown out by a higher court.

You see this as some win, it is however not going to turn out that way.

MOLON LABE....King Leonidas said that to the Persians when they demanded that he surrender his weapons! LOL!

I never understood why people feel comments from 3rd parties are the responsibility of a site's owner. Surprisingly, common sense prevails.

Did you tell the judge that anonymous posters are cowards and scum like you do here?

Bernie,
Are the people who post comments immune also?

"Did you tell the judge that anonymous posters are cowards and scum like you do here?"

Antbody who engages in an anonymous personal attack is a coward and scummy. The truth hurts, but it is still the truth, coward.

They are not. For example, if someone defamed X here anonymously, X could file suit against John or Jane Doe and then file a subpoena on Google to determine the identity of the anonymous commenter who made the remark. It would be difficult, but it is possible.

"You see this as some win, it is however not going to turn out that way."

It is NOT a win. It is a ruling on an issue that I believe has statewide significance. I'm not getting into the Mezzacappa mess here. It is being sorted out in the courts, where anonymous comments are not accepted.

What is "obcession" - a new perfume? lol

If you don't like a court decision, try to confuse the issue?

" This will not stand as establishe3d law. Even if by some miracle it did, your nemesis TM can use it as a defense against your judgment against her and have it thrown out by a higher court."

TM isn't Bernie's "nemesis". She simply defamed him and he is now having to pursue satisfaction through the courts because you won't pay the penalty, even though you have said you are capable of doing so.

Please cite specific evidence that will be tossed based on this ruling. Saying a fart smells like a rose is great - but the proof is in the smelling.

In a related matter, it looks like mommykins has some legal activity now as well in federal court, thanks to her daughter's actions. Uh-oh, better call Saul and see if he offers a Friends and Family plan.

Did the judge make any reference to his opinion on whether the comments were in fact defamatory, or just that the blog owner can't be held responsible for them>

Your 9:26 am is what I have been pursuing against the Blog Mentor. Someone made an anonymous comment and the Blog Mentor continually claims it is me. I am trying to prove it isn't. Then I am going to sue his ass. Wouldn't it be funny if it was actually him or his robot-chipped wife that made that comment?

The assertion that a local court did a Defendant a favor is bull shit from someone who doesn't like BOH.

There is a plethora of cases that are related to liability barred by the CDA:

Pull your head out your butt so you can breathe.

The purpose of this post is to draw attention to a ruling that has a dramatic impact on those who blog or use the Internet to host comments from others, even facebook users. If Judge Beltrami were interested in doing me a favor, he would have dismissed the case in its entirety. He instead ruled on a matter in a carefully researched and reasoned opinion. In other words, he did his job.

If Judge Beltrami were interested in doing me a favor, he would have dismissed the case in its entirety. He instead ruled on a matter in a carefully researched and reasoned opinion. In other words, he did his job.

That is correct, and the opinions in the list of rulings posted above is consistent with Beltrami's interpretation of Sec 230 of the CDA.

Unfortunately, the small handful of detractors you have aren't interested in the law being applied evenly and correctly - if it is not in their interests.

"Even if by some miracle it did, your nemesis TM can use it as a defense against your judgment against her and have it thrown out by a higher court."

My understanding of apppellate law is that - unless an issue is raised in the trial court and preserved for appeal - it usually is waived and a "higher court" will not review it.

Just deleted three comments posted by an anonymous troll. These comments get deleted bc they are anonymous personal attacks. I have no obligation to allow someone to litter this blog with hate and disinformation. I am more tolerant than most, but have my limits. Those who want to tell the world how shitty I am can start their own blogs.

"Did the judge make any reference to his opinion on whether the comments were in fact defamatory, or just that the blog owner can't be held responsible for them>"

He did not address the issue bc he ruled that since no liability can be asserted against the blog publisher over those comments, the question whether they are defamatory is moot. I had argued that some were not, as a matter of law.

I am curious to what the ruling will be if it is proven by Jim Martin that BLog Mentor is responsible for all the anon comments on his own blog.

Since you have to be a member to comment there, and Blog Mentor and his wife are the only members, that should be rather easy. I believe there is ample evidence for defamation actions against him and his wife by a number of the people on that sidebar. Incidentally, the lawyer representing him is doing so under the terms of his homeowners policy. My guess is that his insurance company provided representation but has issued a reservation of rights letter, letting the Blog Mentor know it will pay no verdict bc he is not covered. And since he is still discussing the matter on his blog and on Facebook after being directed not to do so, my guess is that this attorney will eventually withdraw.

He posted right after you, but I deleted it. Must have got to him.

8:40, Ordinarily, I'd delete a comment like that. But I am letting it stay because I just made a screen dump of all the people who have commented here this evening. I may have no liability, but you do, and I will have the information ready for anyone whop wants it. Have a nice night.

Team LVS has several members who have been let through the velvet rope.

I am sure that will all come out in the discovery when you are caught in lie after lie. Better start looking for another homeowner's policy. And another lawyer.

Bernie good luck on the rest of this proceeding, word on the street is a certain BucksBarrister is behind the scenes feverishly looking to avenge his prior loses in the courtroom.

Pig owner's routinely get high scores in areas such as empathy, meta-mood and more. The owner of this blog could have a doctoral thesis written on his pathology.

The River Rat from Bucks? Is he going to revisit the scene of his client's crimes? Excellent. Maybe he'll supply her with a more substantial evidence receptacle than the shoe box she brought before Koury last year. When she tried to tell him that he used the wrong rule, and he replied by asking her "do you have ANY relevant evidence to this argument?" and all she had was excuses and a legal opinion from 1985.

Pig owner's routinely get high scores in areas such as empathy, meta-mood and more. The owner of this blog could have a doctoral thesis written on his pathology.

What pray tell is the truth? Everytime she goes to court she loses. A wise man said the definition of insanity is doing the same thing over and over while expecting different results. (Or something like that)

Is she (crazy a loser) looks that way, losing battle's but is the war over? If she was half crazy West Easton put her the top. Thanks Matt Dees for WestEastonPa.com. The Truth will set you Free.

Matt Dees can make constructive criticisms about West Easton. He is able to do it without calling people whores or fat slobs or threatening to drag boro council presidents to the river and drown them. His hyper local blog has been a very valuable insight into West Easton, and i don't feel as though I need a shower when I am done reading it.