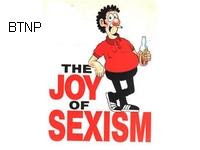 Yesterday, I told you about the email campaign launched by Aphrodite's Daughter. It's directed at Bernie Kieklak, aka BTNP, chief of staff to state senator Lisa Boscola. Kieklak has offered no apology to the private citizen he most viciously attacked, and we'd like him to remedy that insensitive oversight. A sample email, including all relevant email addresses, is right here.
In one of many comments posted to yesterday's blog, someone suggests Kieklak is "insanely jealous of his access to [Boscola] (witness his behavior in getting [Lisa]'s top aide -- a woman -- fired)."

It's true that in 2001, Kieklak was employed with another state senator. He wanted to reunite with Lisa afyer being yanked from her by senate leaders. He wormed his way back into Lisa's office by slamming her then female "executive director," Jennifer Boger, with demeaning emails very similar to the slings and arrows he unleashed here.

Boger soon left Boscola for another state senator, and Bernie was back!

I was about to correct the person who claimed Boscola had fired her only female top aide. But before that happened, it appears Boger did it herself!

Although I can't be positive we were talking to Boger, here are some of the exchanges.

Boger?: BTNP didnt get me fired I left on my own free will.

Anon: She would have been better off trying to convince you to stay.

Boger?: I would never have agreed to stay and work for someone of my gender who condones BTNP's behavior because by keeping him on her staff is exactly what she is doing - condoning his behavior.

Me: Actually, I blogged about this. As I recall, you returned to Senator Fumo's office. Did you suffer a paycut?

Anon: If there is even a remote chance that you are who I think you are, let me say this: Boscola lost her last opportunity to be taken seriously when you left her office.

Boger?: I am not sure I am the person you think I am but I think I was her only female executive director. COS title was reserved for BTNP only. I have been lurking and reading since this whole thing came about I suffered nothing when I left her office. As a matter of fact I gained more by leaving than had I stayed.

Me: Holy shit! You're Jennifer Boger! Good for you. I blogged about your situation, and it doesn't seem to me that there is any difference between the way BTNP acted towars you and the way he dealt with other women. I'm truly sorry for what you had to endure. What bothers me most is the failure to recognize this bad behavior toeards woman. Did he ever apologize to you?

Boger?: No I wish to stay as I posted.. Anonymous

This commenter loses any claim to anonymity when she tells us she was Boscola's only female executive director. Although I can't be sure it is Boger or someone posing as Boger, I do know one thing. Whoever posted that comment, Boger or not, did so from the senate of Pennsylvania. I've saved the results from my sitemeter.
Posted by Bernie O'Hare at 6/29/2007 12:20:00 AM

What sort of professional writes emails like those? It boggles the mind. Most people would get fired on the spot for writing emails like that.

Someone who needs help, perhaps a manic disorder exacerbated by booze or other substances. Clearly, he has needed help. Perhaps he will get it, finally

The really sad thing about all of this is that Sen. Boscola just does not understand how the everyday person feels. Perhaps she just looks down on us like dirt. To me this is about a state Senator who employs a mean, sexist pig and refuses to see anything wrong with it. It has reached the point where we need to start contacting the Pennsylvania state democratic committee and letting them know about our disgust with Sen. Boscola. In addition, we should all email and write to Gov. Rendell letting him know about our extreme disgust with Sen. Boscola. Only after the top Democrats state wide start feeling heat because of the disaster known as Sen. Boscola will things get done. I encourage every man, woman and child who beleives that sexism and racism is wrong to please start contacting your leaders and letting them know how disgusted you are by Sen. Boscola.

How is Lisa a rascist?

I honestly think Bernie Kieklak tells Lisa Boscola what to do and not the other way around.

As long as Boscola is in office, problems (like these and others) will remain. She knows she is on a free ride here in Pennsylvania.

So lets elect her to Congress! She will fit right in! even Misogynists need a representative!

Looks like people aren't all that excited to do much. I've only received 6 emails so far from people supporting my cause. (SIGH)
People might be reading, but they aren't paying attention or acting. No wonder all the government is a mess. Apathy, thy name is American.

Not so fast. Some people are sending emails and making calls w/o copying you. I know I sent one, and I know several people have clicked onto the sample email. And I already have three emails from members of the General Assembly.

Bernie you do what you want but LV Ramblings is more talking about a scandal born here. Ever think of doing a blog just on the BTNP scandal?

Hey Spike, are we to let some bastard shit all over women, talk about nuking Iraq and dis reform efforts while gainfully employed as COS to a state senator? Let him return to his job without even forcing him to apologize to the private citizen he hurt the most? And you camparte that to the vapid Paris Hilton story?

If you don't speak out against sexism and misogyny, you just enable it to continue, especially when it's coming from a publicly paid employee in a high position. This has bothered a lot of people, and I'm one of them.

And when Boscola's former female exec director comes on my blog, you can be damn sure I'll be mentioning it, especially because of what she had to say.

I just sent the sample e-mail to the three addresses listed. I figured that spacing out the e-mails a bit instead of sending them all at once might be more effective in a way that Boscola and Keiklak will know this issue isn't fading away.

I hope it helps.

I'm sure it will and I thank you.

"Aphrodite's daughter said...
Looks like people aren't all that excited to do much. I've only received 6 emails so far from people supporting my cause. (SIGH)
People might be reading, but they aren't paying " Hi Aphrodite somehow I missed your post about emailing or something. Can you please repost? I am on your side too. Count me in!

Well you are so focused on this other items are probaly getting a free pass.

Thats why I said a seperate blog for the scandal.

And dosn't paris portray the sexist sterotypes to a tee?

I WAS ONE OF THE VICTIMS OF BTNP AND THINK IT IS TIME TO LET IT GO. I KNOW WHAT IT FEELS LIKE TO BE ON HIS HADN. HE WAS STUPID AND HE KNOWS IT BUT LETS GIVE HIM A CHANCE TO MAKE UP FOR IT OR WE ARE NO BETTER THAN HIM.

What you are saying, I do not know!

I will greatly appreciate your opinion, if only I knew what you are saying here! I am sorry but I only know, speak, write and understand USA English language. You should try to communicate with us in a language most Americans can understand!
larry@kisslinger.com

Anon 9:42, I'm not out to get BTNP. I think he needs to apologize personally to the private citizen he offended and so does his boss. They've pretty much ignored her. Letting this go just give this dude and his boss a license to continue.

Larry I clicked on the site Rodrego listed in his post and it was an advertisement for a tee shirt printing company.