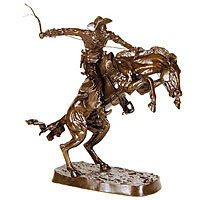 Tony Branco, an at-large Northampton County councilman, is up for election this year. Notice I said "election," not re-election. He lost when he ran for the office, and was later appointed to fill a vacancy.

Although very likable and sincere, Branco's record is undistinguished. Before his appointment, he told council he'd "sit down with local municipalities to discuss a lot of the problems they are facing." But his intergovernmental committee failed to meet even once last year. He attended just seven of council's twenty-two committee hearings. He's not vey well known outside Hellertown. He's vulnerable.

It's no secret that popular Peg Ferraro intends to challenge Branco. Her impending candidacy prompted a Democratic committeeman to declare, "Peg Ferraro will lay waste to Tony Branco for the at-large seat, with even me voting for her. Peg's a good woman and smart." I think it's a safe bet she'd attract Democratic votes.

But Peg herself may be facing a primary, and that's got to be good news for Tony Branco. John Cusick is a Republican county councilman and committeeman to boot. Inside word is that he has recruited someone from Williams Township to face Ferraro.

Right. And the check is in the mail.

I wouldn't say that Branco's record is undistinguished. The dude was a borough councilman in Hellertown for a long time. That's nothing to scoff at. He was in office longer than John Cusick was when he ran if my memory serves me correctly (John was a township supervisor). How many on council haven't served in any elected capacity before seeking election?

I don't speak to other criticisms of him, but he does have a pretty impressive record of serving his community.

LVDem, I stand corrected. Branco's record as county councilman is undistinguished. You correctly note his service to Hellertown, and I did not mean to minimize that. I should have noted it. But he has done himself no favors since getting on county council and is pretty much an unknown outside of Hellertown.

I think he is out of his league on county council though. But at the same time he is more approachable than some of the hacks that are on council.

But his position as manager in Berks county seems to interfere with his duties on council.

LST, I'd agree. His record on county council is hardly exemplary and i think he's very vulnerable. But he does seem sincere. I would not put him in the same league w/ McClure.

he is honest and sincere. that puts him head and shoulders above most of them right there, bernie. i'll take a council full of brancos over your standard-issue NorCo politicians any day.