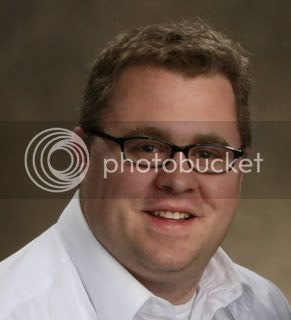 Every now and then, I check out Above Average Jane. She describes her blog as "the mostly political ramblings of a small-time, big-mouth community activist." Sound familiar?

But even Jane pleads ignorance when it comes to most county offices. "Every four years those of us in the suburbs vote for county row offices and, by and large, we have no idea what these offices are or what the people in them do." In that respect, Jane and I are different. I have a passionate interest in county government, which increasingly is becoming more important as areas regionalize to deal with police protection, open space and disaster planning.

1. What is a county controller?

The Northampton County Controller's function is described on the county website.
Our purpose is to audit County departments and entities receiving County funds in accordance with the Home Rule Charter and to make recommendations to County management that will improve the economy and efficiency of County operations, ensure compliance with laws and regulations, and strengthen internal controls safeguarding County assets.

The County's Home Rule Charter established the Controller's office as the internal audit function of the county in 1978. The Controller is elected and is independent of the executive, legislative and judicial branches of government. The Controllers Office conducts financial and performance audits of agencies receiving, disbursing or authorizing the disbursement of County funds, as well as the records of contracted service providers. Office activities and accomplishments are summarized in the Controller's Annual Report to County Council.

2. Who is the county controller?
Northampton County's current controller, John T. Schimmel, has come under attack because a criminal division employee, whose office had miraculously escaped an controller's audit since 1992, embezzled around $120,000. But Schimmel can also take credit for recently discovering that the county had wasted nearly $200,000 on bogus health insurance claims and credit card abuse. He's seeking a fourth term to this part-time, $39,000 per year, position. Schimmel is also the accountant for Easton Area Joint Sewer Authority and maintains a private practice as a public accountant.

Although nominally a Republican, party leaders will tell you Schimmel's no politician. A few years ago, they got all worked up over Schimmel's decision to support family friend Mike Koury, a Democrat, for judge. Party boss Mark Hoffman huffed, "He's a great accountant, but not very politically astute."

Frankly, that's something I like about Schimmel. Party affiliation should be pretty much irrelevant to a controller.

3. Steve Barron Thinks He Can Do Better

Steve Barron, a lifelong Northampton County resident, thinks he can do better. Tuesday, he announced his candidacy, declaring he would be a "true fiscal watchdog." He has pledged to audit every office, no matter how small, at least once during his four-year term. "I am calling for open and accountable county government for each and every tax payer. ... During my tenure, the Controller will conduct fair and professional audits of every county office."

Steve's campaign kindly provided me with an announcement. Here's an excerpt.

The Bethlehem Democrat’s first bid for public office comes just months after the District Attorney launched an investigation into whether a deputy clerk embezzled nearly $100,000 in bail money. The county office was last audited in 1992.

Barron's strong academic record and professional experience make him an excellent choice for Controller. After completing his undergraduate work in government and politics at Widener University, Barron immediately entered the school’s law program and received his J.D. in May 2002.

Barron has been active in the Democratic Party as a volunteer since his late teens. Last year he earned high marks for his work when he was appointed Treasurer of the Northampton County Democratic Committee.

Barron, his wife Erin, daughter Emma, and dog Charles are lifelong residents of Northampton County, with strong ties across the community.
What doesn't come across in a press release, unfortunately, is the personality. For someone seeking public office and who has such credentials, Steve comes across as a very organized, level-headed and humble man. He's got a nifty website so the dude must be serious. I'd like to see how these guys campaign before I decide. But I'll support Barron immediately if he tells me his dog "Charles" is named after Charles Dertinger.
Posted by Bernie O'Hare at 2/07/2007 07:05:00 AM

I'll vote for any man who names his dog Charles. Beat the hell out of FooFoo or Fido. Give the dog a real name!

Actually, I can't vote for him. I don't even live in the county.

LVDem, I've just been infirmed that Charles Dertinger was named after the dog. Now, if you'll excuse me, I've got to take little Joe Long out for a poop.

As you know - you've seen the e-mails , one by Schimmel and the other by former Northampton County Fiscal Affairs Diretor Jean Mateff, regarding the firing of Affiliated Computer Services contract employees Jeff Britland and Karen Brandau for blowing the whistle on the hacking of the Government center's computers.

The county took no disciplinary action against Schimmel, Mateff, and ACS, nor against Northampton County District Attorney John M. Morganelli, who knew of the hacking from Britland's and Brandau's disclosure but initiated no action of his own.

Schimmel also cleared the abuse of the county's cell phones, administrator Jim Hickey's communications instrument while standing outside the Government Center where he could smoke and his conversations like those with the county's DCED director who was down in Myrtle Beach, South Carolina, swapping spouses with a New Jersey dentist.

Ce;;-phone abuse violates Pennsylvania law, just as the possession of a "red box" communications device is a violation of federal law.

Just ask Ed "Bernie S" Cummings who was also convicted of state-statute violations in Northampton County Court of Common Pleas with Judge Jack Panella presiding and in the local press, in the mid-1990s.

Billy, I just brought Little Joe Long in from his poop outside and now I'm reading yours. Sit, Billy. Roll over.

Hey, I had a dog named Fred for 17 years. I still have one called Ethel Mae. The others are Lucy and Sally. Maybe that's why I lost the election, they didn't have formal names!

Thanks for the mention. I'm taking on prothonotary next.

to be perfectly accurate, you took joe long out to make a bernie.

I suppose I deserve that. Actually, I deserve far worse.

Billy, Bernie:
Has anyone ever really done any research on Jeffrey Britland before all these posts portray an innocent man pushed out of his job? Do you in fact know that the security breach wasn't performed by Jeffrey himself to scam the county all those years ago? I wonder if this was ever checked? When you google search his name do you in fact see he was prosecuted for "Child Pornography and Smuggling" across national borders? Did you know he is labeled as a "Registered Sex Offender" in Canada as well as the US? I wouldn't put much stock into his innocence with Northampton County. In fact I would re-examine the security breach with Certified Security Experts. I wonder if Mr. Britland walked away with money from this situation that he supposedly uncovered...
A Concerned Citizen