Mattei is on the Way! This Thursday! 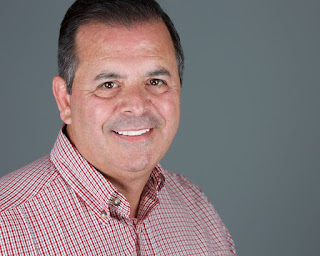 At this time, Joe Emrick is the State representative for the 137th legislative district in Pa. It's a slice of the eastern portion of the slate belt, and reaches into Stockertown, Tatamy, Nazareth, Upper Nazareth and includes a portion of Palmer Township. Though it's a republican seat, it was represented for ten years by Democrat Rich Grucela. Democratic write-in candidate Dave Mattei would like to pick up where Rich left off and actually represent the people instead of a consortium of lobbyists and developers like J.B. Reilly.

Dave's campaign kick-off will be this Thursday, 6 pm, at the Farmers' Insurance Office, located at 6 South Broad Street in Nazareth.

Mattei opened the Farmers Insurance agency in Nazareth four years ago, serves on the board of the Nazareth-Bath Regional Chamber of Commerce, and is a member of the Nazareth Rotary. He lives in downtown Nazareth, not far from my estate, and I sometimes wave at him or have one of servants lift my arm and do it. He is a former New Jersey State Trooper.

This is his first run for political office.

Former State Rep. Rich Grucela is reportedly ready to offer his endorsement and support on Thursday.
Posted by Bernie O'Hare at 6/08/2016 12:14:00 AM

I have heard great things about him. Heard he is a straight up guy and a great business man.

Thanks for the heads up. I'm switching insurance agents.