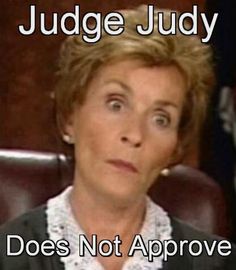 I like Lehigh County Director of Administration Dan McCarthy. I even supported him in at least one of his two runs for Judge in 2007 and 2011. Voters did not. But pay no attention to the will of the people. "Reformer" Tom Wolf and Senate Republican and Democrat leaders have worked out a deal that removes the people from the equation completely, at least for now. Wolf has nominated 30 people to judicial vacancies.

McCarthy, already 68 years old, will only be able to serve two years.

He was at one time closely allied with Allentown Mayor Edwin "Fed Ed" Pawlowski, who is a target of a federal investigation into political corruption.

Without question, both Zito and McCarthy are well qualified. But undeniably, they are insiders.

For the scandal-plagued state Supremes, it's another insider- Superior Court Judge Sallie Updyke Mundy. Once again, she is more than qualified. She recently penned an opinion affirming a five-year minimum sentence imposed on a woman who acted as a straw purchaser for several guns that ultimately found their way into the hands of a convicted felon. But she has married her way into a family that includes a prominent Scranton lawyer, former Luzerne County State Senator, former Luzerne County Commissioner and former Dem party boss.

I know there's a big movement to take judicial elections out of the hands of the voters and put them in the hands of our betters who know better. But as these most recent appointments prove, this just substitutes one form of politics for another.
Posted by Bernie O'Hare at 6/14/2016 12:22:00 AM

Thought you would lay off the hate speech , even if just for a day.

Hate is a real problem in our society.

The stigmatism of being a drunk, disbarred attorney must have lifelong scars.

Wasn't even the hint of hate in that post. Until the last sentence in your comment, you anonymous hater, you. Peace.

Anonymous 3:58
You are a coward by the highest standard of the definition of "Coward". You yourself are probably half drunked up or on dope. Let me guess, you most likely spent some time in jail and you have a reputation for beating up helpless women. You also have a penchant for beating up people that have paid their dues to society, as well as supporting ISIS views. What a Jerk.

The not so honorable Dan McCarthy is the same person who accepted $4,000 from the Citizens for Urban Renewal [J.B. Reilly and Joe Topper] and laundered it to his current boss, Tom Muller [Lehigh County Executive] in 2013. Of course, this is another classic example of political corruptness in the Lehigh Valley and this wonderful Commonwealth. I know this is legal here in PA, but it sure stinks! We need another politician as judge who will make decisions on political survivor-ship, rather than legal brains and sensibility.

"McCarthy, already 68 years old, will only be able to serve two years."

Could be more if the referendum to raise the retirement age passes. Has he agreed not to run? What's up with the opening in Freemansburg?

3:58 ..wow, you are an angry person with some serious issues.

Could Wolf be any more of a phony from what he campaigned as?

Todd Strohe died over 15 months ago. If it was important to fill this vacancy before the next election, why did it take the Governor so long to do so?

Mezzacappa took Morganelli to the Superiror Court when he refused to do her bidding ad arrest some of her enemies. The Superior Court laughed at her. Now she spews her anonymous hate here. She knows that if she signs her name, she'll get hit again with defamation.

As far as juducial elections though bernie, I disagree, as long as it is done properly. I think PA is one of only two states hat elects our judges. It's PA and Alabama I have heard. If the bar association were to be involved and review each potential judge and were given perhaps the sole right to recommend nominations and the Governor could pick one from their three suggestions or something.... electing judges is a popularity contest and its how you get unqualified people especially at the MDJ level. It's how Roy Moore continues to sit in Alabama. But you are not wrong that if it's just a political nomination that is also problematic. I am just saying that it "could" be done as an appointment in a better way

Your information is way off. Thirty-nine states still elect trial judges. Thirty-one states still have at least a modified form of election of appellate courts.

I detest the ability of some idiots in a back room deciding who should be a magistrate in Upper Mount Bethel. I wold prefer to see voters make the mistake.

The Lehigh County voters said no to McCarthy twice. What's that telling You about the man ?

Alicia Zito has never actually practiced law and is completely unqualified for this position. #nepotism

Is that the same Rich Fegley of the infamous Allentown Brew Works with the multiple health code violations? Why would anyone take anything he writes seriously?

Because he signs his name an accepts responsibility for his words, that's why! You, on the other hand, trade in lies and are thankfully being sued for defamation. Go away, little boy.

Please tell me what I am missing in 3:58 AM's post ... who is Ronny? Ron Angle? They wanted Ron Angle appointed to a district magistrate's position? Why would he want that headache? Or is it some other Ronny the person that posted that comment is eluding to?

I have no idea what point 3:58 is trying to make. I was unaware that Ron Angle wanted to be a judge. He told me he'd rather just stage a coup.

Waaaaaa.... No mo Terwood Griggee? When we weeeeraeely weerally wanted to keep the town drunk who has borrowed money and owes everyone in town da judge... now whaaaaaat will we do.

I wonderrrr if being in ta elks will til get me off for drunkin drivin by da judge weeeeee really.....

This story has nothing to do with Ron, but he is injected into this story by an anonymous coward who wants to bash him. Do us a favor and get some help.

I was reading an article about Dan McCarthy being appointed to Judge Ford's vacant seat on the bench when I learned that the scumbag judge that killed my mother by not giving her due process and listening to two social workers in chambers who told him third-party false hearsay and gave her no hearing before writing an 'emergency order' when there was no emergency..
That judge was Ed Reibman and he's now the president judge. He not only had the first and only hearing five weeks later, and denied opening the hearing to receive evidence that refuted the rescission of my Power Of Attorney, he also was confronted in open court years later as I was losing my home, he then doctored the transcript so the incriminating parts weren't included. I filed a federal civil rights suit stating the twelve different violations of my rights, but was denied three times by Philly clerks.