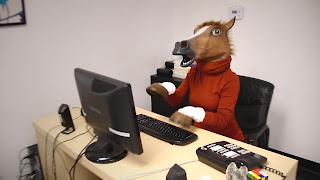 Who are Northampton County Council's workhorses, show horses and no-showhorses in 2015? What is their attendance, including Committee participation, where most of the real work is done?

This is my annual report card, something I have done since 2006.

In addition, its committees met 30 times. Each Council member is encouraged to attend those meetings, regardless whether he or she is a voting member. The committees that do meet are an indication of what issues concern Council members.

As might be expected, Finance and Personnel head that list. They each met 10 times last year. Human Services was a hot Committee, too, meeting eight times. Other committees doing a lot of heavy lifting were Economic Development (4), Open Space (3) and Capital Projects (6).

Some committees never got rolling. Despite the need to address regionalization and shared services like 911, Peg Ferraro failed to call a single Intergovernmental Committee Hearing this year. Also, though it is more than clear that both the Administrative Code and Home Rule Charter are in dire need of an overhaul, Mat Benol only conducted one or two meetings for what is now being called the Courts and Corrections Committee.

This year, Bob Werner is Northampton County Council's Workhorse of the Year with a perfect record, the first I've ever seen. He attended every meeting and will receive a Major Award from Lehigh Valley Ramblings at the beginning of next year.

A retired teacher, Werner has taken a bipartisan approach to government, even to the point of inviting all Republican Council members and Executive John Brown to his Christmas party. I'm told one of them refused to attend simply because Werner is a Democrat, and I hope that's untrue.

We have a tie for second place. Right behind Werner is last year's Workhorse, Scott Parsons and Council President Peg Ferraro. Both have a 93% attendance record.  .

After receiving my award last year, Scott lost the election. He tells me he was too tired to campaign.

Peg's record is amazing, In addition to her 93% attendance, she also attended biweekly meetings with the Executive, and is the County's face at many functions.

This year's B students are Hayden Phillips (85%) and Mat Benol (83%). Phillips is weak on two committees, including open space and human services. He may not like those areas of government, but that's all the more reason to attend their meetings, especially since human services disposes of 2/3 of the County budget. Benol appears to be juggling the responsibility of his private sector job with his public employment.

This year's C students are Ken Kraft (78%) and Glenn Geissinger (76%). They were both slackers last year, getting by on their good looks. It's not working.

The two failures are Seth Vaughn (64%) and Lamont McClure (48%). McClure decided early in the ear that he was leaving public office, but his attendance this year is actually better than it has been in the past. But he still flunks.

Seth Vaughn misses these meetings and then has the gall to ask that the same matters presented in committee be repeated again, entirely for his benefit. Vaughn should really resign because he lacks the time to do anything except vote the way Brown tells him.
Posted by Bernie O'Hare at 12/31/2015 04:23:00 AM

Werner and McClure are running for county executive. Also someone said that Werner has a part-time job, do you know what it is Bernie?

Good job on reporting. That being stated I would not praise d Ferraro that much, she never called any meetings of her committee, not good!

Also word around the courthouse is there are problems in Human Services with management, any info on that?

Bernie thanks for this, it's great information. Any idea if anyone tracks this for Lehigh County?

Guaranteed that Werner will be running for CE in 2017. He's just building his reputation as a hard-working public servant. Good for him!

Werner does not stand a chance at winning county wide. Nobody knows who he is outside of the Easton Democratic Club. Waste of money and time to run for him.

I'm not so sure McClure is running for anything. He was very close to his father and i think he's taking stock of what is important and what is not. So I would not count him in. Nor would i count Werner in. I have heard from several that he is running for Exec, bit have not heard it from him.I agree he would have an uphill battle.

I believe the judicial race between Scomilio and Murray was something of a referendum on Brown, and he failed. So Brown is vulnerable, but I would say the job his re-election chances are still good. Most people don't follow county government, and would react positively to Brown's reductions in health care. They would hold the $300k plus due process blunder against him, along with Cathy Allen, his penchant for consultants, locking council members out of a news conference with armed guards and his abuse of expenses. But he has mostly kept his head low and will avoid giving offense this year when he runs for auditor general, unless the GOP has decided it likes someone else more than him.

Bob is largely unknown, outside of a few Easton Democrats. And Easton is no longer a power base. He can't rely on an Italian last name or Lebanese roots. He would have to do what brown did - spend a lot time going door-to-door in Bethlehem.

There are two Democrats being courted. If wither decides to run, the race is over.

I wish more members would not show up. Whenever they get together, taxpayers get screwed. Here's to watching more government inaction in 2016.

"Bernie thanks for this, it's great information. Any idea if anyone tracks this for Lehigh County?

I did it in LC once or twice, but stopped. If i covered LC like I do NC, I would provide this information.

"Guaranteed that Werner will be running for CE in 2017. He's just building his reputation as a hard-working public servant. Good for him! "

He has that reputation since he has been with the County. Last year, he was right behind Scott.

"There are two Democrats being courted. If wither decides to run, the race is over."

Bernie, Boscola is not running, she has a great job and doesn't want the aggravation. Your other mancrush guy is no shoe in. He is as much a shoe in as county executive John Callahan

You have no idea who I am talking about, and it drives you nutz. Good.


Wonder what the Allentown council would be rated If Bernie used them in a test . To compare how government works for the public .

Not to mention . Who was the best Mayor in the valley ,and who was not ? Compare the two counties Lehigh and Northampton .

Would make good reading . Than the paper could copy as news !

Bob WERNER IS a DEM . I have personally known him since 1977 or 78 he is a standup guy . He has never had any integrity issues that I know of ,unlike some others in politics . He is - and has away's been a good neighbor to his neighbors. My only problem with him is he is a former school teacher and they fail historically as a group - at management and numbers. They never had to 'proof out ' like industry. He has away's been honest however, and a real good man here in Easton . So --even though I'm an R -and hard leaning - unless an Annapolis grade -R- dives in, I would support Bob for sure.

Bernie that comment was me -Peter J.COCHRAN -Easton ,Pa i don't know why it say's P said

Let me say this - The reason there are few percentages of MALES in grade school today is because there is no DRAFT to a WAR . In this post LVR -the people who read this post ,most have never been to OR THOUGHT ABOUT any war and don't think in terms of those who have, unlike me AND Bernie who's father was a POW .-SO- 2-S deferments were the deal from the teachers union lobby, the NEA during the Vietnam WAR -allowing a whole bunch of PEOPLE TO BECOME teachers to avoid the draft and now they run for office ,representing the taxpayers . Well =you fill in the blanks and who did we haVE in the past. ASK NOT WHAT A 2-S can DO FOR YOU.

Word on the street is there are numerous Democrats going to run for county executive. As an open seat it will attract many candidates. No one has a lock. One name that has come up is Ken Kraft. He has the same problems as Werner and McClure, only known in a small area. No county wide recognition. Best bet for them is a well known proven county name. The so-called leaders of the Party gave us John Callahan and that worked out really well.

Phillips may run for county executive if Brown doesn't, so it will be tough for any Democrat.

The tea party is a solild Republican voting block and they come out strong in all elections.

7:32 where do you get your info? I am not and don't want to run for County Executive

7:32 is talking out her ass, as usual, but I agree Kraft would make an excellent exec. Though Kraft only gets a C on attendance this year, he is in demand for his prowess as a skilled negotiator. I'm still trying to figure out how he got Brown to cave on the wage hike for nonunion employees.

Anonymous coward, If you want to post an OT attack aimed at one of my readers, identify yourself. I want your name and contact information so I can verify you are who you say you are and so that m reader knows who to sue for libel or prosecute for harassment.

Ken Raft need not worry about Jim Gregory, he is not interested in running for county council, so Ken can breath easy. If Jim even stays in politics it will be to return as the premier political consultant in the Lehigh Valley or run for Mayor of
Bethlehem to clean up the real mess that has befallen the city.

The best bet is that he will return and begin his new ministry dedicated to spreading the word of God and teaching others how to forgive. Word from his friends is he wants to help others who have lost their way to learn from the harsh problems that befell him. His charismatic charm and way with words will no doubt win many converts. His message is one of love and forgiveness as he has forgiven those who persecuted him. In another month he will no doubt be back and then we will find out what his goals are.