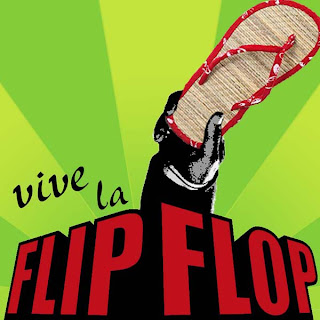 Leslie Altieri is seeking the Democratic nomination to oppose Marcia hahn for State Representative. When I spoke to her at Friday's forum on the state budget, she was critical of Hahan's 2011 vote for the NIZ. "Altieri was also critical of the NIZ legislation, which Hahn supported in a 2011 vote.

"We don't need to make those investments if it's taking away from other people who directly need our help now," Altieri said at the time. In fact, I recorded her to make sure I would not misquote her.

Now, according to what is apparently a public statement on her Facebook Page, Altieri claims she supports the NIZ.

"I would like to take this opportunity to state that I am in full support of the development of the Neighborhood Improvement Zone in Allentown which will include the new Phantom’s hockey arena. I believe that this will promote job and business growth in the Lehigh Valley – starting from the construction which will employ many skilled and outstanding union workers, to bringing in many new businesses which will hire local employees and create significant positive financial impacts.

"The NIZ is a permanent investment in the future of both the Lehigh Valley and for Allentown. Since the time when I first moved to Bethlehem back in 1998 to attend Moravian College, I have seen a lot of positive changes and know this is an area that is continuing to expand for the better. I knew that this was a place where I would want to stay, have a home to raise a family in, work and become part of my community; which is what I am proud to be doing now!"

So a vote for Altieri is a vote for the NIZ, a vote to support the appropriation of EIT revenue from her own district to prop up the sinking ship known as Allentown.

In Altieri's case, she seems to like those union construction jobs, even though limited state tax revenue is being dverted from the programs she claimed to support on Friday. In Hahn's case, it appears to be an unwillingness to oppose State Senator Pat Browne, the Majority Whip. In both cases, it's a lack of leadership.

Updated Noon: Altieri's NIZ answer is posted on Youtube. I taped her on my flipcam to be accurate. I should have spoken to her in more detail, but she said what she said.
Posted by Bernie O'Hare at 4/18/2012 08:32:00 AM

So I guess that this make her a politician before she is even elected, flip flops on issues to get votes and appease any and all potential voters!

I'm just totally frustrated with those who want to make a run at politics and turn into the same slop that made me feel this way!

What is the answer?

I made sure to tape her so I did not misquote her. Perhaps I did not talk to her long enough.

Exactly how many of the Union construction jobs will be "permanent"?

I guess it doesn't matter, just so long as those Union dues flow into the Democrat Party coffers --- like always!

I am really surprised by Leslie's comment on F/B. I know I quoted her accurately. Perhaps I should have spent a little more time with her on this topic. But I am still disappointed.

This lady is already a pancake. Flip-Flop!

This lady is already a pancake. Flip-Flop!

I know Leslie pretty well and have a great deal of respect for her. She is hard working and consistent. Why don't you ask her to clarify her position? Honestly you won't find a more humanitarian individual.

your 0859 comments says that you taped her! Just produce the tape for all to hear NP.

10:30, I did tape her so I would not make a mistake. I told her I was taping her as well and that was why. I will load her NIZ answer on Youtube, as you suggest.

"I know Leslie pretty well and have a great deal of respect for her. She is hard working and consistent. Why don't you ask her to clarify her position? Honestly you won't find a more humanitarian individual."

I did post a message on her F/B page. One of her F/B friends, a Terry Cooper, has responded with this: " Dear Mr. O'Hare, didn't your mother teach you "if you have nothing nice to say, keep quiet?" I'm a Mom and I'm telling you to keep quiet!"

Don't forget even Rep. Simmons voted for the entire NIZ until it became public...he then claimed he was opposed the project.

Perhaps you did misunderstand me when we spoke on Friday afternoon at the CACLV/LVFBC Forum; I stated that I support the NIZ and then continued to emphasize my concerns for helping protect the social service programs for the people who most need our help here in the Lehigh Valley. A 20% proposed budget cut across the state for social service programs is unacceptable and that is what we gathered to discuss in Bethlehem at the time. I have never changed my position on supporting the Neighborhood Improvement Zone, I do however understand the concerns that both Bethlehem and Hanover Townships present in recovering their EIT’s. I am campaigning to represent the constituents of the 138th district and will always be an advocate for what is in the best interests of my community.

Leslie, Understanding their concerns is one thing. Do you support their efforts and, if elected, would you attempt to repeal the EIT tax grab? Also, are you really willing to support a NIZ that will attempt to poach businesses right out of your district and into Allentown? Wouldn't it make more sense to require that business moving into the NIZ be outside a predetermined radius of 25-30 miles from A-town?

I am going to ask all state reps andtheir opponents to stake out positions.

I want my Palace of Sport and my Social Welfare Programs, too.

And I intend to shake down, er, ah, make the Rich pay their fair share ...

I guess the same goons that visited Mota paid a visit to Atieri. I really do think this town is being run by the mob.

... i just don't see why the State cannot finance my open hockey fees

BERNIE SAID: "Leslie, Understanding their concerns is one thing. Do you support their efforts and, if elected, would you attempt to repeal the EIT tax grab? Also, are you really willing to support a NIZ that will attempt to poach businesses right out of your district and into Allentown? Wouldn't it make more sense to require that business moving into the NIZ be outside a predetermined radius of 25-30 miles from A-town?

Yoohoo, Leslie. This constituent couldn't have asked this critically important question any more clearly. What is your response? I'm waiting....

Can you say "CRONY CAPITALISM"?

I knew you could.

She has just proven that she is indeed qualified to serve us in Harrisburg. Another one of Ed Pawlowski's ass kissers

Terry, just because she is a nice person doesn't qualify her for office. Not even elected and has already mastered political double speak. O'Hare spoke the truth. She flip flopped. Go ahead and vote for her but she will turn on you like a rabid dog when her political masters tell her too. Or when it is her best interests.

You better stay out of Hanover - part of the 138th. The legislators were snowed by Sen. Browne and he's out trying to mend fences. I don't want to see you flip-flop on issues and this won't be one you will. As a "D" you know where your funds come from - UNIONS. Hanover send Leslie a clear message.

I can't wait to here the other Representatives explain their Flip Flop vote on this issue.. EMERICK and SIMMONS both voted for the NIZ/TAX GRAB before they were outed by BERNIE!
Further, SIMMONS voted for the TAX on the Marcellus Shale and was dropped by CAP as an endorsed candidate, he was also removed from their video...