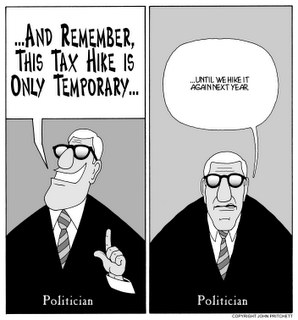 Lehigh County Exec Cunningham has already declared he's holding the lid tight on a tax increase next year. It's amazing what you can do when you don't let the judges run your county.

Northampton County is not so lucky. After letting the judges run rampant for the past eight years, the county is literally bleeding money. County Exec Stoffa told a Council committee late today he'll have to propose a tax increase in the next budget. That's no surprise. The daily buffing expenses for the judges' marble floors are alone enough to require a hike.

I have no details. I suspect you'll get those tomorrow from The Express Times or Morning Call. This is just a heads up.

The Express Times report of yesterday's Finance Committee include Stoffa's positive assertion that there will be a tax increase, followed by a statement that a hike is "probable," and a statement following the meeting that he just doesn't know.

Yeah as special as I feel when I come home from LST Council meetings! This is the same township that told me tonight that they pay consultants a lot of money to answer my questions. And they also believe that have time and time agin answered my questions bit just won't accept their answers because I don't like them. But why is my property still flooding? And the brigde still being driven over by possible overweight vehicles?

How much of this tax increase can be atrributed to former county executives and former/currnet County Council members?

What about the goat protesters?

LStr, I saw the goat protesters at lunch time. I decided to get a gyro.

Lstr, I'd say that roughly 100% of the tax increase can be attributred to Reibman anmd the former Council. The current Council's biggest mistake so far was not confirming Stoffa's choice for Director of Administration. A DA arguably might have cutr some of the judicial excesses and other extravagance.

They will be blamed for the tax increase because they did not take back $2 million from Bethlehem. But that's not accurate. They're probably going to pull most of that money.