Harhart or Upstart? Act Blue for Russ Shade in 183rd 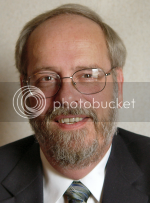 Act Blue is the common man's PAC. It's a place where we can scrape our nickels and dimes together and ship them off to a worthy Democratic candidate. And it works! In just two years, the site has collected $6 million. There are no endorsed candidates. It's up to you, bippy.

I've set up a small Act Blue donor form on the left sidebar of this blog for two interesting newcomers trying to make a difference in the land of midnight payraises. Today I'll focus on Russ Shade, Democratic candidate for the 183rd legislative district in the Northampton area. He's trying to usurp Julie Harhart, an unresponsive state rep. who has forgotten her promise to "serve" only four terms.

To retake control of the state house, Democrats need just eight seats. They're getting a lot of help from Republican House Speaker John Perzel, who defended an obscene state lawmaker payraise by incredulously claiming farmers and tattoo artists get more dough, and that some poor legislators have trouble getting credit.

Russ Shade, who managed John Stoffa's astonishingly successful county executive campaign without a dime of special interest money and against party bosses, thinks campaign money should come mostly from residents that actually live in the local community, and not PACs located in Toodeloo. But what about Harrisburg?

Harrisburg! We have a problem.

In Russ's own words,

Our legislators have made it legal for themselves to be away from the Capitol but still vote on important issues.

They vote to suspend rules so they can ram through bills in the middle of the night and nobody will notice what is going on (e. g. the pay raise).

Their approach to business taxes has driven away thousands of potential jobs.

They've failed over and over to reform the tax structure in this state, preferring instead to debate taxing candy and garter belts.

They use taxpayer-provided slush funds to fund projects in their districts (which helps them get re-elected).

They get a $650 car allowance (what? you mean if I'm a legislator I actually have to spend time in Harrisburg? Shouldn't the taxpayers have to pay for my traveling there in style?)

Instead of being reimbursed for actual expenses, they can take a per diem payment to use as they wish - without having to account for it..

They average 77 session days a year.

They get to vote themselves a pay raise whenever they think they can get away with it.

They insert amendments into bills for the benefit of "special interests" (a.k.a. campaign contributors).

If they fail at their job (failing to deliver real tax reform, not adhering to the PA Constitution) they get paid anyway.
Harhart can piously claim she voted against the midnight payraise, but she also voted to suspend rules that required that bill to be considered for three separate days before enactment. And all but five percent of her campaign dough is from special interests well outside her district. They take care of her, and she's taking care of them, not ordinary schleps like you and me.

If you want to take back your government, give Russ a hand and send a little dough with the Act Blue pledge from on the left sidebar. Small contributions from enough of us, even $5, will make a big difference in an important race. I've kicked in as much as I can spare, and will try each week. We can complain about Bush and Cheney all we want, but it's in the small races like these where the battle is being fought. And so the battle rages.
Posted by Bernie O'Hare at 9/19/2006 12:21:00 AM

I really like Russ. We don't agree on all of the issues, but his integrity and grit are simply amazing.

He's working his tail off but told me tonight that all the state rep races have money trouble. Most of the money is going to the BIG races, like the Senate and the Guv. But the state reps are the guys in the pits and occuply the office where refoprm is needed the most.

I don't agre w/ Russ on everything. For example, making the state legislature smaller might be bad foir the LV. Rich Grucela believes that kind of an arrangement might actually favor Philly and Pittsburg. But a unicameral body may be the way to go.

Historically, it's been very hard for local House candidates to raise ANY money. The HDCC promises them "whatever they need" to run a competitive race and then doesn't deliver a dime. Harhart has incredible polling numbers. She's so solid that Russ will not be able to break 40% unless he spends $100K in the next 49 days.

A race like this just proves that it is nearly impossible to defeat an incumbent. Russ has no name ID, no political base, no "killer issue," no money, and no "built-in backlash" to leverage.

Anon,
100k? Are you nuts? The midnight payraise is not a "killer issue"? The Supreme Ct decision to allow judges to keep their money won't remind people?

Stoffa had little name ID, no political base and no money. But he beat Reibman and then he beat Nyce. And his campaign manager? Russ Shade.

I think Russ Shade can do it because it is Russ Shade. I think it will be tough and he will need every dime we can give him.

Bernie, I think you and Russ would make a good presidential ticket

Why is it evertime I read this blog I get gas?

Eat the hard boiled eggs and the baked beans. We can do a symphony!