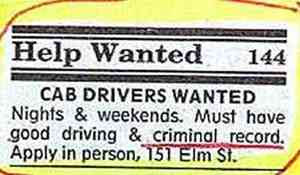 Northampton County's founding document, often called its Constitution, is a Home Rule Rule Charter that was written and approved by the voters long before there were laptops, tablets and iPhones  At their March 3 meeting, Northampton County Council unanimously approved a measure designed to both save money and take advantage of the changes brought about by the Internet. But because it is a change to the Home Rule Charter, it will also have to be approved by the voters during this Spring's primary.

This change deals with the County's advertising for jobs among its career service, or nonunion employees. Under the County's Home Rule Charter, job vacancies are posted on bulletin boards at County buildings, and must also be advertised in at least two newspapers of general circulation within the County. Council wants to eliminate the requirement to advertise these jobs or even post them on bulletin boards.

This change would have no immediate effect on union jobs, which are governed by the terms of union contracts with 11 different County bargaining units.

"The place to do advertising now is Monster," said John Cusick, referring to a popular job search website. He noted that the Internet has made newspaper ads unnecessary, and that the Intranet, accessible only by County employees, has replaced the bulletin boards.

Ken Kraft observed that when the Home Rule Charter was first adopted in 1978, he was a newspaper delivery boy for one of four daily newspapers then in circulation in the Lehigh Valley. Now there are just two.

Controller Steve Barron informed Council that the County has paid the following advertising expenses to the two remaining dailies:

"On average per year between the two papers we pay $208,192.85," concluded Barron. "If we eliminate the requirements to advertise in two papers of general circulation we would get rid of a good portion of that expense."

In addition to paying to advertise at the dailies, Northampton County provides office space to both daily newspapers at no charge, even though both newspapers have substantially reduced their coverage of both counties as a result of layoffs plaguing the newspaper industry. Neither Lehigh County nor Monroe County make these kinds of accommodations to the press.

Currently, the newspapers are housed in offices next to Barron. He told Council, "They left their lights on in my building this evening when I got there at 5:45. The cleaning people did not do it as they were in the building when I left last night after the meeting. We give them office space, pay them fees for advertising the least they can do is turn off the lights when they leave at the end of the day."
Posted by Bernie O'Hare at 3/04/2016 12:00:00 AM

Barron the expert on finances ,except his own.

I assume you're talking about a claim being made in magisterial district court over a disputed bill from a credit card company. Is he supposed to roll over and allow them to extort improper fees from him bc a lawsuit might be embarrassing? He chose to stood up for himself and I respect that. But obviously, a person who can't sign his personal attacks does not know much about character.

The change in advertising rules should be for every level of government. Small municipalities are strapped for cash, but have to pay huge fees to newspapers for advertising. The newspaper industry fights hard against such a change because these government advertising monies keeps them in business.

I this case I think the red Barron has a point. Select the news(?) Paper with the greatest circulation in Norco a be done with it.the current process seems like overkill and is expensive.

I'm shocked it's taken this long. I haven't touched an actual newspaper in years.

Eliminate all notices to he paper. Provide email or Web Access for all hearings, meetings and job postings.

Am I reading this correctly? Two million dollars?

about we get rid of this cash cow to the newspaper industry. Hope they are paying rent for a space in a government bldg. How many other non goverment offices are we supplying.

I cancelled both papers a couple of years ago. Almost all content is available on line a day or two before it ends up in print editions. The pertinent factor for anyone buying media is the number of people reached. Newspapers have crashing circulation. The Express is really a website with a print edition for those who can't let go. Compare the cost per reader now with the same number five years ago. It's startling.

@6:47,
Newspaper advertising is very expensive. You pay for the amount of content in the ad. A short help wanted ad that runs for 2 days in the MC costs about $400.

More waste , fraud and corruption coming from the local govts. That is as shocking as water is wet.

Surely there are some Lehigh Valley "Blue Bloods" who will not let Brown get away with this as they depend on that rag delivery every day. It relaxes them so they can concentrate on that daily shit ritual...

This is one of the first things I agree with. You see, I'M a former accounts payable employee of the county for many many years. The amount of money the county spent on advertising was ridiculous. Jobs aren't the only form of advertising. So be careful you don't eliminate ALL ads. There are still announcements that I believe need to be posted. Orphans court, wills, county council, tax claim, etc. I agree with job positions not being advertised, however, how much will it cost to post them on Monster? It's nice to see money being spent within the county giving people jobs. So beware,

Dear Ms. Mest, You are missed at the County.

"I this case I think the red Barron has a point. Select the news(?) Paper with the greatest circulation in Norco a be done with it.the current process seems like overkill and is expensive."

It was suggested last night that, to the extent possible, the County use just one newspaper. The ET is cheaper, but has far fewer readers. According to the Clerk, The Morning Call is terrible to deal with when discussing ads.

"Am I reading this correctly? Two million dollars?"

"More waste , fraud and corruption coming from the local govts. That is as shocking as water is wet."

This comment makes zero sense. This is an attempt at less waste, fraud and corruption. The County is doing what it can to reduce advertising costs. But much of what it does is regulated by state statutes on advertising.

It would be cheaper returning to the days of Town Criers as needed. The can shout the public announcements as they ring their bells and yell, "Oyez, Oyez, Oyez!"
More people will probably be aware of the news that way, since nobody wants to pay $1.50 for the local rags. Criers and the Internet is good for me.

" Hope they are paying rent for a space in a government bldg. How many other non goverment offices are we supplying. "

They are not, and the coverage from both dailies is horrible.There is next to no coverage of committee hearings, and the ET does not even send a reporter to cover Council.It sends a stringer who they are too cheap to hire. We are subsidizing their failed business model.

"Eliminate all notices to he paper. Provide email or Web Access for all hearings, meetings and job postings. "

State law mandates much of this advertising.

"Small municipalities are strapped for cash, but have to pay huge fees to newspapers for advertising. The newspaper industry fights hard against such a change because these government advertising monies keeps them in business."

They are strapped, and get no coverage.